These have been in the news a lot lately.

Christy and I decided we’d get avalanche airbags for each other as Christmas presents this year. And even though we haven’t been backcountry skiing at all this season due to the dicey conditions, we know they’ll eventually see some use.

In the meantime, we’ve been familiarizing ourselves with them, from test blows, to repacking and refilling the canisters. They work great. 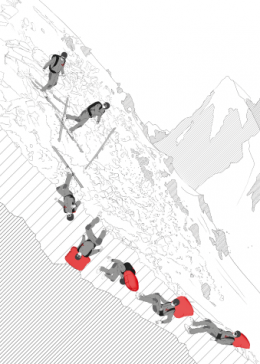 The idea is based on the principle of inverse segregation, which according to Snowpulse, a leading manufacturer, “is a phenomenon that results in the biggest particles of a fluid in motion, at equal density, being on the surface after a certain amount of time. Inflated, the airbag raises the victim’s volume and decreases their density, it therefore increases their “ floating ” capacity during an avalanche.”

There are several popular models available these days and they all have some pros and cons, so rather than deliberate the details forever, we just picked one– the 30-liter Mammut model. What we like about this particular brand is that the whole airbag system is removable (called R.A.S.) and can also be re-integrated into other size Mammut packs, meaning the packs are able to be used for other purposes and other seasons without the R.A.S. system. This year, a 30-liter and 22-liter pack is available, next season two more sizes will hit the market.

While this technology is not new, the high number of avalanche accidents this season greatly increased the airbag discussion. Some claim the backpacks encourage increased levels of risk and bad decision making by giving users a false sense of security. One video in particular (below) that went viral on the internet earlier this winter shows a snowboarder who was saved by her airbag. But afterwards, many accused the group of being reckless, because they were riding in terrain known to be very risky, and on a day rated to have”considerable” danger. Hindsight is 20/20 and I don’t find that criticism to be entirely fair. I see the video more as a testimony to the airbags effectiveness than anything.

We’re not planning to take on more risk or allow ourselves bad decisions. Neither Christy nor I have ever been caught or buried in an avalanche, and we certainly don’t plan to anytime soon. Our take is simple. Prior to getting these packs, the avalanche safety gear we carried with us was intended to help find a partner once they were buried, a scenario we’d all like to avoid. The airbag can prevent being buried in the first place. We think that’s a good thing.

Thanks to Dirk at Aspen Expeditions for getting us all set up. I’d recommend giving the shop a call if you’re interested in purchasing one. They carry a lot of different brands and models. 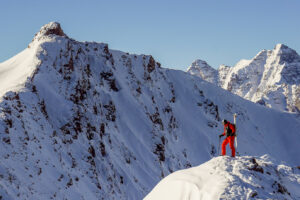 Low risk vs. No risk 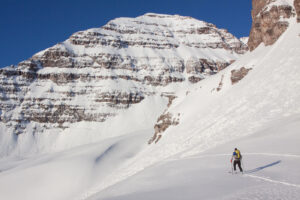 Springtime in the backcountry 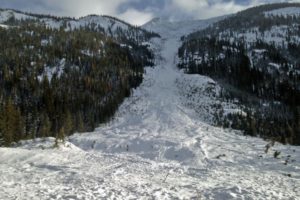 Independence Pass Or don’t even go. Here are two photos[...]