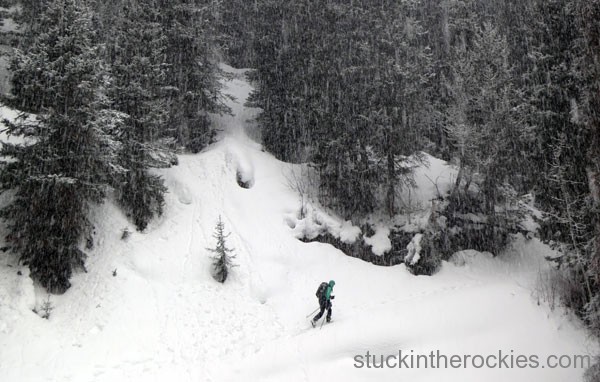 The third and final climb of the day, out of Lenado to Four Corners and home.

In seasons like this, when the steeper backcountry skiing isn’t all that safe, we keep ourselves busy with races. And part of the fun in that is in the training days.

Many of the seasons races are already behind us. The Power of Four, the Vail COSMIC (for Christy), and the Highlands Skimo Series are all wrapped up. But we still have the Breck Five Peaks next weekend and the Grand Traverse the Saturday after that. Even though we’re probably good on mileage, the weekend forecast looked pretty lousy, so Christy, Anda, and I set out for another long day. This time, we connected the two original 10th Mountain Huts– McNamara and Margy’s— from a start at the Hunter Creek trailhead.

The route, in blue. We took it counter-clockwise. The red line option allows for a half loop. Click to enlarge.

For beta, the route was about 8 hours and just under 25 miles in length. You can choose to start at either Hunter Creek or Lenado. We’ve done both, and even integrated the Woody Creek Trail (in red on the map) for more options. You can count on the routes to both huts being pretty well traveled, but you might be breaking trail for the sections in between. There is some signage, but plan on paying attention to the map if you haven’t been there before. Or maybe even if you have.

Whether it’s for training or just a long walk in the woods, it’s a sweet loop. Apart from a couple of skiers at the huts we didn’t see a soul all day. 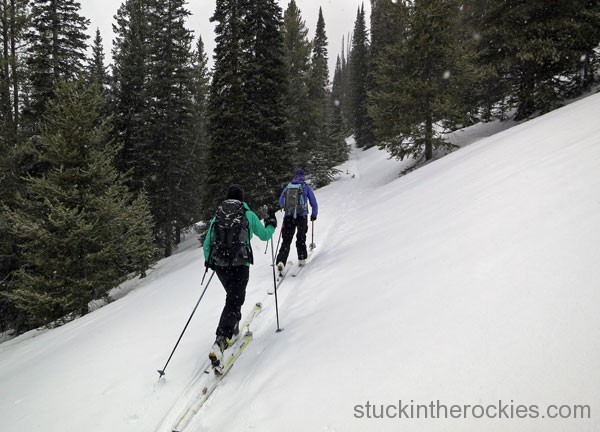 Starting on the traverse to Margy’s.

A random sign for Margy’s along the Woody Creek descent. 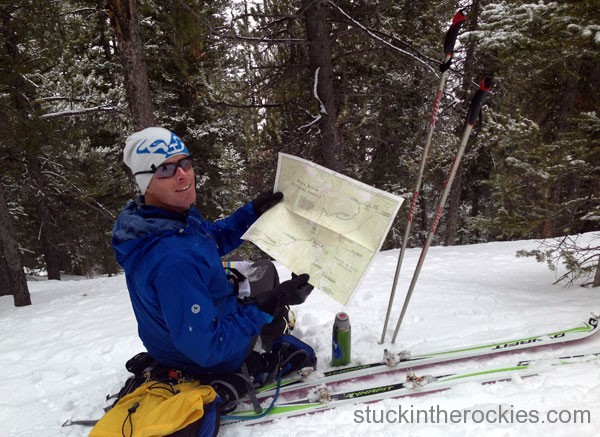 We’ve done this loop in some form four times now, but there are always a few spots where it’s not quite clear where to go. Bring a map. 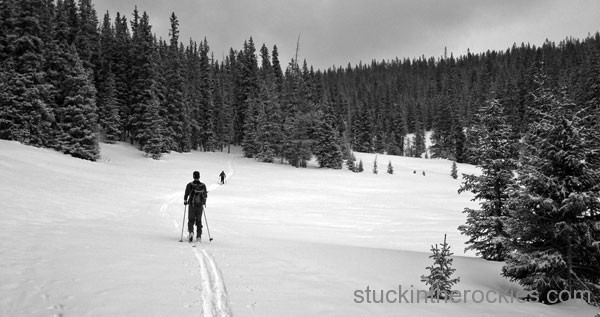 Nearing the top of the Spruce Creek climb, in Sawmill Park. 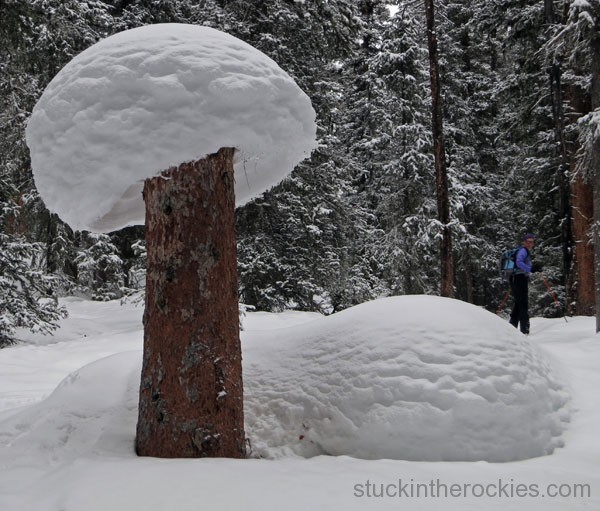 That’s a big one. 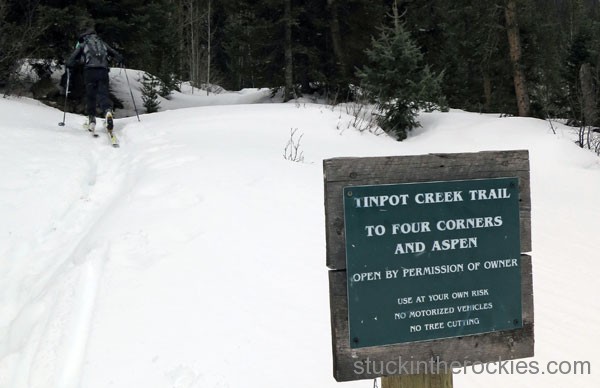 From “downtown” Lenado, locate this sign for the trail to Four Corners on the south side of the road. The sign at the top calls it the Tincup Trail. Whatever the official name may be, we followed it up and home. 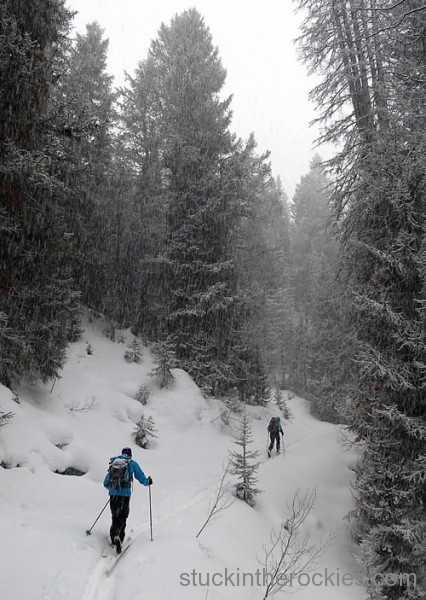 Tincup is a nice cruise– not too steep. Several snow storms came through as the day progressed, but the one we found ourselves in here was the heaviest. 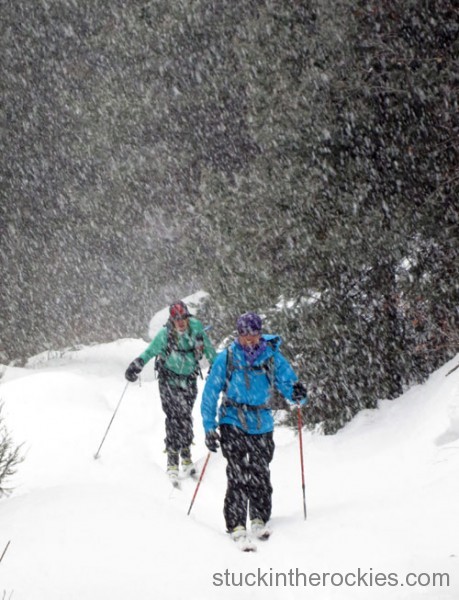 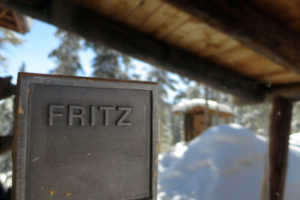 Santa leads the charge across Warren Lakes. We’ve been running[...] 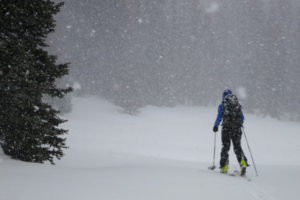 Along Spruce Creek, on the way to Margy's Hut. 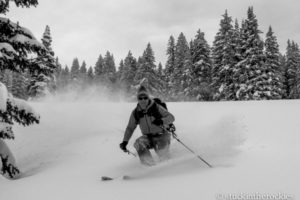 A awesome perspective from Bald Knob. Tim phoned to say[...]