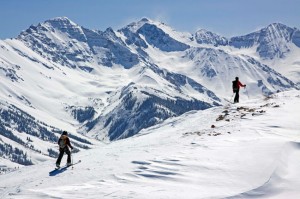 While the hoardes were walking slowly in line up the Bowl, out here three was a crowd.

The signs were pointing to an exceptionally busy Saturday at Highlands. Bluebird skies, the annual Blitzenbanger party, a foot of new snow the day before– Dirk, Christy and I knew it would be fun to be there, but we sought a bit more solitude. We could (and would) rejoin the apres festivities later.

So we decided to hit one of our favorite lines on Highlands Ridge and made it a “one and done” day.

Actually, we hoped to ski more than one run but things just took a while. For starters, the glacial pace up the Bowl resulting from the crowds was slowed even further by the wind and cold temperatures. Once at the top and free to leave the busy scene, the hard work began. The new snow on the ridge was thigh deep in places and heavily corniced, and travel across it took much longer than usual. When we finally clicked in and prepared to ski, the new snow load from the day before naturally warranted a more cautious (slow) approach than normal. 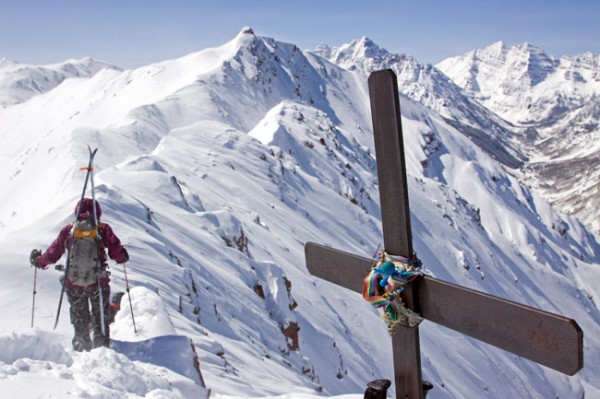 Dirk and Christy pass the memorial to Johnny Roberts and Mike Hanrahan who died ten years ago last week in an avalanche in Tonar Bowl (down to the right). We had mellower things in mind.

So one run would be all we could fit in, and it was worth it. The lower “scary moderate” layers we’ve been used to managing were all locked up thanks to the cold temperatures, and the new foot of fresh snow was well bonded to the old, or at least that’s what our assessment told us. 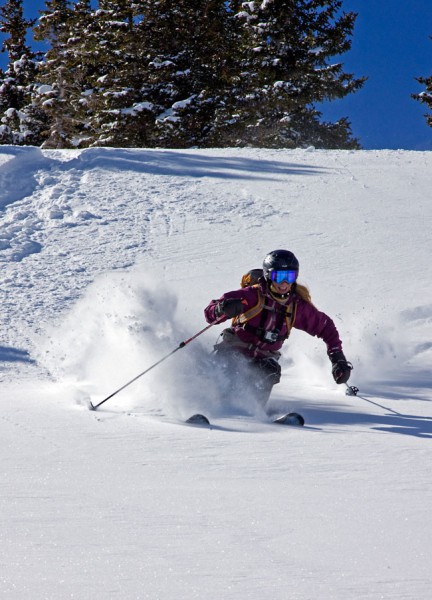 Christy’s all smiles on her new Kastles, the Chris Davenport signature Fx94’s. 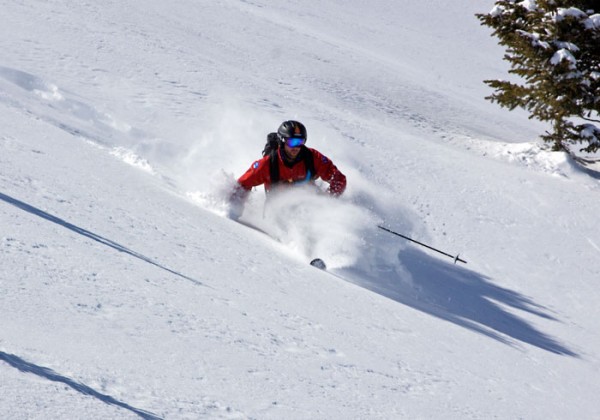 One and done is just fine with Dirk, so long as the “one” is like this. 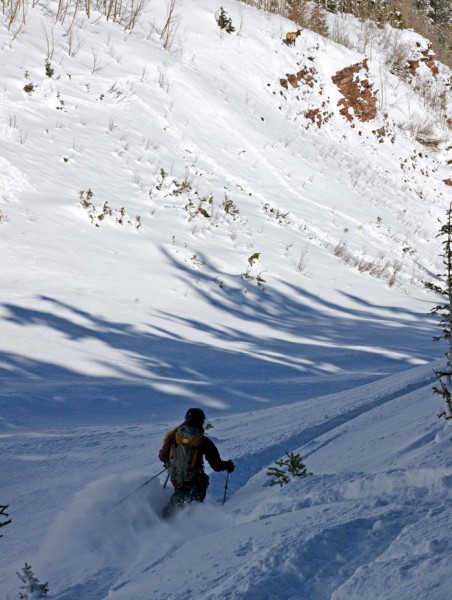 We startled a big bull elk who promptly ran into the trees (top in photo), so I guess we weren’t really the only ones out here.

And in good form we made it back to Highlands in time to catch up with everyone at apres. 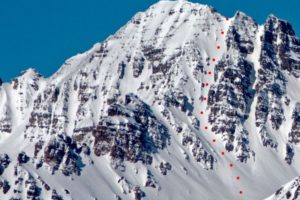 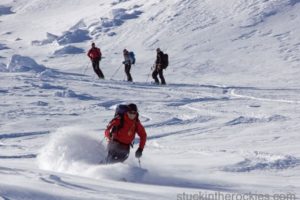