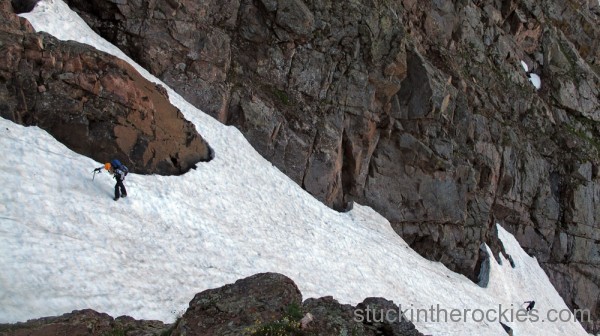 Christy and Dirk in the Southwest Couloir of Peak C.

Christy, Dirk and I had a great trip to the Gores recently, and tagged the summit of Peak C, 13,220 ft., described as “the gem of the Gore Range” according to Dave Cooper’s Colorado Scrambles guide. It was an interesting peak and well worth climbing, and I once again wondered why it is that there are so many distinct and aesthetic mountains without more proper names. Christy, not unexpectedly, felt the current designation was just fine, for the obvious reason that she shared the same first initial.

So in search of something new, and a night out camping, to Peak C we went. Starting at Piney Lake, just north of Vail, we headed up into the basin that frames “C” and its neighbor, Mount Powell, the highest summit of the Gores. After setting up camp and ditching most of our weight, we made a quick afternoon trip up steep scree to the aptly named Kneeknocker Pass, between Powell and “C”, to recon the planned route, and take a look at Powell.

The following morning we had an awesome time climbing steep snow up two different couloirs, which for the late July date felt like a novelty, and which might have only been improved by bringing our skis for the descent. 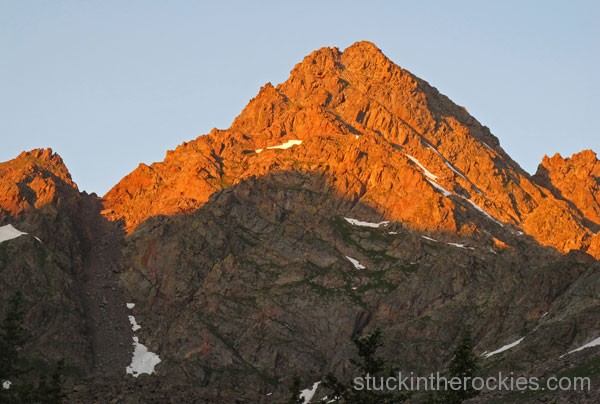 Peak C in its evening glory as seen from near our camp. The upper couloir, seen in the 1st photo of the post, is deep in the cleft to the right, and leads up to the obvious notch. We exited the couloir before the notch and climbed up near the right skyline to the summit. 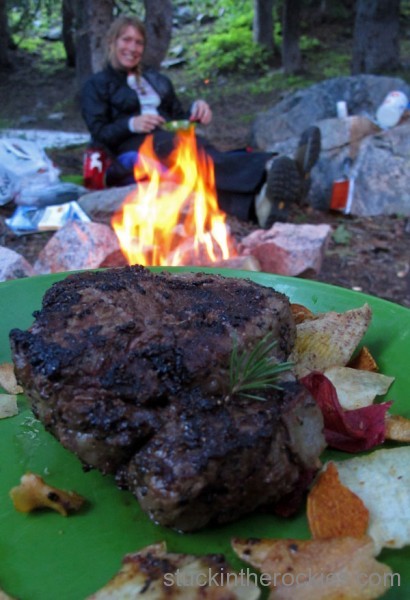 The climb was fun, but the camping was just as much a goal of the weekend. The three of us hadn’t been out together since the Bugs-Rogers Traverse. With Dirk in charge of dinner, a familiar menu was served. Note the spruce garnish.

The next day we were up and going early. The weather was perfect, and with a massive heat wave everywhere, it was pretty cool to be climbing on snow, both literally and figuratively. Dirk, seen here, climbs to the top of the lower couloir that accesses the Southwest Ridge. 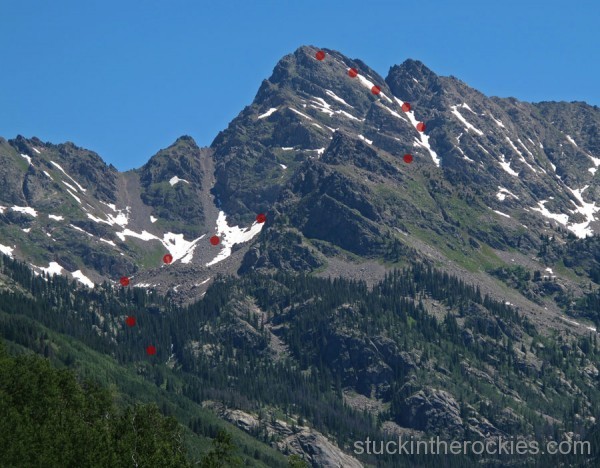 Peak C from a far. The lower couloir is out of sight (where the indicated route disappears) and the upper couloir is visible climbing towards the notch, to the right of the summit. Kneeknocker Pass is the lower saddle to the left. 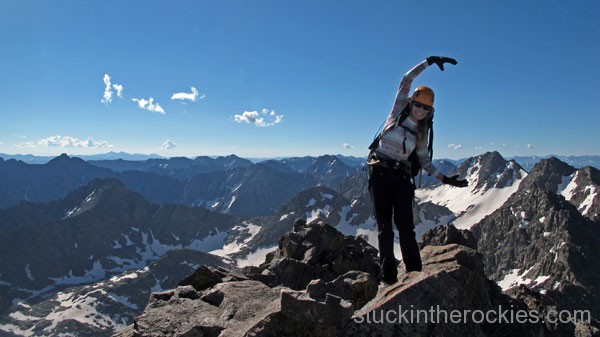 C, atop C, with the Gore Range stacked up behind. Still lots of snow out there. 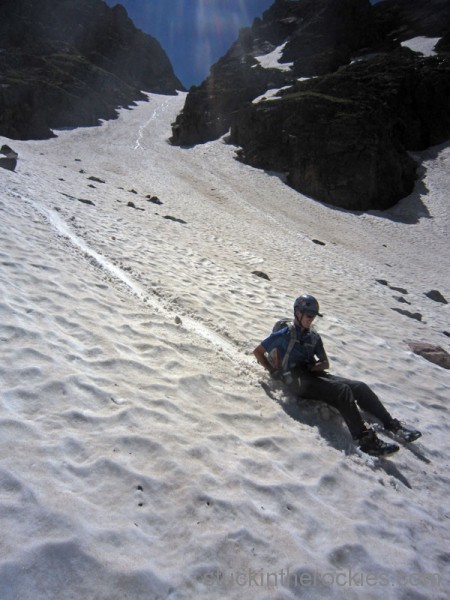 And a quick glissade down the lower couloir wrapped up a pretty cool morning. Would skis have been worth hauling in here? We weren’t sure, but both couloirs were in pretty good shape. 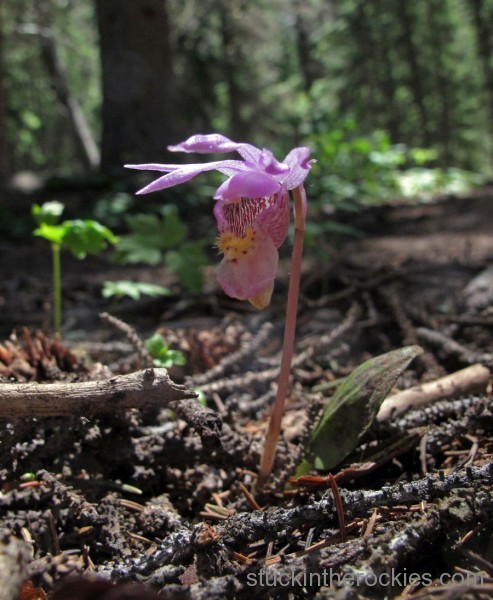 And the unplanned highlight of the weekend, after years of tracking wild flowers, we finally saw the elusive “Fairy Slipper” wild orchid. 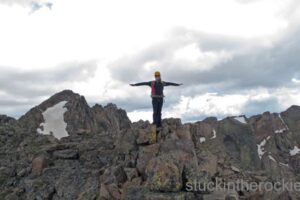 Christy and Lissa on the ridge, seen here form the[...]