The start of the loop course. Photo courtesy of the Aspen Daily News

Thanks to everyone involved for getting last nights ski mountaineering (skimo) race off successfully. Donning headlamps and the lightest touring gear they could find, about 30 people, a majority of whom were women, lined up for the 5:30pm start. It was the first of a series of four races to take place at Aspen Highlands this season, and hopefully many seasons to come.

For some time now there’s been talk of needing a weekday skimo race series in town akin to the Cycling Club and the weekend alpine skiing Town Race Series. It was great to see everyone come together and bring the idea to fruition.

The plan for now is for each race to have a different course, set by a different person. Last night’s course was laid out by local skimo veteran Max Taam, who opted for a criterium style loop course that challenged the racers to finish as many laps as possible within a set time (45 minutes). The course, in all it’s greatness, can be seen below in a sketch Max drafted. 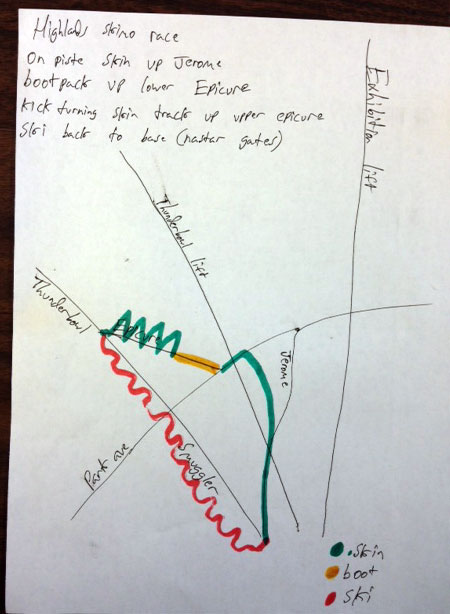 Looks like fun, right? These course’s have skiing, uphill boot track climbs, and of course a ski descent.

It proved to be really fun. The top guys– including newly crowned National Champion John Gaston— got in four laps in the allotted time. Many others logged three, but even those who showed up on heavier gear and could only finish one or two seemed to have a really good time. The only results I’ve seen so far are below. 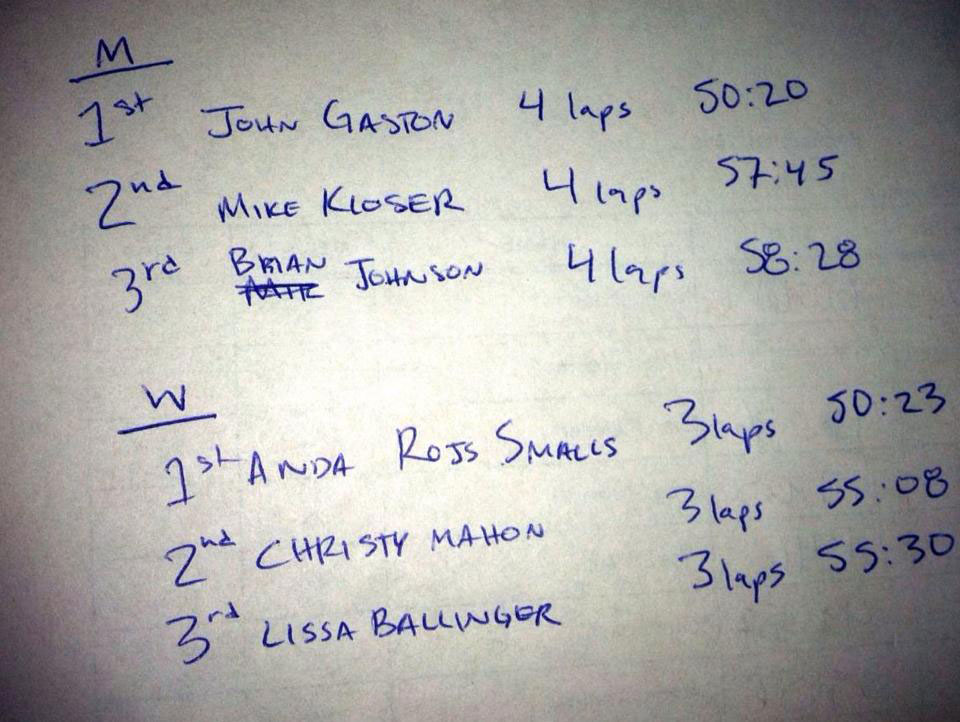 Congrats to all, including these six.

The next race is Feb. 5th, on a course laid out by Pete Gaston I believe. I’ll get my shot to put a course together for the following race, Feb 26th, and the final race will be on March 12th. 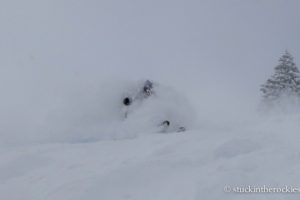 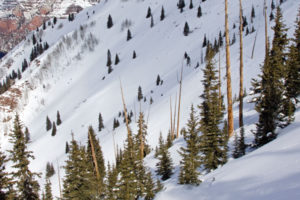 Adam Dennis drops into the “facet farm.” On the plus[...] 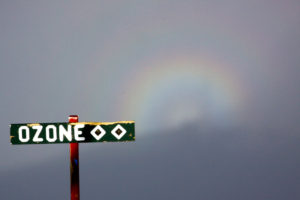