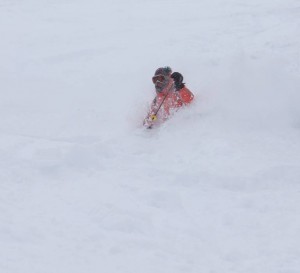 Amy Beidleman agreed it was likely more than 3-5, but couldn’t get an official number as her ruler didn’t have a measurement that went all the way to ‘waist deep’. Click pics to enlarge.

I’ve seen it before, during extended dry periods of past winters, people can become a little jaded and skeptical of storm predictions. Whether the forecasts are incorrect or simply not calling for any big dumps, after long stretches of winter that lack significant snowfall, some just refuse to believe it’s really coming when it finally does.

So when I got an email from Christy in regards to Joel Gratz’s big forecast for the weekend, I saw an opportunity. The message read,”I don’t know, if you read between the lines, it doesn’t really sound like more than a few inches for Aspen, if we’re lucky….”

I knew it was coming, so I challenged her.

“I bet we get 3-5 inches total, through the whole weekend.” she said, after which I insisted the storm could be big. “You think we’re getting more? Well how about the loser buys Takah [sushi].”
“You’re on.” I said, smirking.

Forget about what we got by Sunday, or even Monday (pics to come), she had lost the bet with the 5:30am snow report Saturday morning. 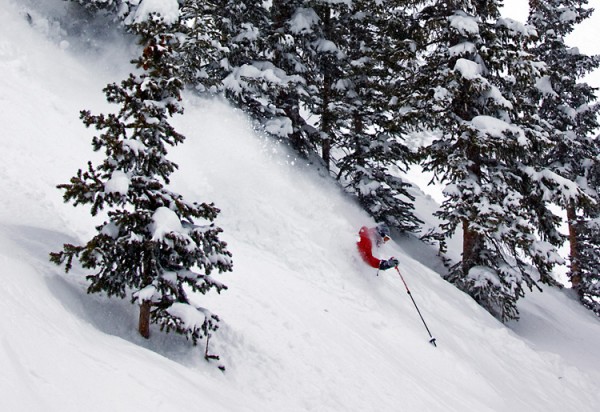 Neal’s an engineer and is used to measuring things in millimeters. His unscientific estimate put it in the range of 800-1000. That sounds like more than 3-5.

But for verification purposes and just to rub it in here, I took my camera when we went to Highlands with Amy and Neal on Saturday. Here’s some of the evidence used to determine who won the bet. 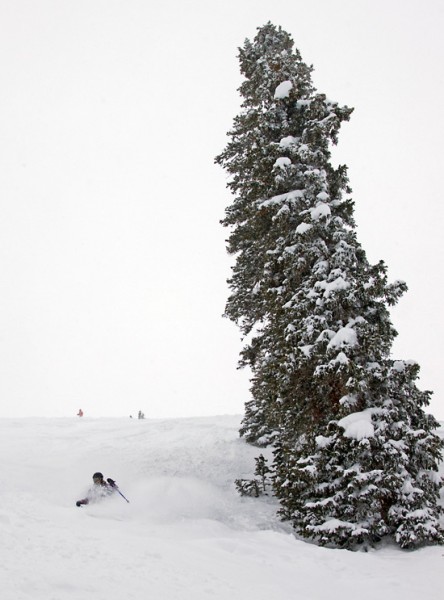 Christy sees for herself here. Her G3 Zest’s are about 5 inches wide yet she still found herself in snow that was near three feet deep in spots. Unfortunately those weren’t the same 3 and 5 specified in the wager.

???? Neal again, in the Tsunami area of Oly Bowl, engulfed by his own wave of snow. 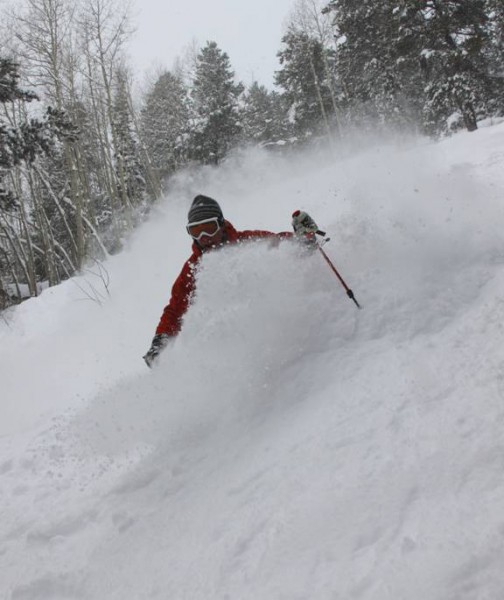 Typically the photographer, on Saturday Neal was the model, seen here schralping the 3-5++++ inches on Bacardi Ridge. I think he may prefer the role of model from here on out.

It was an awesome Saturday and the best weekend of the season. And truth-be-told, Christy was happy to lose the bet. In fact, the more I think about it, the more I’m starting to think she may have set it up to fail so as to have an excuse to go to sushi. I might be the one who actually got hustled here.

And that’s just fine with me. 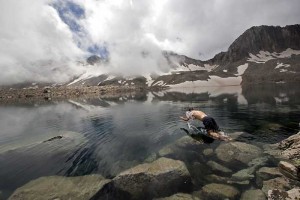 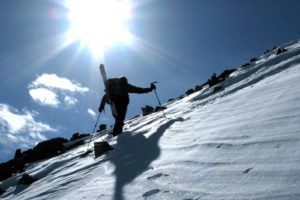