If the set goal for the day was to ski good snow we would have been let down. Instead, Christy, Tim and I went to Hayden on Sunday and filed it under the category of “getting out for some adventure” rather than “epic backcountry day”– and that small label change made it appealing.  After all, when I was up here last Tuesday the snow left much to be desired and rarely do snow conditions improve with five days of sun and wind. 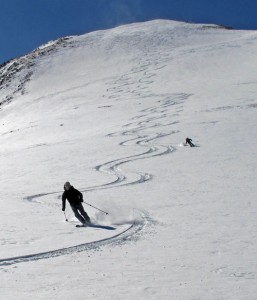 So despite having been snaked once again by a weekend storm that failed to materialize, which has been the theme of the past few weeks, we went up to poke around and see what we might find. And while we managed to hit some pockets of good snow amongst the hardpack and windcrust, the best thing about Sunday was the view from the top. Stitched together from seven different photos using a Canon G9 without a tripod and shooting directly into driving wind in the 30-40 mph range, the resulting panorama(above, click to enlarge) somehow came out OK and made the days effort totally worthwhile. We love our Elk Mountains and it was nice to capture this view.

And the goal of getting out for some adventure was met. 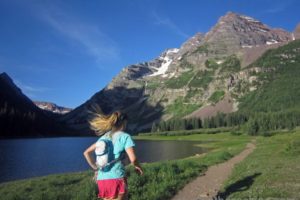 Christy, on the final descent from Buckskin Pass. On Saturday,[...] 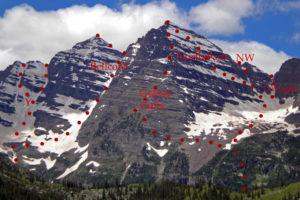