It was a fun couple of days out there, and even though we didn’t win Wintersculpt 2012 last weekend, Christy declared “Barry, the ACES Mountaineering Beaver” to be, in her opinion, the unofficial People’s Choice Award.

One thing’s clear from the questions we fielded over the 48 hours, many people don’t know the difference between an otter, platypus, porcupine, squirrel, pig, chicken, and a beaver. It seems that the Aspen Center for Environmental Studies (ACES) still has a lot of people to educate out there.

Kudos to the ACES girls– Eliza, Ellen, Olivia and Christy– and special thanks to local artists/sculptors Pierre Wille and John Doyle for taking this on and making it happen. 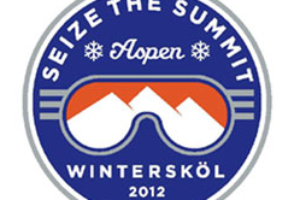 This year's logo, fitting that it's in Bronco colors.

This year’s logo, fitting that it’s in Bronco colors. No[...]