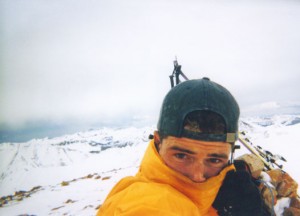 I drove solo to Lake City and car camped along the road en route to the Silver Creek trailhead. The next morning I was walking in the early darkness, alpine ski boots racked on my pack with my skis. I hit snow at the junction of Silver Creek and its south fork and switched from hiking boots to ski boots and from carrying skis to skinning. Switch backing all the way to the summit, it seemed endless. A spring storm kept it cloudy and brought only flurries, which was good because I was hoping to tag Redcloud’s neighbor as well today, Sunshine Peak, so any delay in the heating of the snow was fine by me, especially being solo.

Alone on the summit, I waited for the visibility to improve before I skied. When the clouds broke I could see Handies Peak across the valley. I would try for that tomorrow. I clicked into my skis, dropped in on the west side, eventually following the dogleg left and called it good once I reached the trees. Looking back up at towards the summit I was able to scout my route back up towards Sunshine. 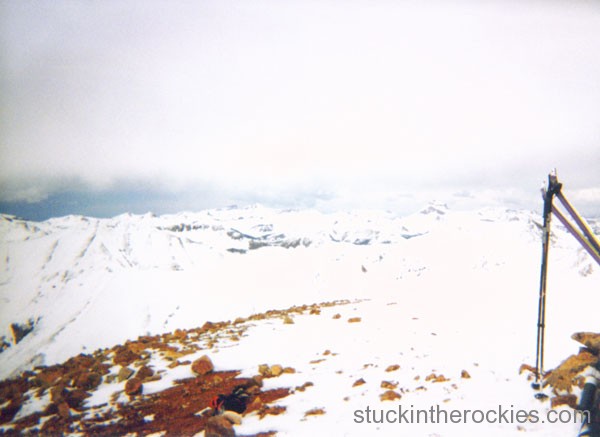 Skis on the summit, lousy weather all around, Uncompahgre and Wetterhorn in the distance. 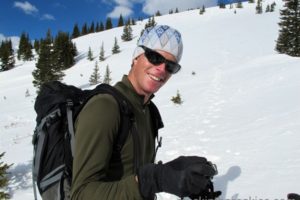