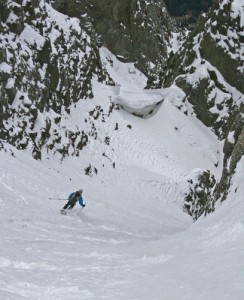 The Snake Couloir in November? With time off from work I called Kevin Dunnett to put some sort of road trip together. We figured we could still rock climb in places, it wasn’t too cold. We could ice climb as well, Lincoln Falls was in. Skiing was possible around Castle Peak lately, anywhere else? While scouring internet sites for ice conditions, Kevin saw some pics from a San Juan guide service called Skyward Mountaineering showing what looked to be very good snow in the Snake Couloir on Mount Sneffels. So we went.

Driving the nine mile road to Blaine Basin TH often can’t be done in the spring due to snow. It was easy this time of year. From a car camp there the night before it was 2.5 hours up on foot to the continuous snow beneath Sneffels north side. From there we skinned until about 12,500 ft. where the skis went on our backs and the crampons were put on. The “pinch” crux of the lower couloir was only about seven feet wide, barely enough room to fit a turned ski. Above that, the deep snow was tough to ascend. I remember wet gloves and a headache as we arrived at the top of the Snake. From there it would be about fifty feet of 5th class climbing to the summit, committing moves in ski boots on snowy rock. The skis were left below.

Back in 2000 I remembered looking down into the Snake Couloir where a fixed rope in place required a short rappel. Today it was neither short nor fixed, and we had no rope. In our packs were two shorter, thinner cordelettes but nothing with which to build a real anchor. At least we had that much. We tied the cords together and slung any horn-like features we could find, lowering ourselves back down to the skis one short section at a time, very precarious. From there the skiing was sweet.

We got back to the truck just before dark, totally psyched. What a day, maybe it’s not the perfect aesthetic ski because it doesn’t go from the exact summit but it sure was cool. If anything the scrambl-ey finish added to the experience. Tomorrow we would head to Shelf Road for rock climbing and Lincoln Falls the following day for some ice. What a classic Colorado road trip. 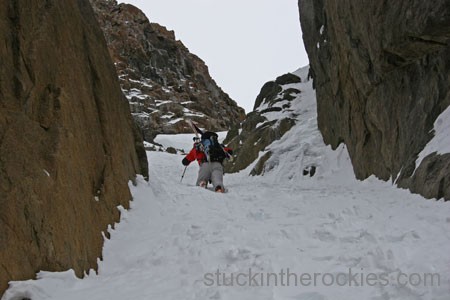 Kevin climbs through the pinch. With more snow later in the season it’s much wider. 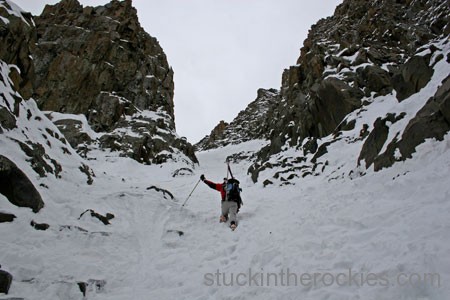 After the dogleg, the angle steepens to the top. The summit is above to the right, and back. 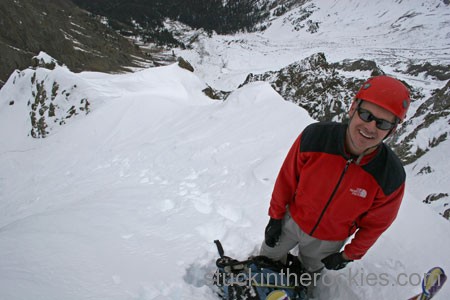 Kevin at the top of the snow, the couloir heads down and left. 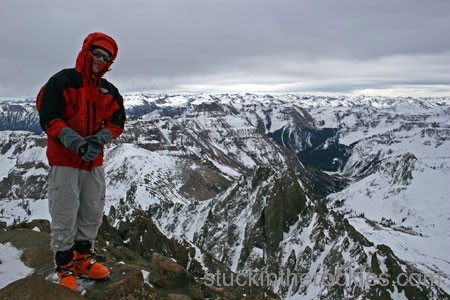 On the summit, the southern San Juans are off in the distance. 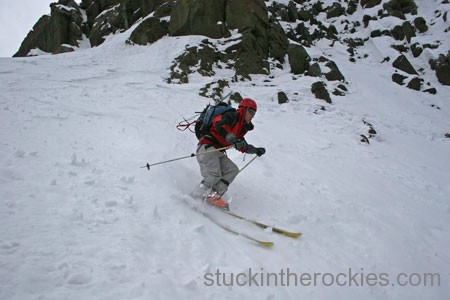 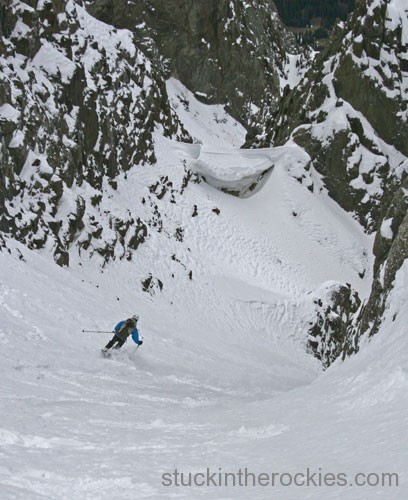 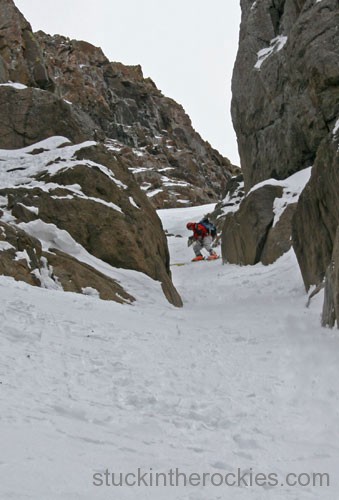 Kevin stops to assess, can his skis slip through, or is it too narrow? 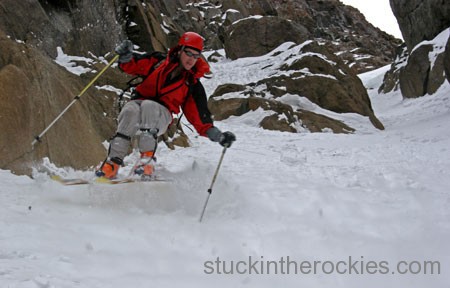 Past the pinch. Nice safety straps. 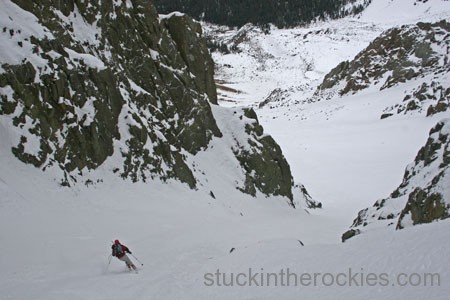 And down to the exit of the couloir. 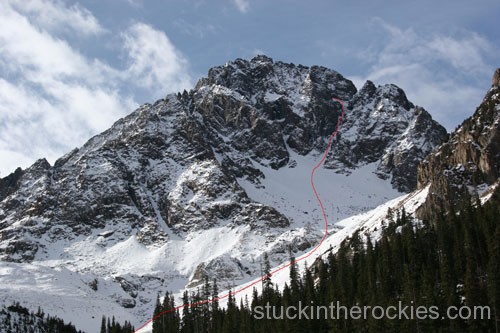 High in the couloir, the route doglegs left and out of sight. 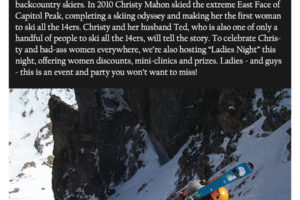 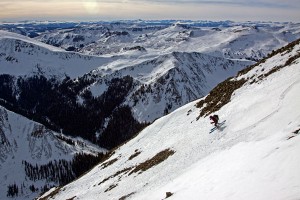 Christy makes her way across the rolling basin to the[...] 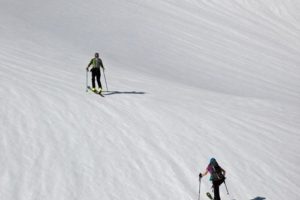 As our fourth peak in as many days, we skied Gladstone Peak via Sunshine Mesa and Bilk Basin.