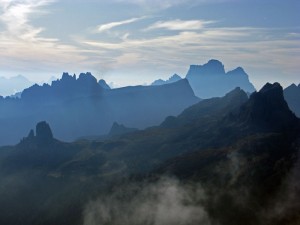 The haze might be from pollution but it at least it makes for some cool lighting effects in the mountains and valleys. Cinque Torre in the foreground on the left.

We’re on the beach in Mexico on a second honeymoon and figured we should share the remaining photos from our first wedding getaway.

The Via Ferrata Cesco Tomaselli – Punta Sud was our favorite climb in the Dolomites– and for a couple of reasons. Its steep and unrelenting exposure places this route in the highest difficulty and commitment category with a 5C rating. Also, being a good deal shorter than our prior day on the wire climbing the Tofana di Rozes, we didn’t get ‘cable burnout’ which we experienced after that six hour day. Add some beautiful weather, a fun tram ride to start the day and a route that was free of snow and Christy and I wrapped up our visit to the Dolomites on a high note.

The photos tell the story. 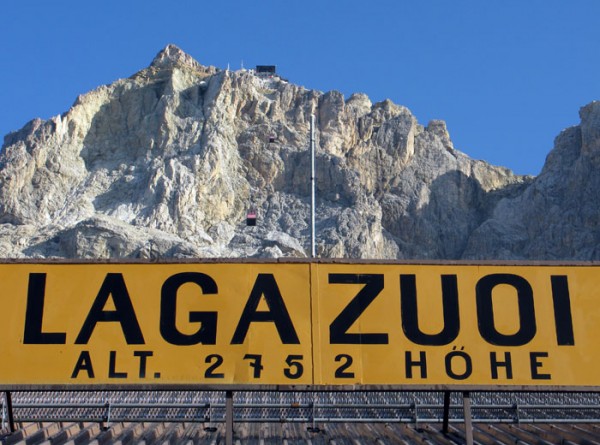 Another civilized start, riding the first tram from Passo Falzarego around 9am after cappucinos and croissants. 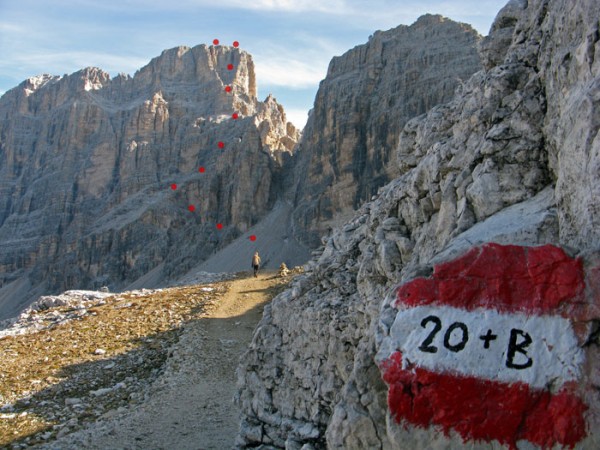 The trails in the Dolomites go everywhere and are all well marked. The VF is marked in red. Click to enlarge. 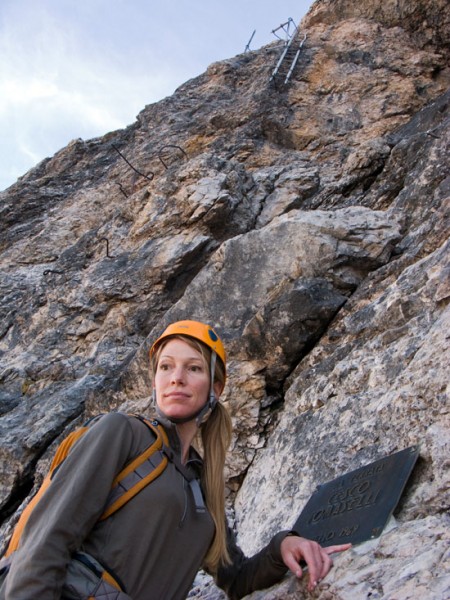 At the start with the familiar name/memorial plate. The old WWI era ladders can be seen above. Thankfully there was a newer cable route established that didn’t require us to rely on the old rickety stuff. 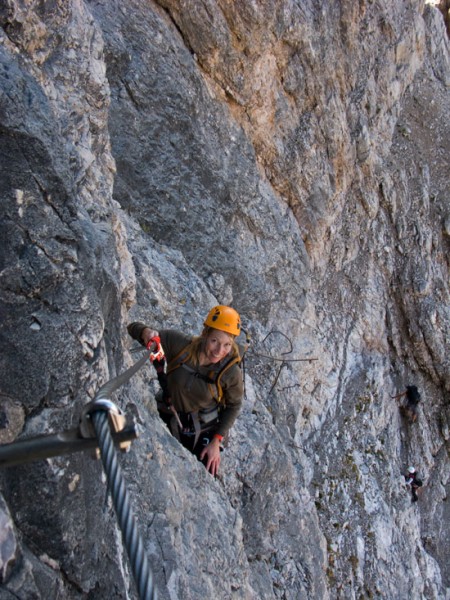 You can see a couple of Euros below, this was the angle for most of the route. The guidebook description begins with, “The route is immediately strenuous…” 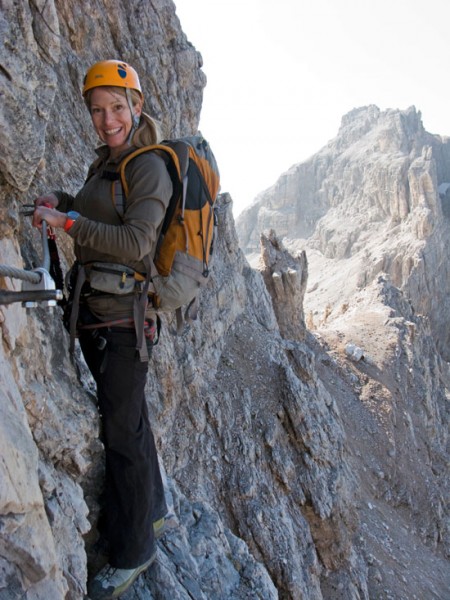 The airy traverse- Feel free to ‘hangdog’ on the cable though Christy usually insisted on not doing so. Such a purist. I didn’t always subscribe to her high standard and had more calloused hands at the end of the day. 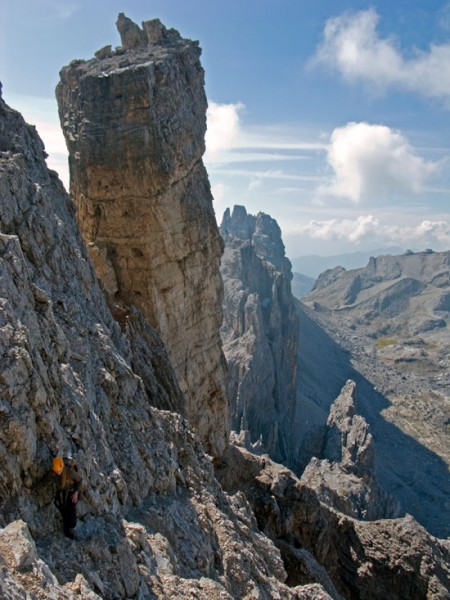 The huge detached tower and the Lagazuoi Rifugio and tram station off in the distance. 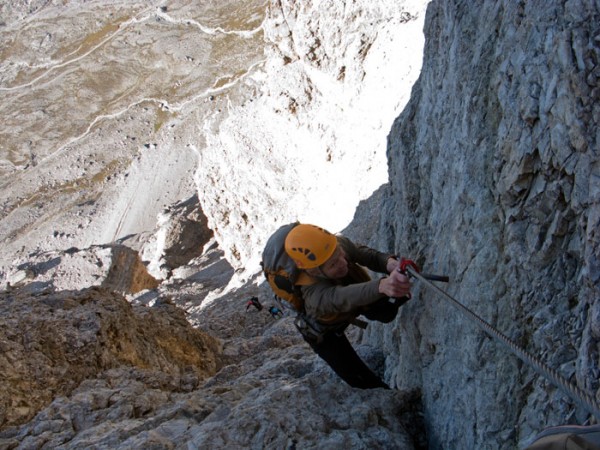 Reach! The 5C rating meant you had to actually find rest spots like you would on a regular rock climb. Climbers can be seen below. 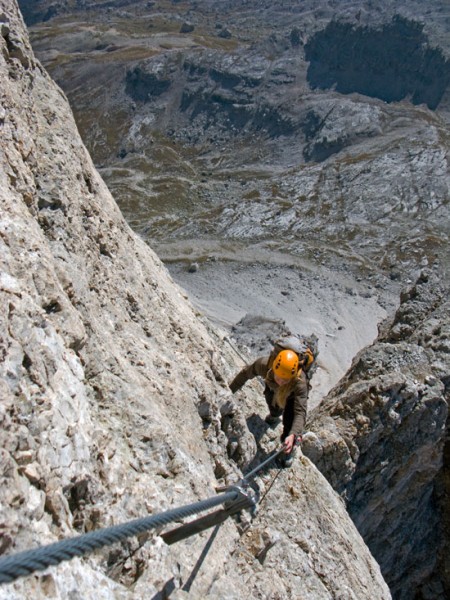 The route tops out at the summit after this  awesome slab section. 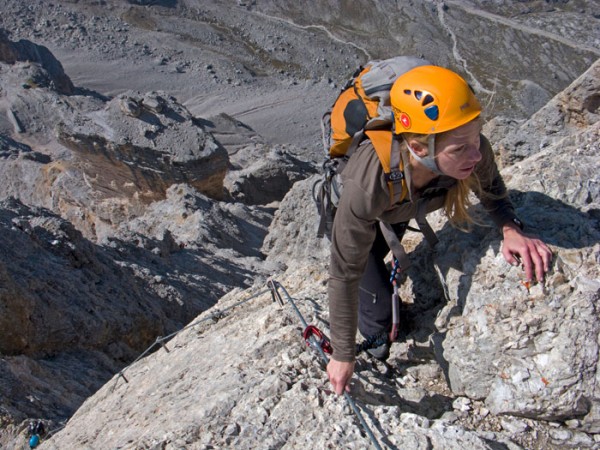 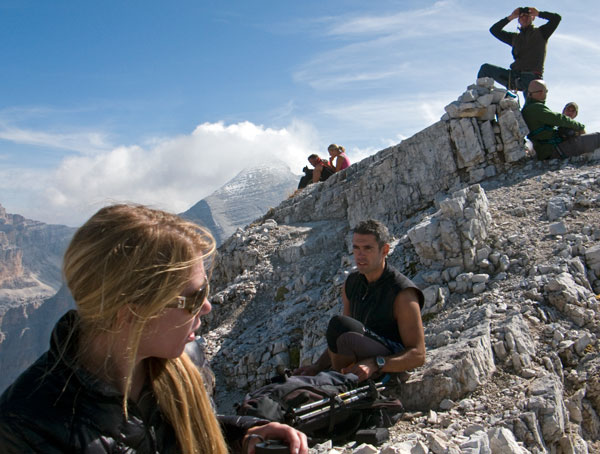 Busy. Like Grays Peak on a weekend, minus the Levis. 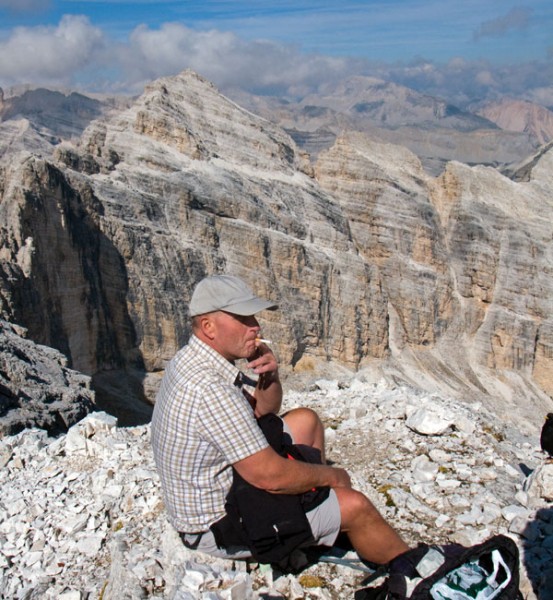 But with a smoking section. 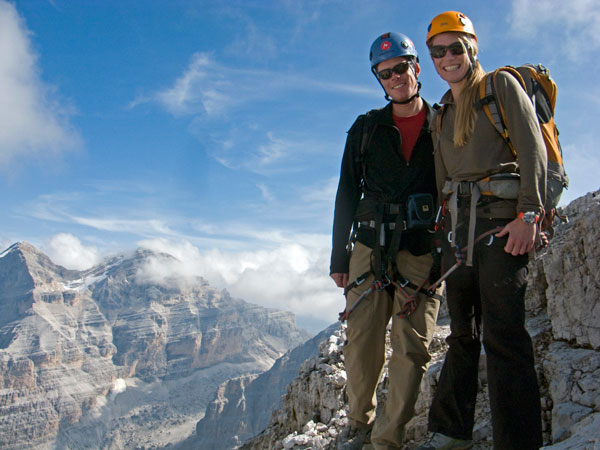 Tofana de Rozes in the background. 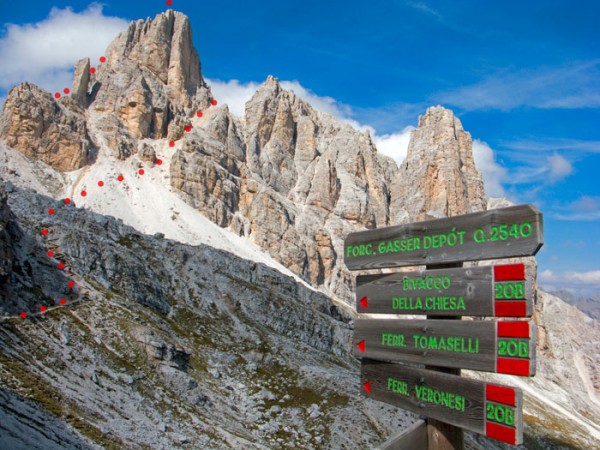 Ascent to the left, descent marked on the right, it’s a pretty awesome route overall. Also, in what would horrify a Colorado conservationist, around here no one cares if you go cross country, cut switchbacks or descend scree gullies. They’ve been doing it that way forever and everything is just fine. It made us question the sometimes over-the-top defensive practices we have here at home.

And our parents would be happy to know we did eventually end up finishing in true honeymoon style- in Venice. Another success! 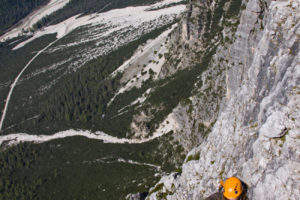 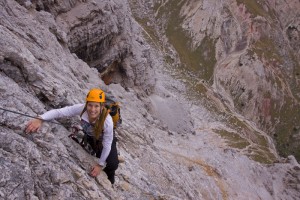 On the summit of Tofana di Rozes, in Eurpoean terms-[...]