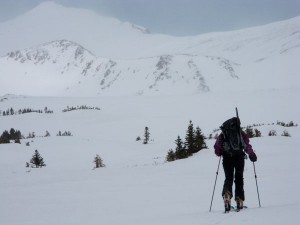 Just past Francie’s Cabin, Crystal is the large snowy face out to the left.

We made the easy drive to Frisco, and then up to the Spruce Creek Trailhead, a popular starting point for those heading up to Francie’s Cabin. The route up to the hut is a well traveled road, and it wasn’t long before we were cresting treeline and catching our first glances of Crystal Peak. It’s broad, triangular East Face was looking full of snow, as east facing slopes typically do this time of year.

The skin up Crystal is straightforward. We followed the contours of a creek to the base of the face, and then began switchbacking up. It’s entirely skin-able, it actually reminded us of Mount Hayden back in Aspen. Clouds moved in and out as we ascended which kept the temps from getting too high, which was a good thing as there was recent snow and the conditions looked sweet for the ski down. We didn’t want the snow to get trashed by the heat.

We stacked turns down the face, and back towards the hut, and then cruised the easy route back tot he truck. Crystal is a great Centennial 13er ski descent, and based on our day up here, a favorite of ours. 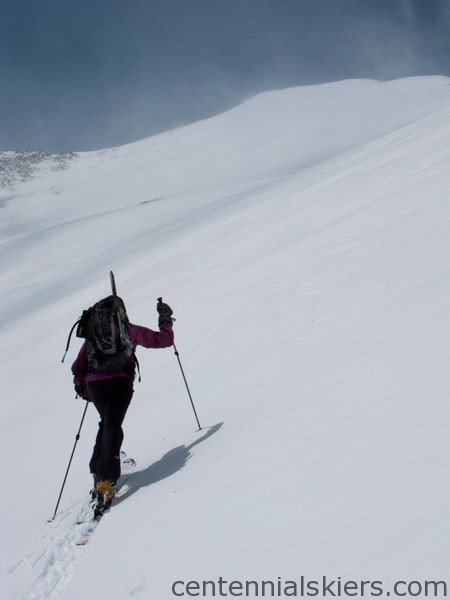 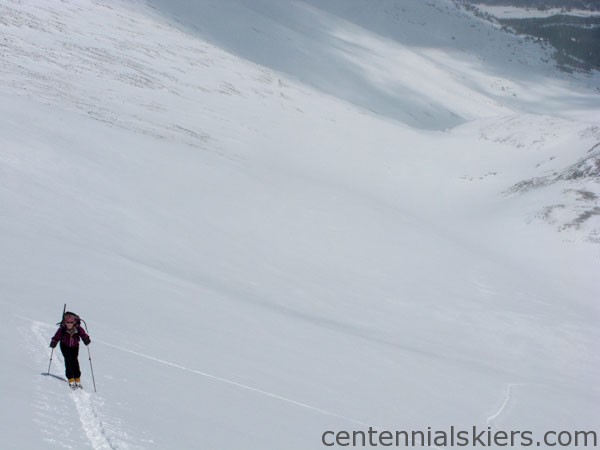 The route from the valley below can be seen– it’s an easy day as far as this type of thing goes. 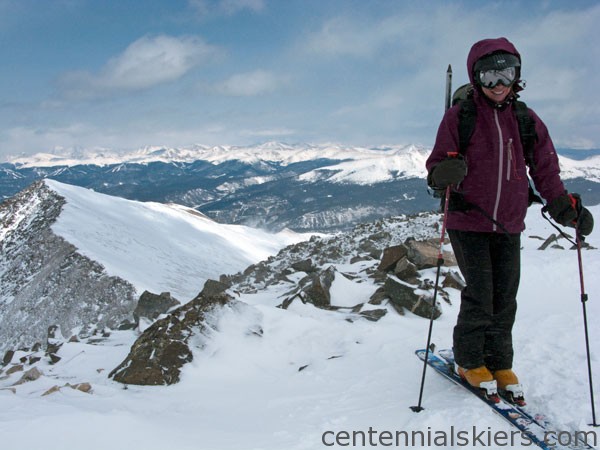 On the summit. Peak Ten and Breckenridge is behind. 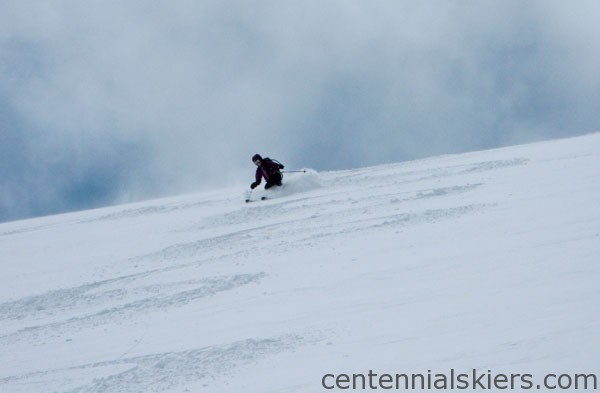 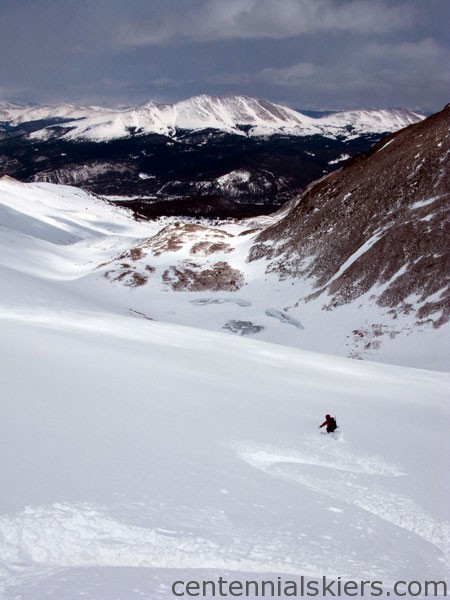 It was a super-fun descent. 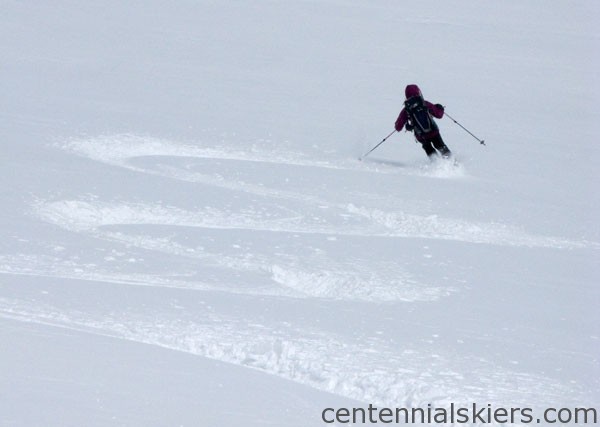 The snow was just great. 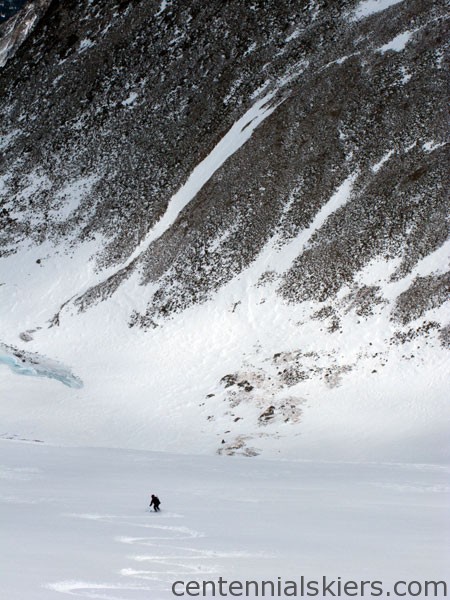 All the way down. 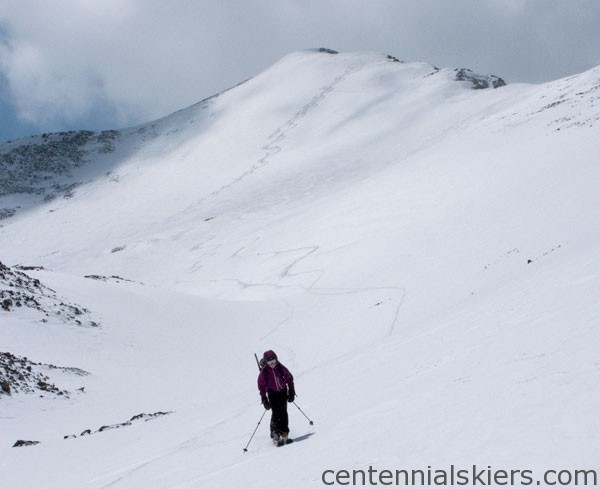 And once off the summit pitches, we headed down the valley. 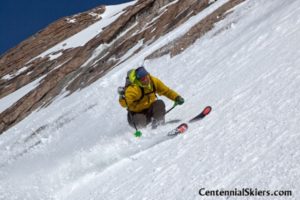 Skiing the Dragon Egg Couloir on Mount Meeker. What an awesome line. 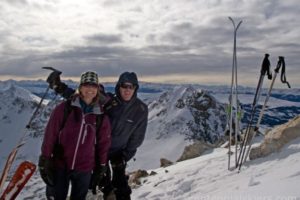