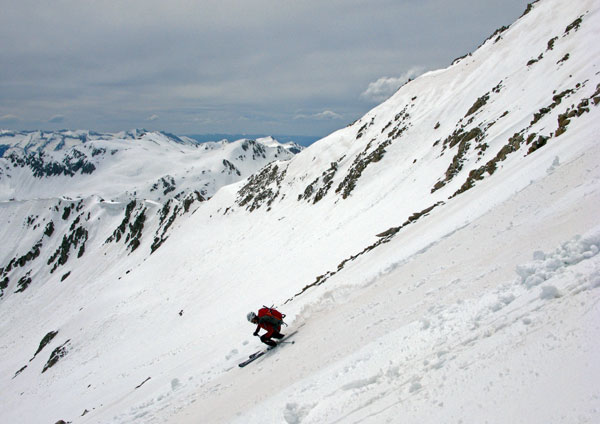 Josh on the descent.

We don’t hear much about Hagerman Peak. Even being one of the tallest (top-ten) local peaks in the Aspen area, it seems to garner little attention. Christy and I has climbed it by it’s south facing summer route some years earlier, and were curious how that side of the mountain would ski.

Along with Josh Hirshberg, we made our way up to Snowmass Lake. We had already skied Snowmass Mountain by the West Face two years earlier, but since we were having such a landmark spring insofar as snowfall went, we decided it would be a fun weekend trip to camp and ski the giant East Bowl (Snowmass report here). And if weather and conditions allowed, we would then climb the couloir between Hagerman and Snowmass Peak to Hagerman’s summit, and ski down the south side.

It all went according to plan, the one surprise being how steep the route was above the top of the couloir. We had to climb and traverse fluted snow ribs mixed with very loose rock for a good amount of vertical to Hagerman’s summit. It was pretty spicy. Still to this day Christy feels Hagerman was the most serious climbing of any Elk Range summit she’s done. That said, once it was behind us and we got to the summit, the skiing on the South Face was quite easy.

For beta, it may be better to either:

1. Go from Snowmass Lake over Trail Rider Pass to the base of the South Face and just climb the mellower angle snow, ski, and return to camp the same way.

2. If you climb up the couloir from the East Bowl of Snowmass, consider descending the other side a bit to a point where you can more easily traverse onto the South Face rather than climb up directly as we did.

3. Do and out-and-back up on the South Face route via Lead King Basin.

Here are some photos: 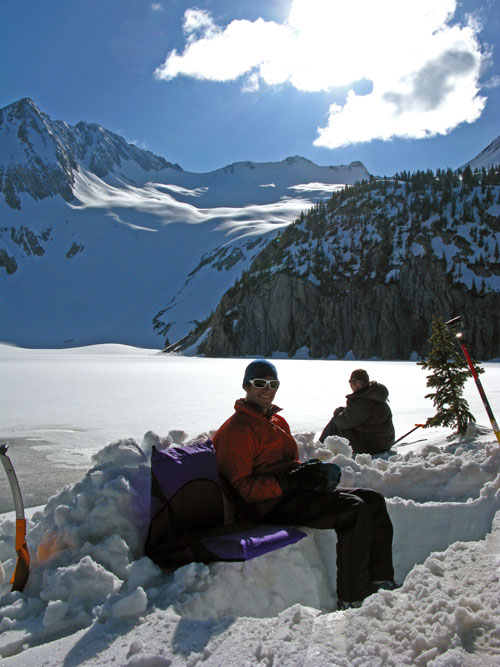 At camp at Snowmass Lake. 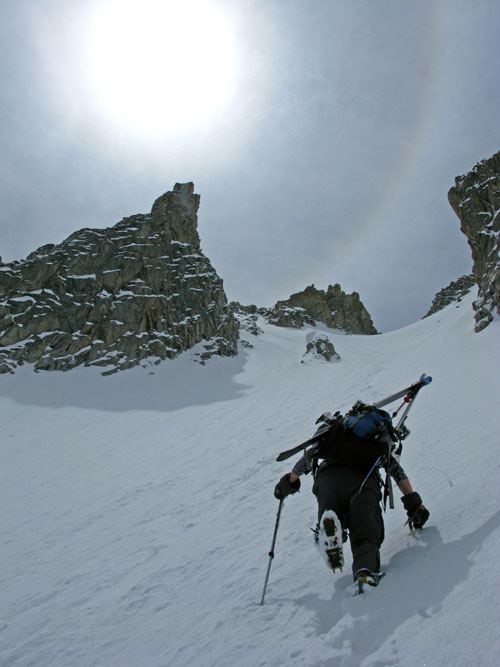 Christy booting the North Couloir between Hagerman and Snowmass Peak. 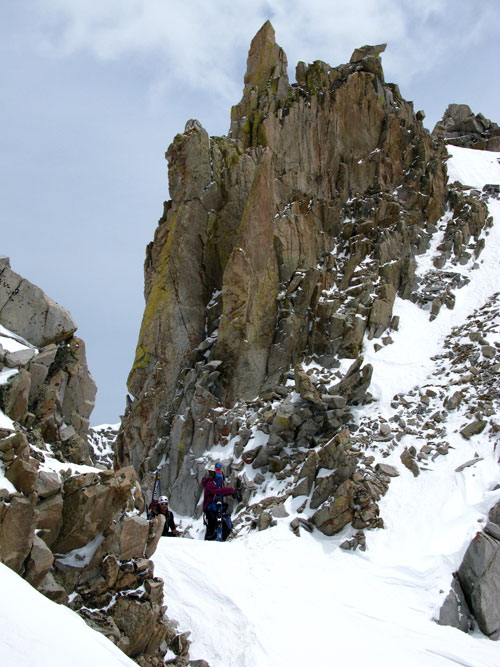 At the top of the couloir where the real climbing began. 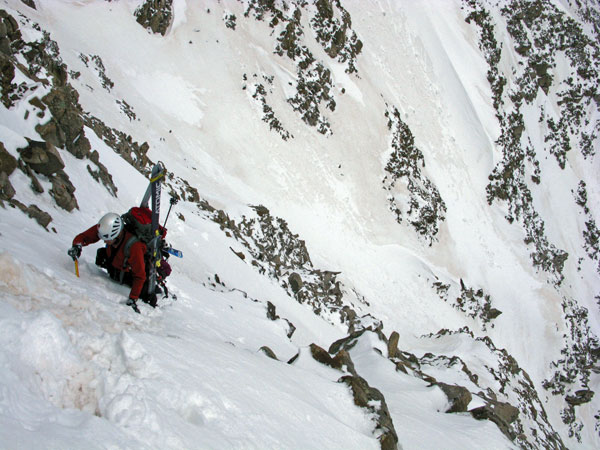 On the steep, mixed face. 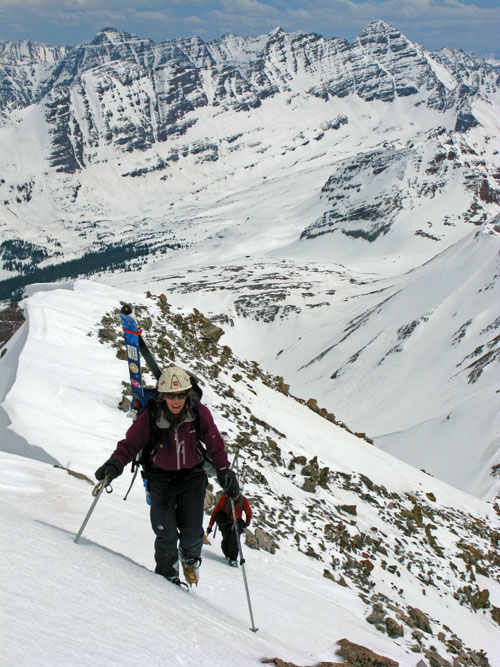 Above the crux-ey section you’ll get on the summit ridge. 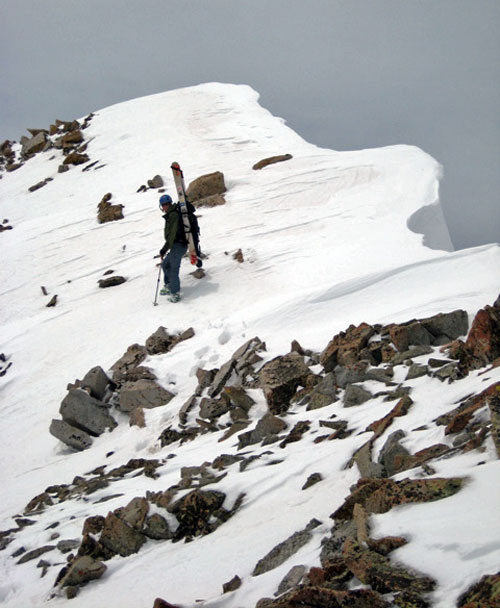 Ted, just below the summit. 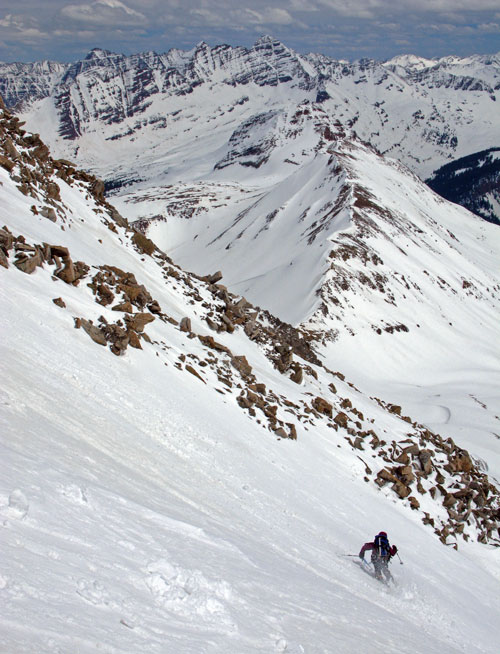 Christy skis the South Face. Trail Rider Pass can be seen behind. 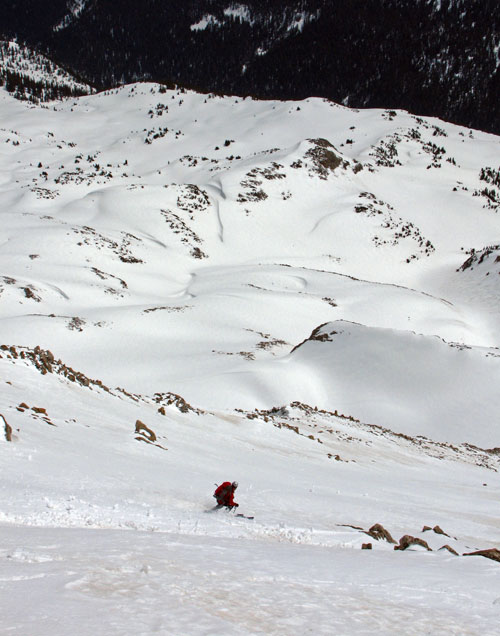 Josh, lower down. To take this route all the way down to the Lead King Basin area would be a sweet, long ski. 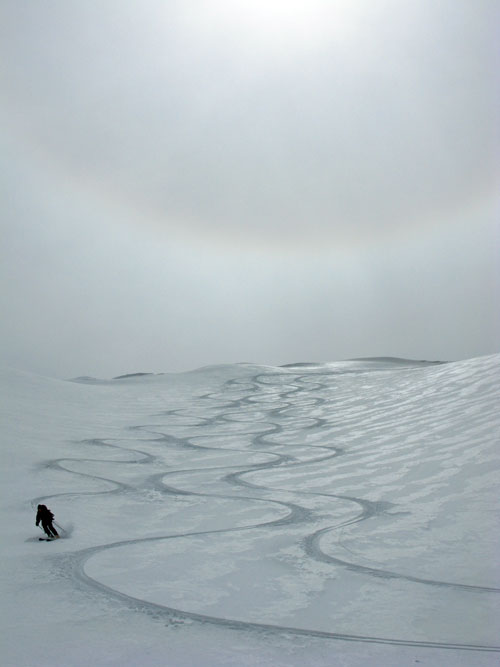 After traversing to Trail Rider, it was a cruisey ski back to the lake. 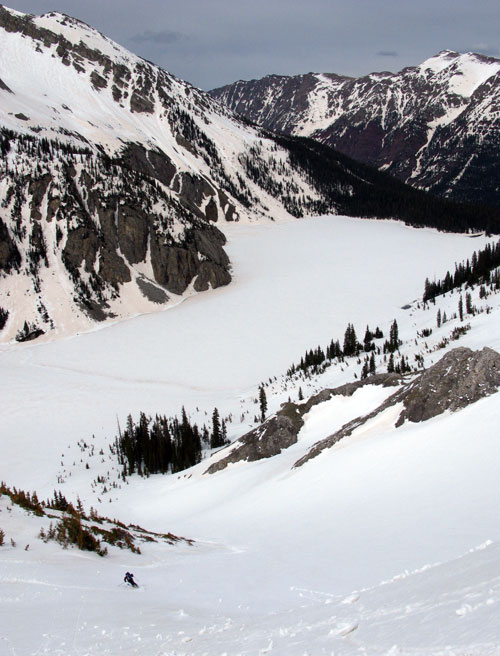 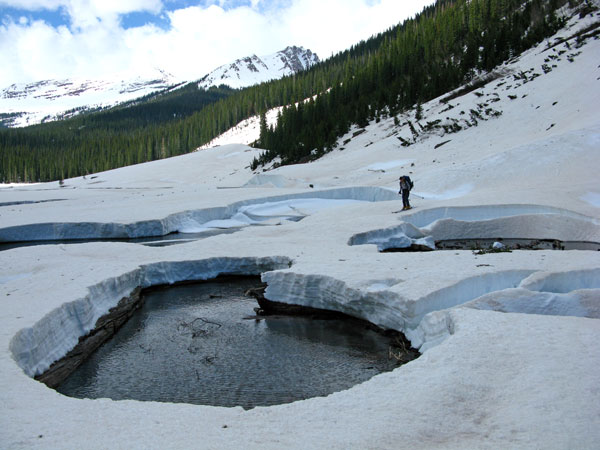 And then the long way home.