The Luck of the Draw

Home On FootThe Luck of the Draw

The Luck of the Draw 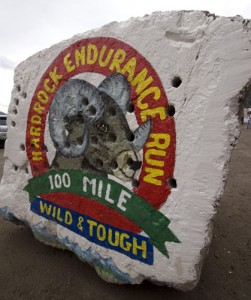 Is the “tough” part of the slogan meant to describe the lottery?

The lottery for the 2012 Hardrock 100 was on Sunday, and I’m thrilled to report that I got in again.

Some say the lottery process is the hardest part of the race. While that’s definitely an exaggeration, if you’re not given a chance to run because you can’t get a number, well then it’s sort of true. This year, there were 658 people vying for 140 slots, so some 79% of applicants didn’t get in. That’s pretty tough odds.

I can’t help but feel kind of lucky, not just for Sunday’s good draw, but for my luck and timing over the past few years.

When the race was first held in 1992, and for the first ten years that followed, it never even filled up. When I arrived to the scene in 2007, there was a waitlist, but if you qualified and applied for entry, your chances of running were pretty reasonable. In the years since then, its popularity surged, but with a bit of lottery luck, I managed to get in and finish every year, with the exception of 2008 when I was waitlisted. (My 2008 number was actually called on race day, and had I been there and ready, I could have run, so I’ve actually made it in every year.)

Now I don’t want to get ahead of myself, but what’s exciting for me right now is that a finish this year would be my fifth, and five finishes earns automatic entry to the race in the future. I would get to bypass the lottery process altogether.

It’s dawned on me recently that with the high number of applicants, it might take someone new to the scene several years to get in the race just once, let alone five times. And with no sign of any potential increase in the 140 runner limit, the odds will unfortunately only get worse. As the race’s popularity surges, it stands to reason that the five-time finisher might be more of a rarity as time goes on.

I feel like I could be sneaking into the five-time club as the door is closing. Now of course I still need to finish, and also hope that the race committee doesn’t decide to change the rules

Sorry to all of those who haven’t had good luck with the entry process. A few friends in particular come to mind– Allen Hadley, who also has four finishes, has missed the past two years on the waitlist (he’s currently #99). I was sure we’d get to go for our 5th finishes together. Dylan Bowman, a friend from Aspen and a rising star of the 100 mile scene has been chomping at the Hardrock bit but has twice failed to even make the waitlist, as is also the case with two other eager, potential first-timers, Neal Beidleman and Pat O’Neil. All I can say is keep at it and hopefully your luck will change. 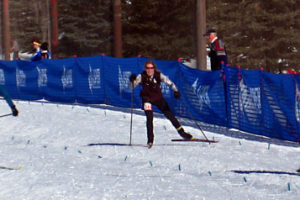 Sound like fun?  It all depends on your perspective, literally.[...] 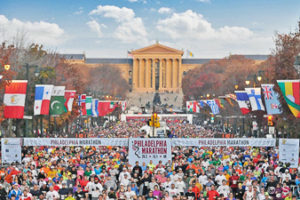 We ran the 2018 Philadelphia Marathon and loved it. Here are some thoughts about the race that we thought were worth sharing.