A grand entrance to a beautiful basin.

Well, we’re not sure if Cooper Peak is an official name, but we were told the summit is marked as such on certain old maps of Ashcroft.

Cooper Peak, or Unnamed 13,220 ft. as I read it on some maps, is technically part of nearby Star Peak. But unofficial status aside, it was worth every kicked step up to its airy summit. It’s in a beautiful basin above Lindley Hut and has incredible views from its summit. It’s actually a bit of a “mini-golf” mountain objective, and by that I mean it’s not too long or overly committing. But it has all the ingredients of a good ski mountaineering day– approach, skin, steep cramponing, cool summit, and a steep couloir ski descent. You don’t always need to aim for the giants to have a rewarding day. This was one of our favorite days of the year thus far. 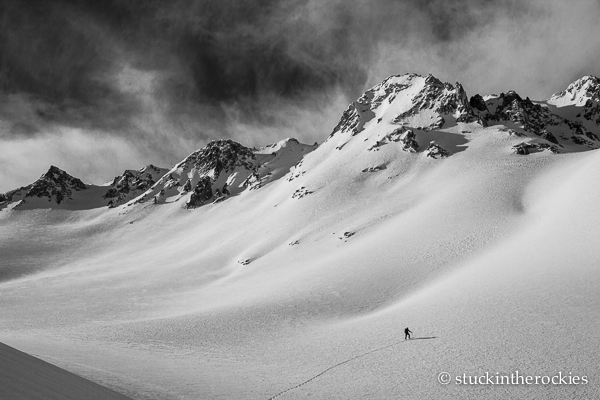 Setting the track towards the couloir, which was in the shade to the right of the prominent summit (Cooper Peak) pictured above. 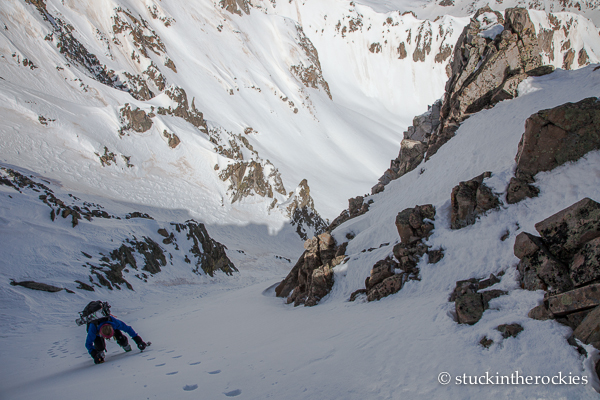 Christy in the couloir as it steepened. 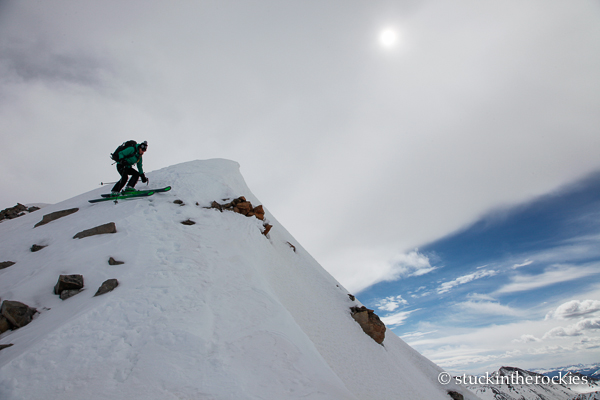 Skiing off the summit took a little extra focus. It’s steep on all sides. Heading to the right would put us in Upper Brush Creek, above the Friends Hut. 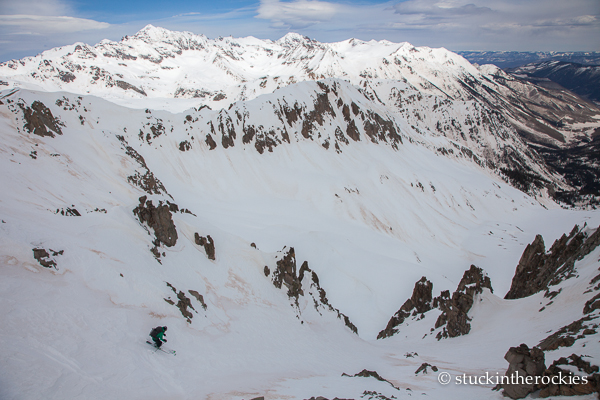 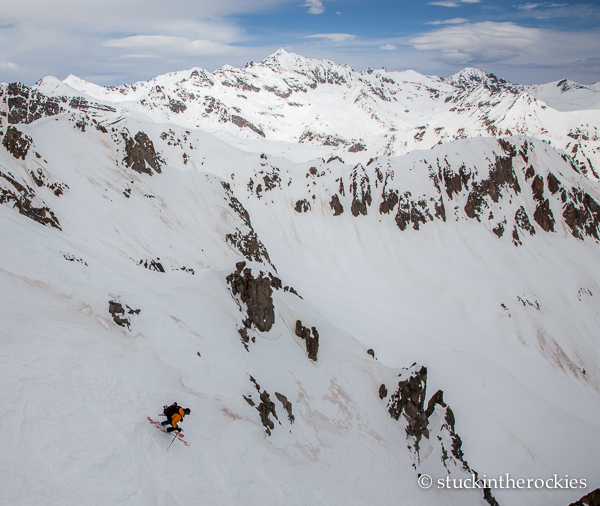 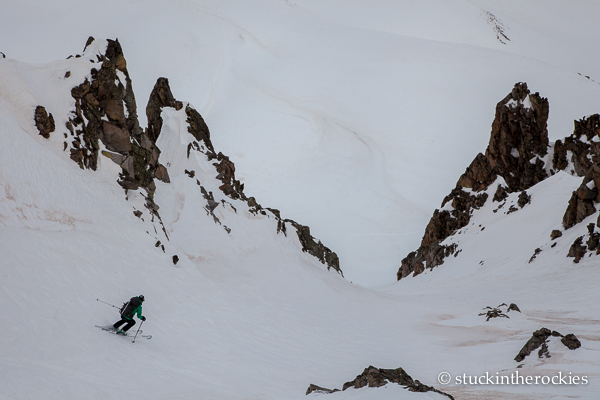 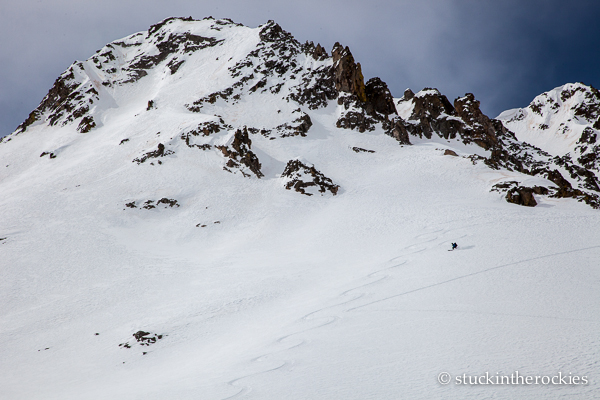 And lower down we found some of the last bits of wintry snow in the area– north facing and high. 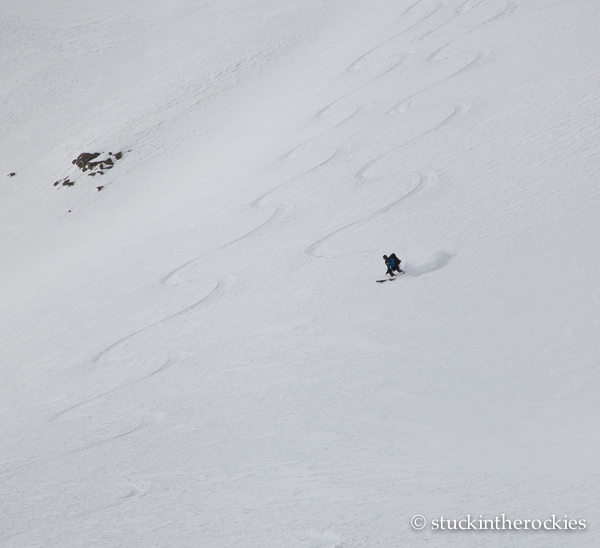 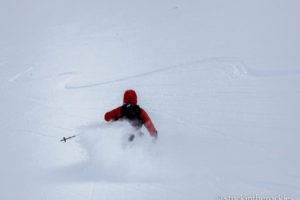 After an unusually long stretch of high pressure, it finally snowed. And with the arrival of the storm that broke the six-week sunny pattern, we headed up to a favorite spot. 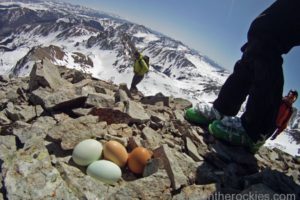 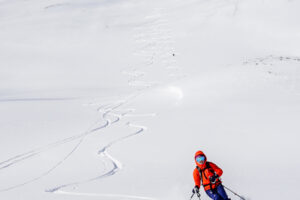