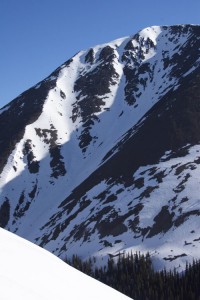 After the shakeup on Wetterhorn, Sean insisted he was alright with an attempt at San Luis Peak the next morning. The mellow peak would make for a good day.

We camped at the Equity Mine Trailhead, at the snow closure. Respecting Sean’s request to not repeat yesterdays predictable avalanche situation, we left early. The ski line was a southwest facing slope which meant we had until mid-day or so until the sun was warming the aspect enough to be risky.

The route is kind of round about, with three separate climbs and traverses in between, eventually you gain the long southeast ridge which takes you all the way to the summit. We were up top on another cloudless day around 9:30- which was too early for the southwest facing snow to soften, but also 100% safe in terms of avalanches, which was more important today.

The couloir was awesome, even if the snow was hard. It runs about 3000 vertical feet to the creek below, at a pretty mellow angle and real wide, kind of like the Cristo Couloir on Quandary Peak. Once you ski the couloir to its end, some routefinding is involved and a good length skin back to San Luis Pass, most of it on the buried Colorado Trail. From there you descend back to the trailhead.

By the time we were back at the truck it was super hot like the day before. We drove back to Aspen all the while noticing the valley creeks swollen with snowmelt. It would need to get colder before venturing out again. In about a week that would happen and with it another great day, on North Maroon Peak. 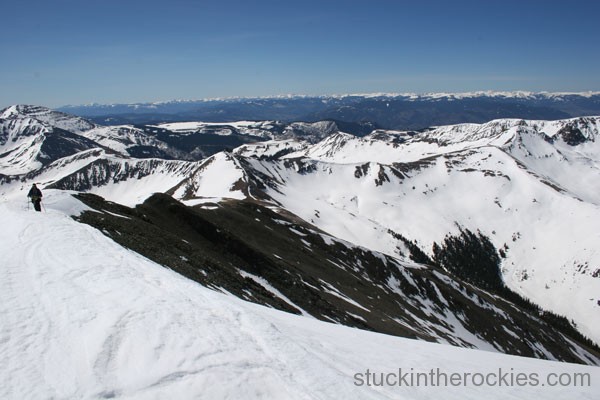 On the mellow summit ridge. 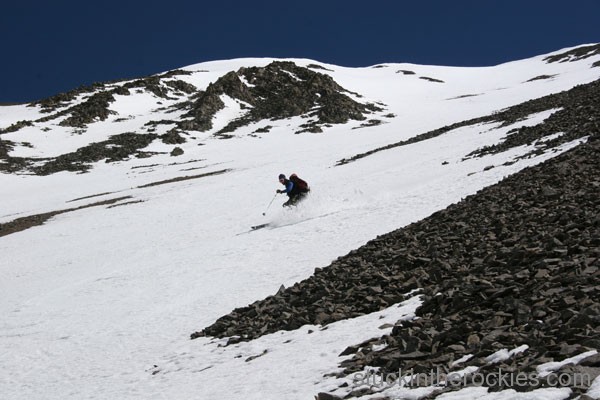 It’s a fun, long ski. Were it not for the required climb out afterwards, it would be a classic. 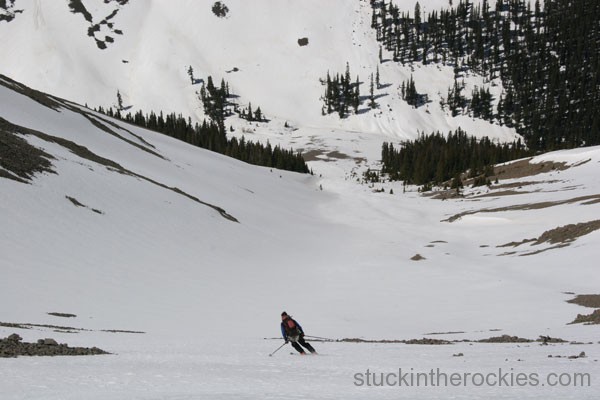 Take it all the way down to the trees. 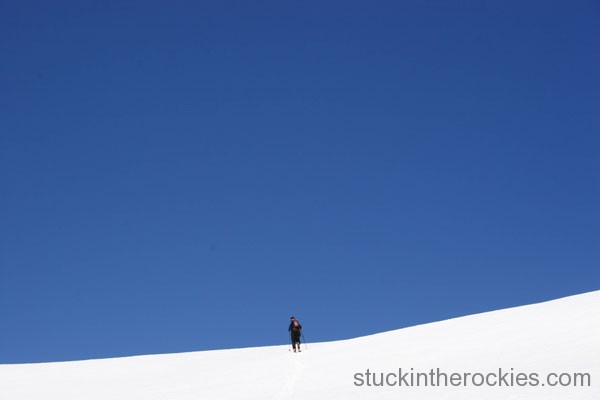 Climbing back over San Luis Pass. 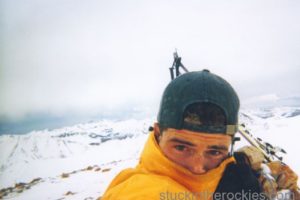 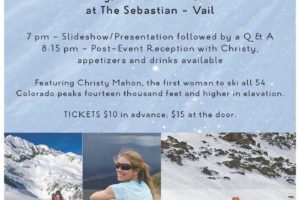 If you’re in Vail next week for opening day, come by The Sebastian afterwards for Christy’s slideshow. It’s going to be fun. Tickets benefit the Youth Foundation of Vail.