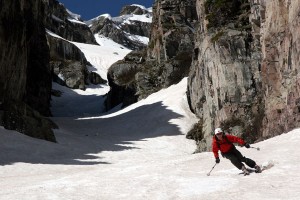 And through the Garbage Chute.

At a certain point in the spring after so many days up high, you know with near certainty what the conditions will be. I was so sure of South Maroon Peak I felt OK going for this solo.

I blazed up the runneled Bell Cord Couloir and was on the summit early, 3 1/2 hours from the car. I was happy with that. Our goal had been to ski down the East Face of South Maroon, as far as we could, until cliff bands directed us back into the Bell Cord. Early in spring you can get quite far, being this late in May the time on the east face would be short. As I skied off the summit I acknowledged this to be a pretty serious solo for me, and to play it conservatively. Good corn snow was reassuring, only a careless accident could cause a problem. Oh how Neal would miss out.

A little way into the descent, as I trended towards the Bell Cord, I heard a loud call and as I looked over, there was Beidleman, having just arrived at the top of the couloir. I skied nearer and called him a few names. We laughed.

So as to allow him the full experience, I waited on the face for him to get to the summit and come down to me. He had woken up way late and made a frantic effort to catch up. In the end, 40 minutes was all he needed to close the gap.

We skied the Bell Cord down through the Garbage Chute and were enjoying PBR’s at the car in no time, looking up at North Maroon. In the end, Neal’s tardiness mattered little but I do like to hold it over his head from time-to-time. He’s never slept in since. 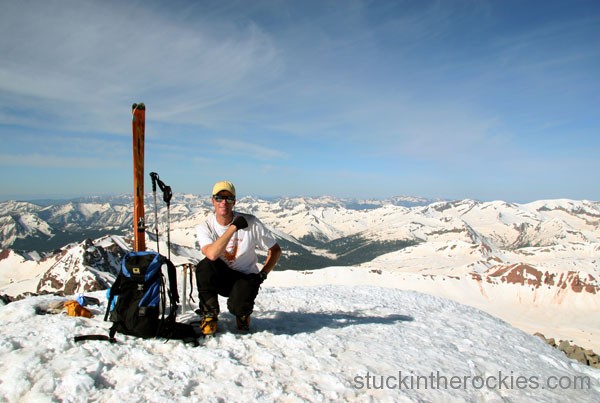 Solo, on the summit. 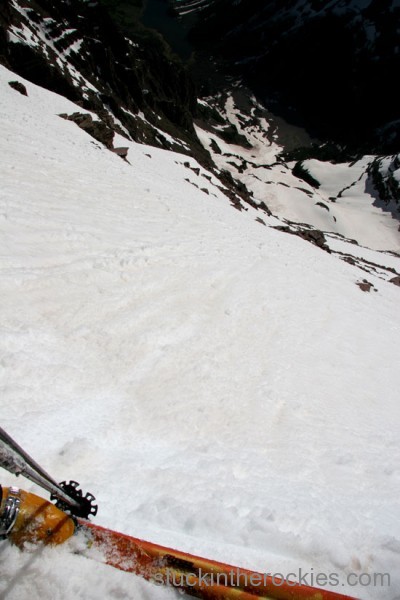 Starting down the East Face. 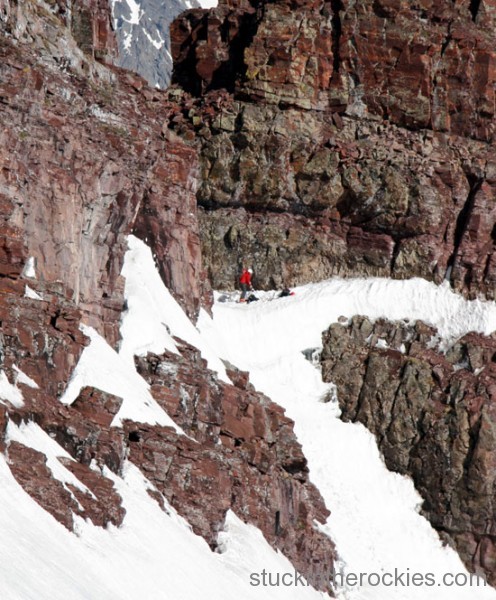 As I skied around to the Bell Cord Couloir, Neal had just topped out. I waited there for him 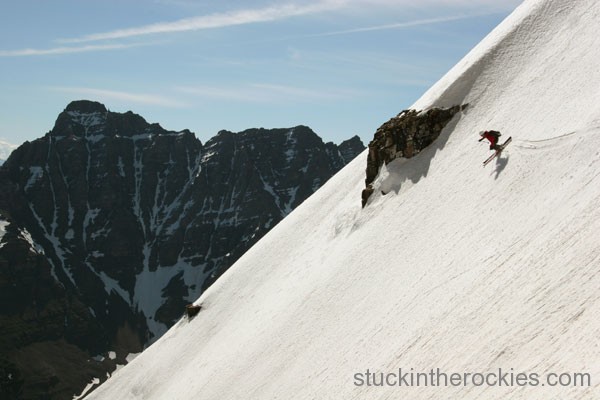 Once he caught up, it was smooth-ish corn snow down the Bell Cord. 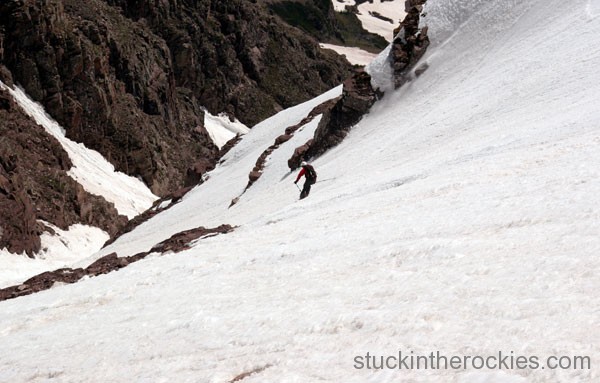 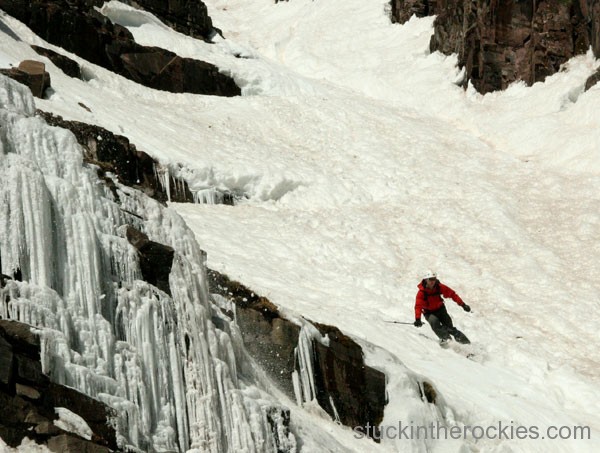 Some moats open up near the rock, you had to watch out not to fall into or stop on top of them. 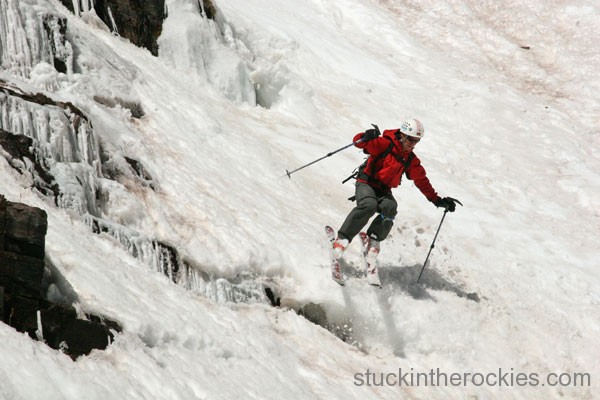 There’s some pretty fun terrain up there. 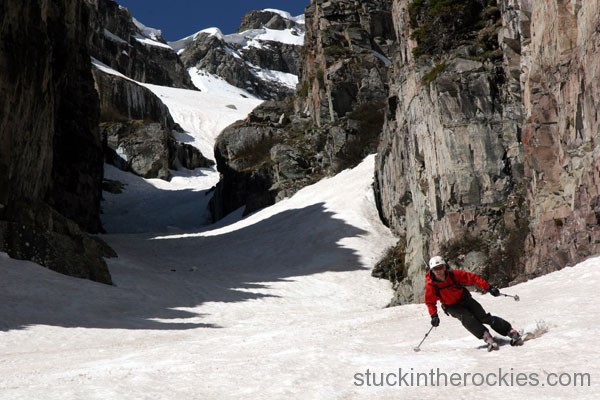 And through the Garbage Chute. 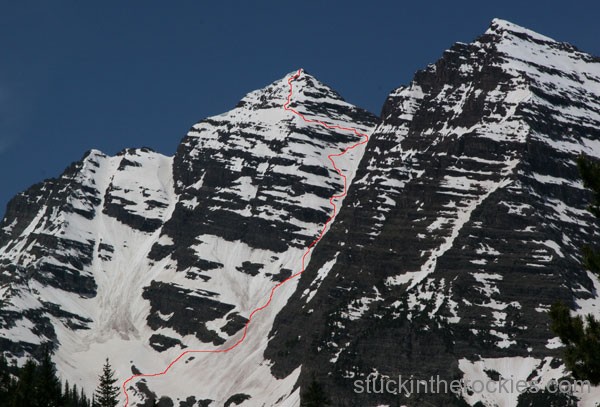 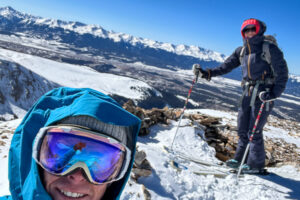 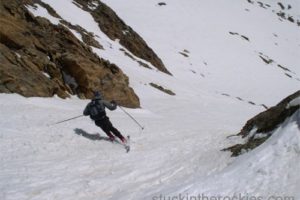