When faced with the worst weather forecast in months, why not go charge up and down a 14,000 foot peak, covering a marathon distance as fast as possible and with the absolute minimum in gear. Sunday’s Pikes Peak Marathon was just that.

Minutes before the 7 AM start they made an announcement. There were several inches of new snow up high, the temperature at the summit was 30 degrees and another bout of bad weather set to arrive. Before you could even think about what it all meant, they were counting down from ten and more than 700 people were off and running. Click photos to enlarge.

This first mileage marker is always a tough one to get your head around. The start line elevation is a little higher than 6000 feet; the summit, 14,115. Spread over 13 miles it’s at a grade that is runnable(11%) if you’re in the right shape, and if you’re not it doesn’t take long before you’re alerted to this. If that realization takes place anywhere near this first sign you’re in for a long day.

Thankfully, for me it wasn’t until much higher up and after several bouts with a slowing pace, heavy legs and increased suffering I had to accept that my time would be a bit slow. I hadn’t even reached the last few snow packed miles.

That was when I heard the familiar “RUNNER!” call to yield the trail to an oncoming downhill runner. It was Matt Carpenter casually cruising down to another win. Rather than go into it you should check out his stats here. You don’t have to be into this stuff to appreciate his resume, it’s incredible.

From there, all of the snow on the course made the last two miles up (and down) especially slow. At the summit the weather was worsening. With snow falling and the sky getting darker, I was psyched to start what always feels like a completely new race, the downhill. It was time to get out of this mess before it got any worse.

About ten red dots down (in the photo) I came across Christy looking strong. Either she was much faster or I was slower (probably both) because last year I came up on her a bit further down the trail. A quick kiss goodbye and we were off in our separate directions.

A short while later came the hail, which only worsened as I descended where it fell as cold rain. I was soaked. With lightning flashing and thunder booming, it was at least 7 wet miles to the finish, pulling in at an uninspiring 5:12 and 42nd place.

Christy made good on her goal of a PR, besting her last years time by 29 seconds(count it!) for 11th women’s overall and 1st in age group. One of these days she’s going to beat me outright. And looking back we decided the adverse conditions not only added to the day but also got us thinking about winter. Apparently ski season is right around the corner!

Huge congrats to Aspenite Zeke Tiernan who finished 3rd overall in the Leadville 100 run this weekend, in 18:37. Amazing especially when you consider it was his first 100 miler and that he dealt with the same weather Christy and I saw on Pikes and for a whole lot longer. Makes our 5-6 hour day seem pretty petty. Aspen Times Story here 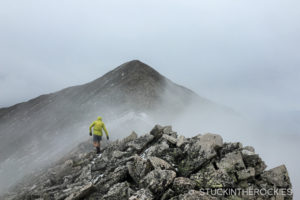 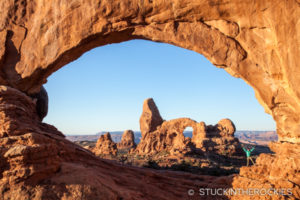