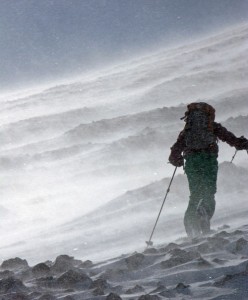 Christy and I skied Mount Buckskin, in the Mosquito Range south of Breckenridge, outside of the town of Alma. Nearing her goal to climb the 100 tallest mountains in the state, or Centennial Peaks as they’re referred to, Christy still needed Mt. Buckskin (76th tallest), so we decided to give it a go.

We’ve all seen the books, magazines and movies take images of airy ridge climbs and deep powder descents, and bundle it all up neatly, in an inspiring ski mountaineering package of sorts. Our day couldn’t be sold in that manner. In what I consider to be the less sexy side of the sport, we found ourselves in brutal conditions on an uninspiring mountain.  High winds, cold temps and the resulting bitter wind chill factor quickly brought numbing pain to any exposed skin. The snow cover was sparse and hard on the skis and skins. Our gear and patience were put to the test the whole way up. 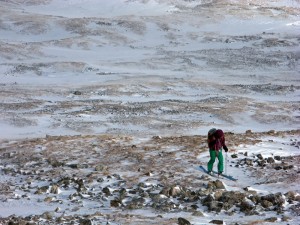 As for the descent, well, thanks to the unrelenting wind, the only route down followed a narrow lane of variable snow, interspersed with rocks and dirt. We found breakable crust, rock hard sastrugi and even some ice. When we came upon a pocket of soft snow, sharp rocks lurked beneath the surface, eager to catch our edges and knock us down. Fun.

As the photos will confirm, we won’t be filing this day on our Favorites list.  And to answer the question, “Is it safe?”, well, from avalanches, yes. Safe from fracturing a patella, well that’s another story. 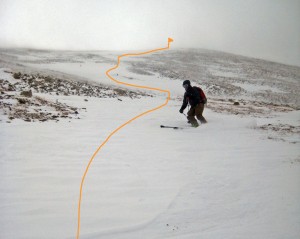 In the end, what matters is that we got it done safely. After all, you have to have the bad days to recognize the good ones. Put it in the books as #91 of the 100 Centennial Peaks that Christy has climbed. Only nine peaks left, hopefully all of which will be more enjoyable that this one.

And upon Christy’s declaration that this was the “worst trip ever!” I had to remind her of some outright nightmares we’ve had through the years, to keep it all in perspective. It never takes long before you look back on things and realize it wasn’t that bad. Here’s a map from the day. 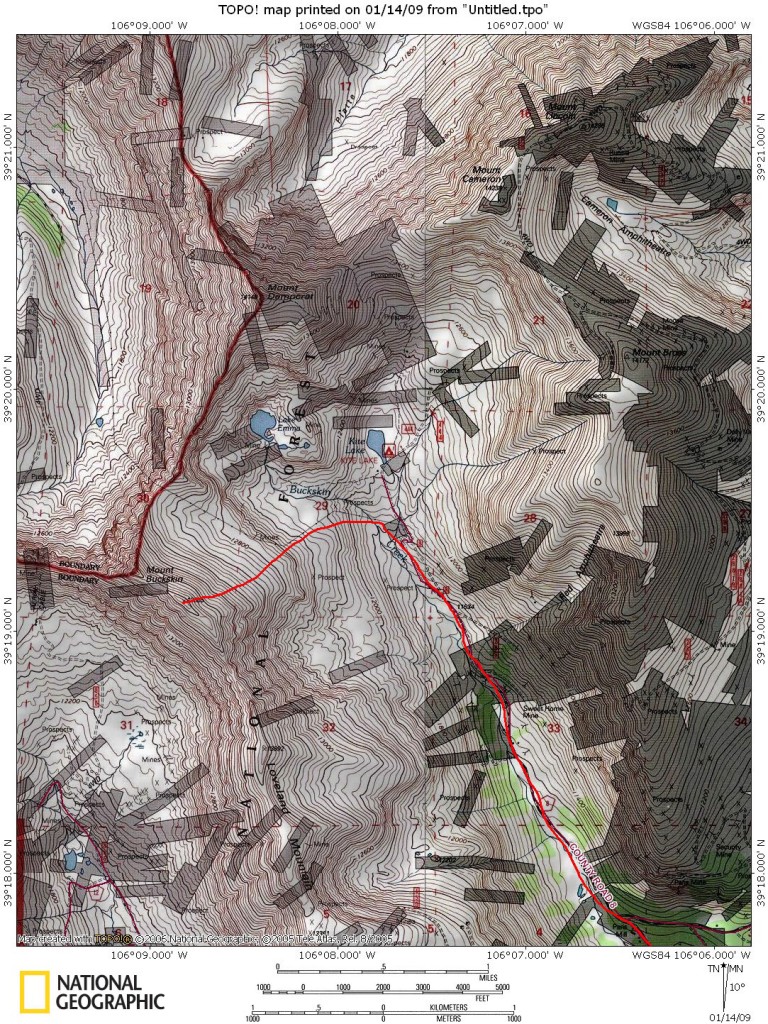 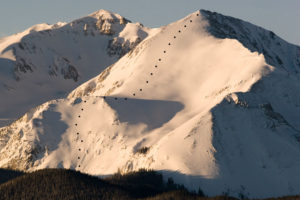 Timing is everything. Sometime last Saturday I noticed Bob Perlmutter[...] 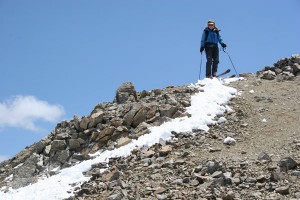