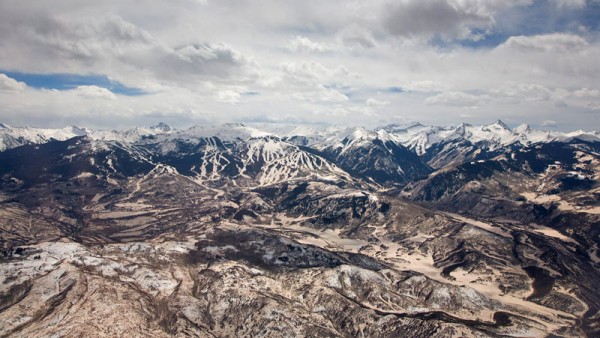 Uninspiring for skiing, it’s uninspiring for blogging too, as the skiing and scenery are just UGLY. You can follow the snirt line as it moves up the mountain day after day. This photo is actually from April 10th, by now it’s showing up on the high peaks in the background. Ross Kribbs photo, click to enlarge.

Ross’s email appeared my inbox with the aforementioned title in the subject line. Attached to it was this photo of Snowmass ski area and surrounding peaks as seen through an airplane window. As a skier, Ross was of course being facetious with his comment, but even non-skiers agree that it’s just an ugly scene. And if you are into spring ski tours, then watching the line of dirty snow, or “snirt” as it’s called, creep higher and higher up the mountain with every passing day really zaps any enthusiasm for getting out.

For the moment though, a motivated skier can still find real snow. North facing aspects and higher elevations are still white and any combo of the north and high recipe can actually ski pretty well. New precipitation will also serve to cover up the snirt, if only briefly, maybe just long enough for a quick morning tour. Sean and I went out the other day for some firsthand recon and it was surprisingly good. The snirt is still out there, but depending on where you go, it can be pretty OK. Here are a few pics: 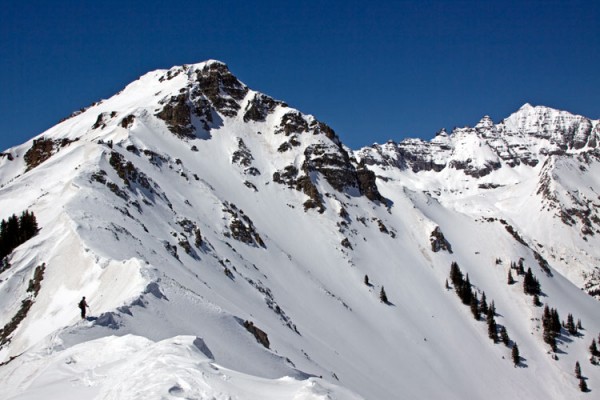 Sean on the ridge notes the snow to his right, north, looks best. The looming East Face of Castle Peak is further out to the right and is still looking good, that is as of last week when this was taken. 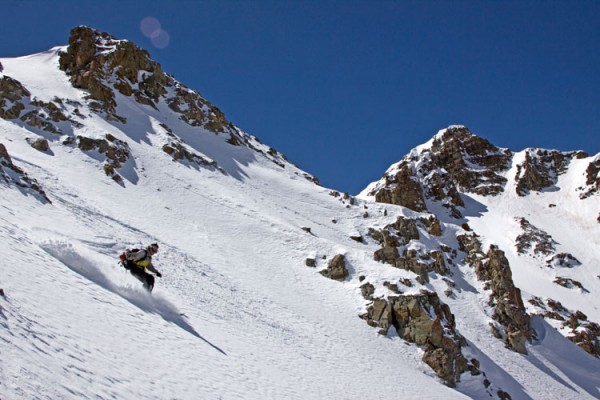 Go north!!! It actually looks (and was) good. 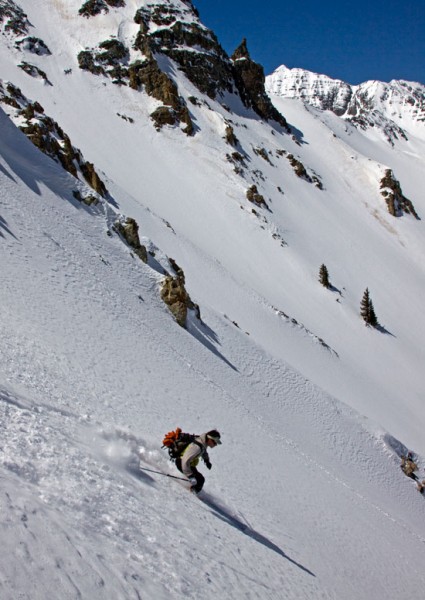 Sean’s happy with the conditions, at least the sun and warm temps. The snow/snirt conditions, have him a little bummed though.

And the postitive spin? Well I ventured up Hunter Creek for a trail run this morning, and couldn’t believe how far I got before hitting any remnants of winter. Apart from some snow that always lingers in the shady backside parts of Smuggler, it was mostly dry. In fact, you could likely make it all the way up to the foot of Van Horn Park on dry ground right now if you like. So maybe snirt’s not all bad, I bet some are OK to see the summer conditions come into shape earlier than the past couple of seasons. Maybe time to switch gears?

His pole-less descent- he's not called Johhny Extreme for nothing! 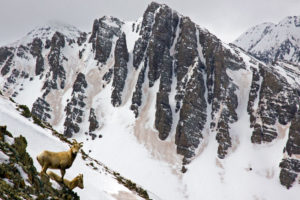 Much to some locals’ dismay, the regular season in Aspen[...] 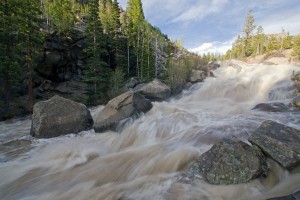 The snow is just about gone from Bell Mountain, which[...]