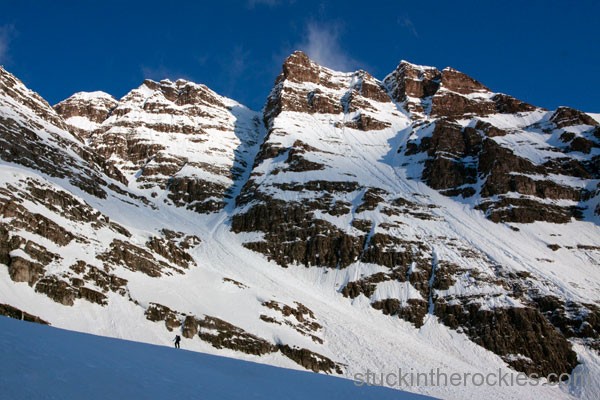 Joey, in front as usual, makes his way up towards the Bells.

The season went on and on and we stuck with it as long as we found things good, but we’ve decided it’s time to pack the gear away for the summer.
It was a great spring and I thought I’d share some photos from various days that didn’t make earlier posts of their own. 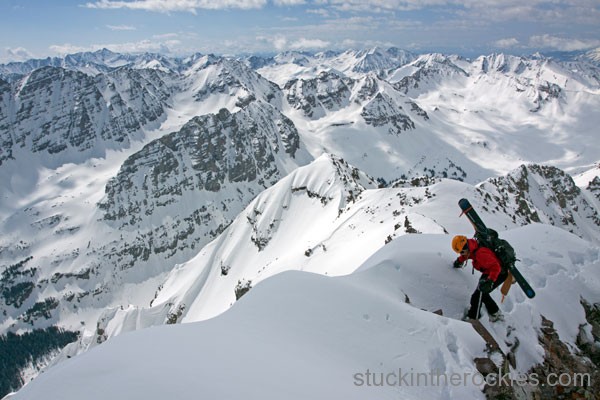 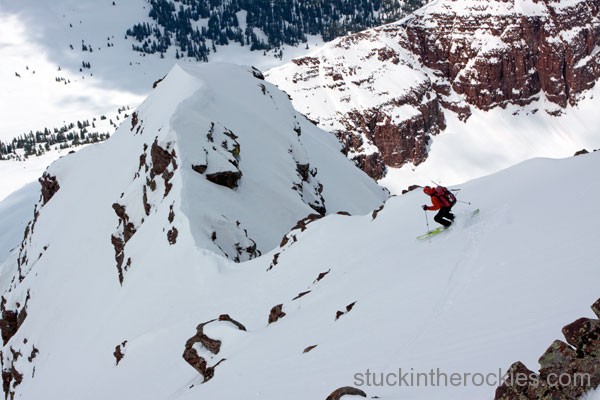 Joey makes his way along South Maroon’s southwest side. 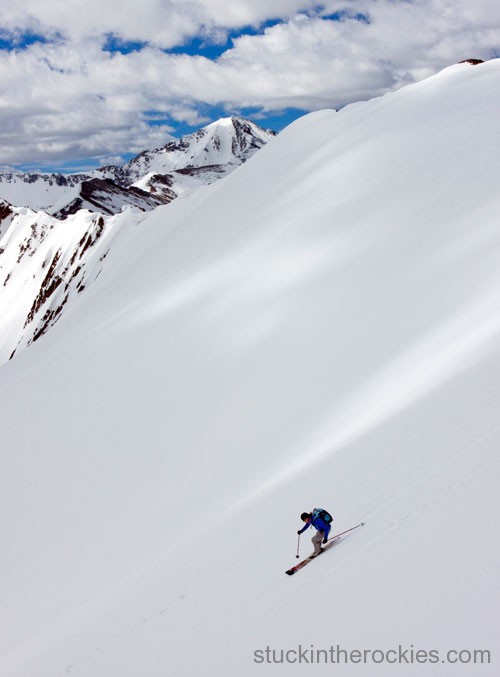 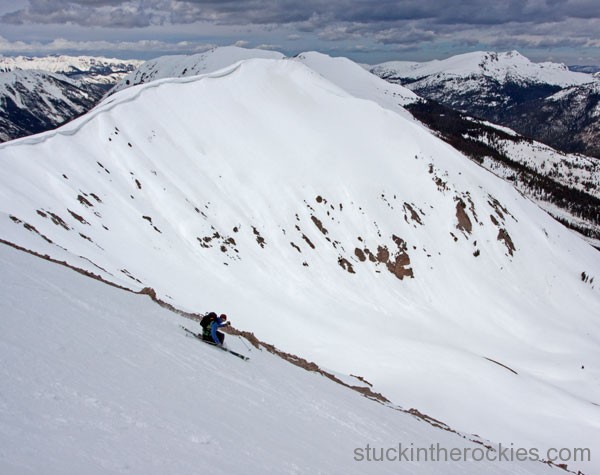 Chase Edgerton on the north side of Independence. 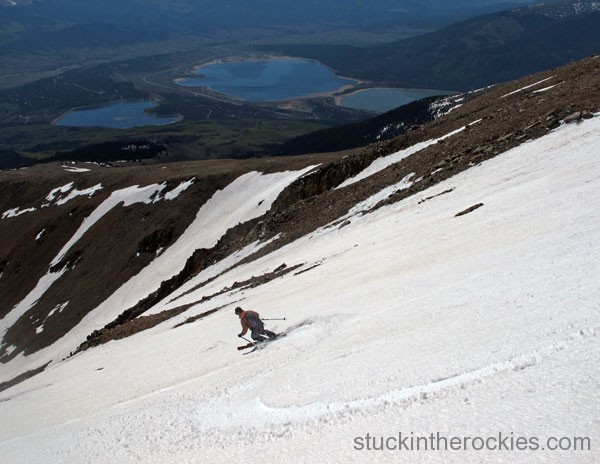 Sean and I ventured over to ski Mount Elbert, where we found much less snow than on our side of the Pass. Conditions in the Box Creek Cirque were near perfect, and we were able to walk the mostly dry trail (along the ridge in the background) in sneakers, to about 13,000 feet, before putting on our ski boots and skinning. 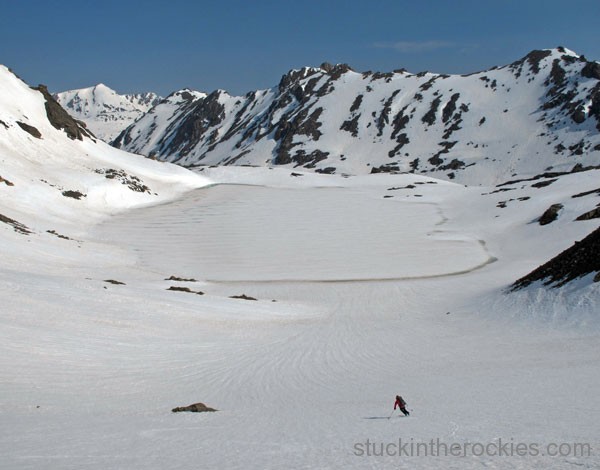 Christy and I did a tour of the Lost Man Loop last weekend on the lightweight gear. 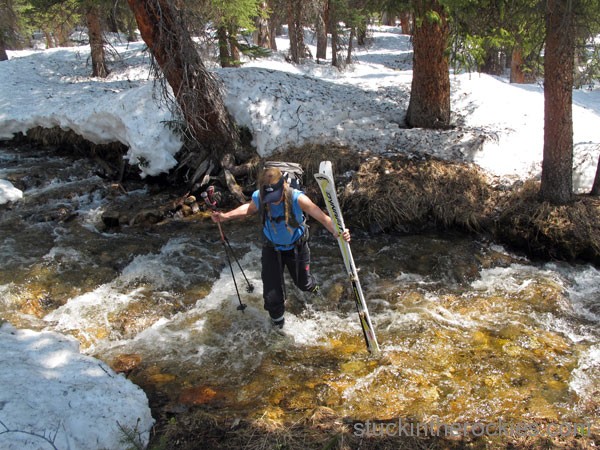 Summer was beginning to assert its dominance. 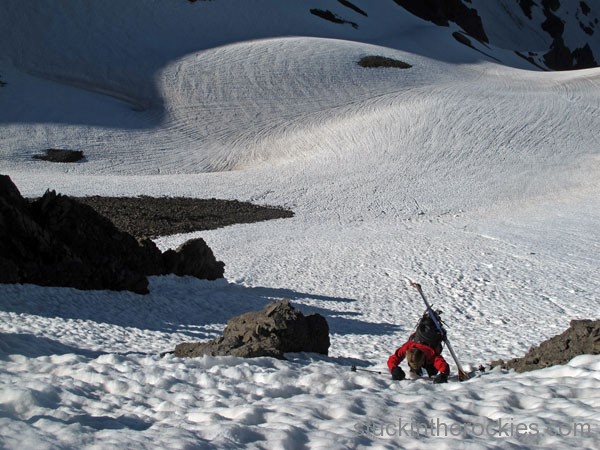 When we tried to put an ambitious day together last Sunday we found the snow to be showing the melt-effect signs of summer. The suncups were like big climbing jugs on the uphill, but not very much fun to ski over on the descent. 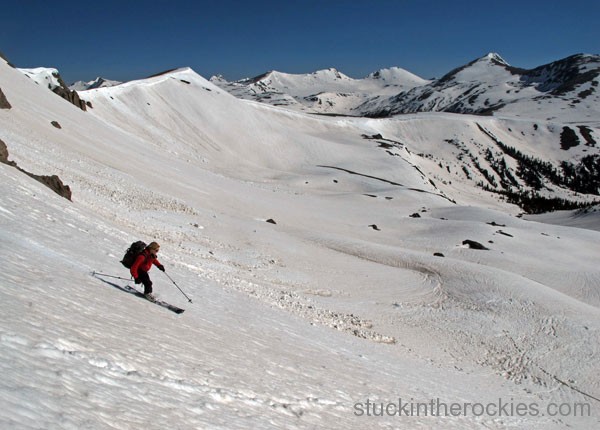 So between the dust, runnels, suncups, and hot days, we just decided last Sunday (pictured here on Independence Pass) was it for us. 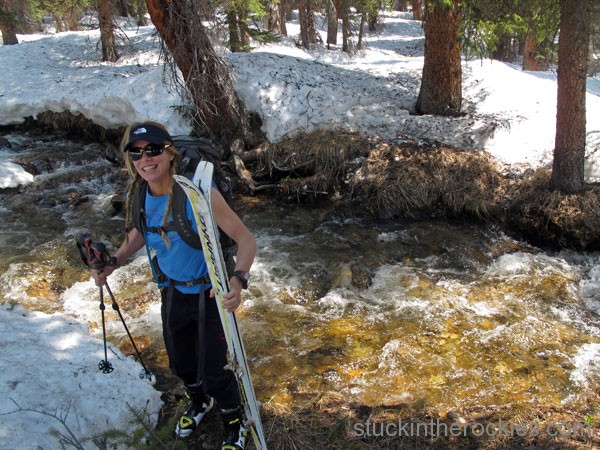 And Christy agrees. It was fun while it lasted. Now it’s time for summer. 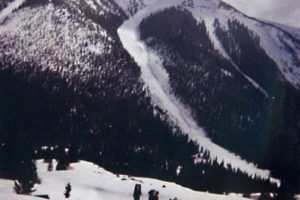