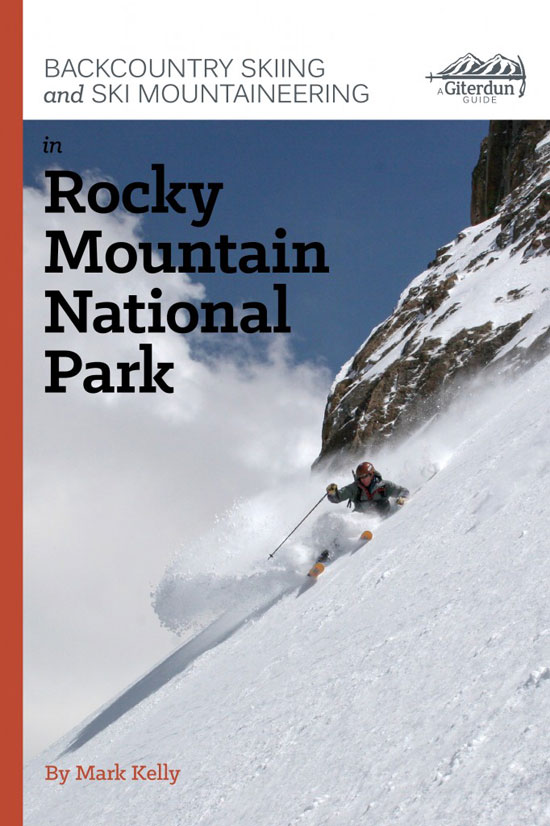 The Backcountry Skiing and Ski Mountaineering in Rocky Mountain National Park guidebook is on the shelves, and gracing the cover is a photo of mine– that of Dirk Bockelmann skiing the North Face of Longs Peak.

The guidebook was written by Mark Kelly and published by Fritz Sperry. Mark is a former Colorado Mountain School guide with years of first-hand experience in RMNP.  Fritz is a serious ski mountaineer who has authored Making Turns in the Ten Mile – Mosquito Range, and was responsible for getting this guidebook to press. It looks great, and is loaded with detailed descriptions of a wide variety of ski routes in the Park. This guidebook deserves a place on the shelf of all Colorado backcountry skiers and ski mountaineers, and it’s an absolute “must-have” for those into climbing and skiing from the greater Denver, Boulder, and Front Range neighborhood.

You can order it direct from Giterdun Publishing here. For $26 it’s very reasonably priced as far as guidebooks go, and it might make a perfect last minute holiday gift for someone. 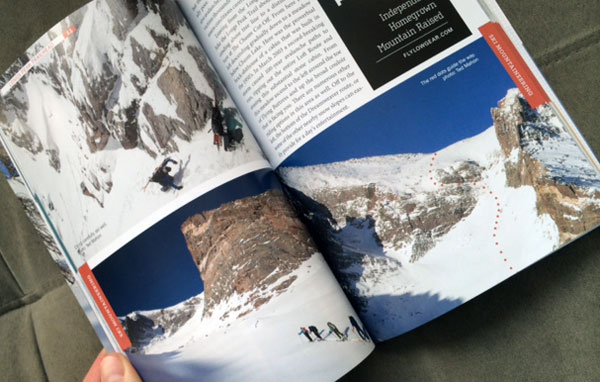 I’m psyched to have landed my first cover photo. All told I think I have ten shots in the book, from two different described routes. Interestingly, I’ve only skied in Rocky Mountain National Park two times, yet both days– Longs Peak and Mount Meeker– turned out to be great ones. I’ve been told several times by people who ski in RMNP often that we caught the North Face of Longs Peak in the rarest of powder conditions. Some have gone so far as to say they have never seen conditions like that, ever. Our group that day– Christy, Dirk, Sean Shean, and myself– still talk about it, now 8 years later, as an unforgettable five-star day. 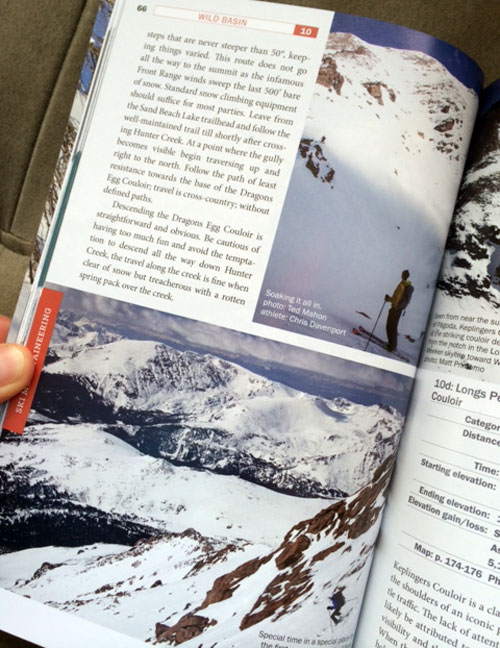 Dav and Christy in the Wild Basin section.

Our day on Mount Meeker last spring was top notch too. Christy, Dave Bourassa, Ian Fofrman, Chris Davenport, and I skied the Dragon Egg Couloir, a line that Dave told us isn’t in skiable shape but every few years. The couloir is a long descent that we nabbed in spring powder, and like Longs, it felt as though we got away with something super-special there too. (Check out some details here.)

Sometimes you just get lucky I guess. I’ve certainly experienced my share of downright bad days, where I toted the heavy camera around only to come home with a bunch of hard-snow, grey-bird photos that are barely suitable for a blog post.

You have to get out as often as you can, all the while accepting that you’ll hit some bad days, but you’ll also get a few great ones. And they’re all worthwhile.

Check out the book! 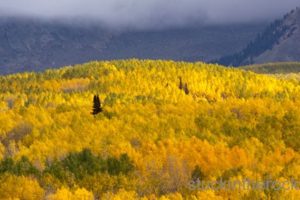 It was twenty-five degrees with snow on the ground this[...] 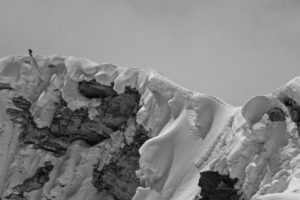 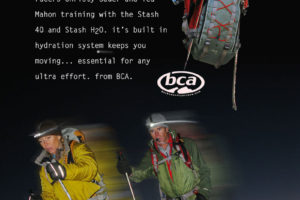 As part of getting all caught up after our trip,[...]