After a great day on Sneffels, it was time to ratchet up the preparation for next months climb/ski attempt on Denali. We decided to head in to Chicago Basin for five days.

We drove to Durango on Cinco De Mayo and proceeded to start off the trip with a full on pub crawl. The next morning we crawled onto the narrow gauge railroad and then crawled even slower up the patchy snowcovered trail for five miles to a camp high up in Needle Creek. It was not the best start, it kicked our ass.

The next morning we were feeling better though. Heading up to Sunlight and Windom peaks was pretty straightforward and thankfully, the snow was good for cramponing/skinning. We ditched our skis at the top of the Red Couloir and made our way around the back of the blocky summit, but were stymied by the final bouldering move in our ski boots. We played with the idea of removing our boots, but in the end, called it good from a spot next to the final summit block. In summer it’s an easy move.

We clicked into our skis and descended in the general direction of Windom, our next goal. I remember the snow to be real good.

In 2007, Christy and I would return to ski from within a pole touch of the summit block. 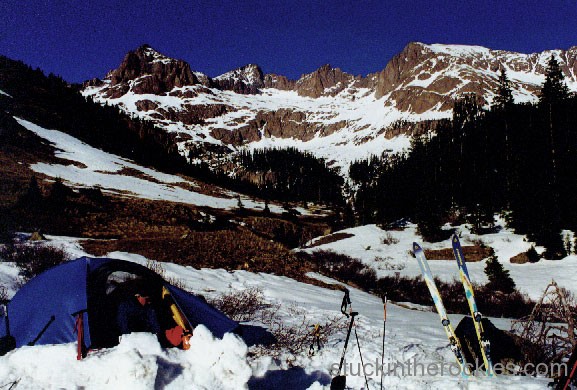 Our camp high in Chicago Basin. 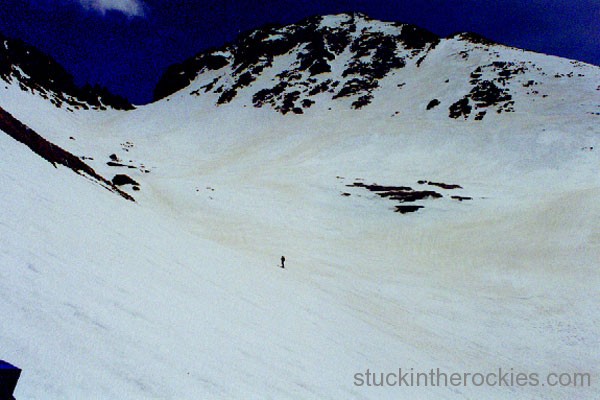 Heading up into the basin between Sunlight and Windom. 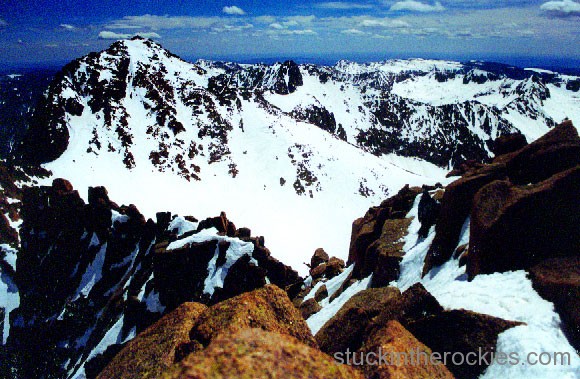 From Sunlight, the Widowmaker Couloir on Windom could be seen. 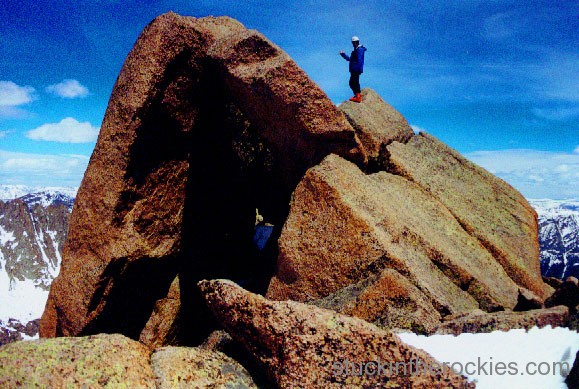 On other years I’d be in this position in my skis. This year it was pretty dry. 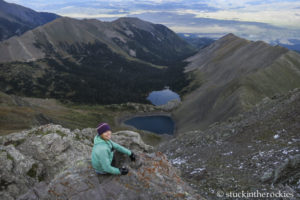 On Eureka's summit, about 13,506 ft., looking down to Eureka and Hermit lakes and the Wet Mountain Valley. 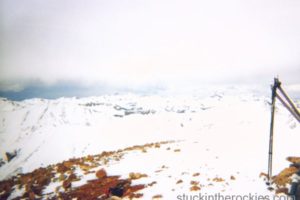 Ssis on the summit, lousy weather all around, Uncompahgre and Wetterhorn in the distance. 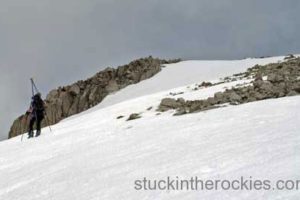 Route: Cameron Amphitheater Team: Ted, Dwayne Stein It would be[...]