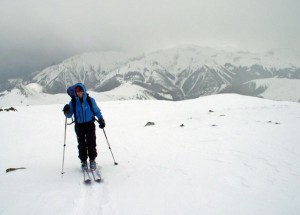 Once on the summit plateau, unwelcome weather arrived.

In a week we were headed to Europe to ski the Haute Route, the classic ski trip connecting the towns of Chamonix and Zermatt. So in an effort to prep for the tour, we decided to head to Lake City for a weekend trip. We made our way there Friday afternoon, staying in a Lake City cabin, and although the floors were slanted, ceilings low, and the bed was like mashed potatoes, it was better than camping. Early the next day we would pack in our overnight gear and try for Uncompahgre and Wetterhorn peaks.

The snow closure was high on the Matterhorn Creek Road, almost at the trailhead. With a tent, sleeping bags, food, and ski gear we hiked up into Matterhorn Creek and set up camp. It was easy skinning on the frozen morning snow, it wouldn’t be that easy on the way out. We had two days there.

After setting up camp we were ready to go by noon. Although it was cool out, the sun was high so we decided it was too late for the east side of Wetterhorn– that would have to wait until tomorrow morning. We headed instead towards Uncompahgres big west face, and except for a short rocky bit near the top we would skin all the way to the summit. Throughout the climb we were feeling lucky because the snow was softening and we thought the ski down was going to be sweet.

As luck would have it, the light breeze that was around all morning abruptly became a sustained wind, and with it came clouds. The last ten minutes of the ascent required a stop to add a layer and a few minutes later Christy needed her down jacket. We took a few quick summit shots and headed back down the same way we came up only to discover a nasty breakable crust about two inches thick had formed, turning what we though would be “sweet” into quite “sour”. The lack of ski photos is a testament to the conditions— kick turns and traversing became the style for most of the descent. Bummer.

Back at camp, the spring storm hung around for a while. The next morning, while clear, was marked by driving winds all around the tent. We made a short effort up towards Wetterhorn but had to abort after numb fingers and the sandblasting effect on our faces proved too much to bear.

I’d get some redemption on Castle Peak two days later. We’d get back to Wetterhorn on a better day. 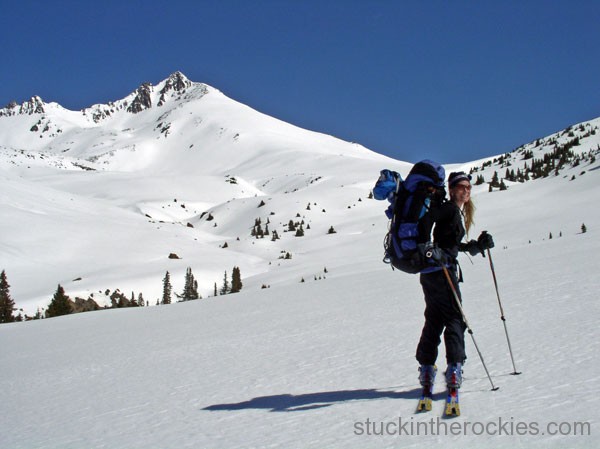 Heading up into Matterhorn Basin, everything was looking good. Matterhorn Peak is in the background. We camped in the snowy gully. 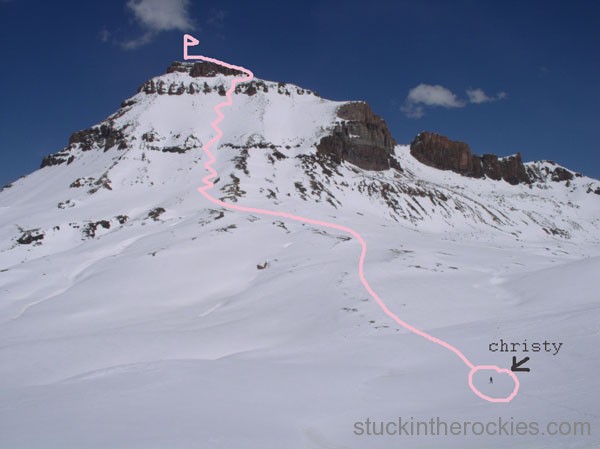 After setting up camp we headed to Uncompahgre. Snowfilled couloirs and sun had us feeling lucky. The west side was filled in good, and we could ski continuously from the summit. 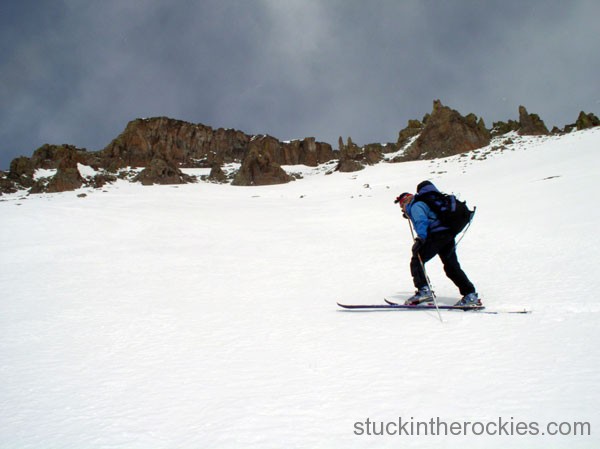 Christy switchbacks up the West Face. The snow was getting soft. 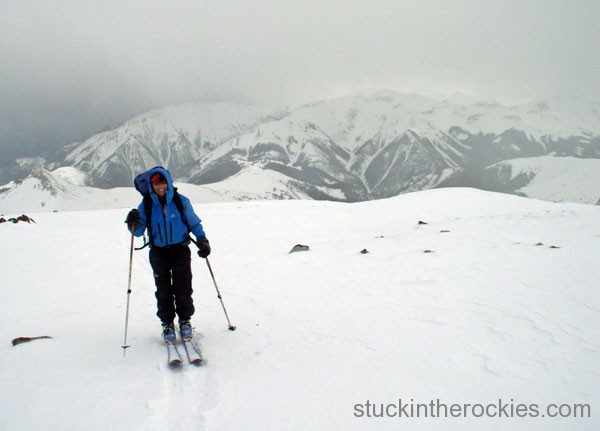 Once on the summit plateau, unwelcome weather arrived. 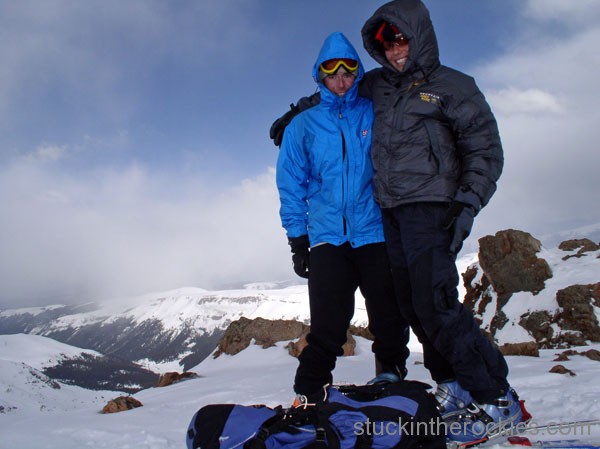 Somehow Christy assumed Yeti-like proportions in this photo on the summit. 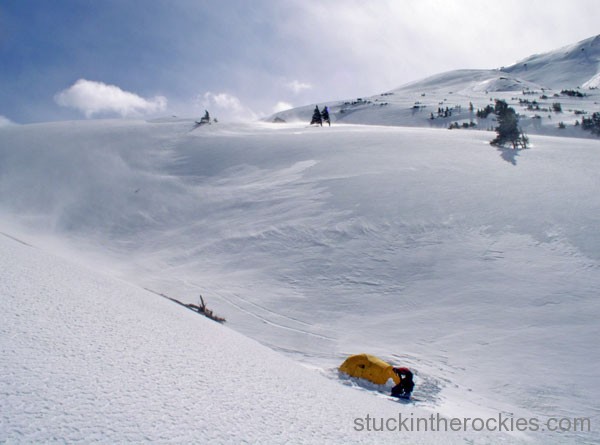 And back to camp.We wished the skiing was better, but that’s how it goes with this 14er thing sometimes. 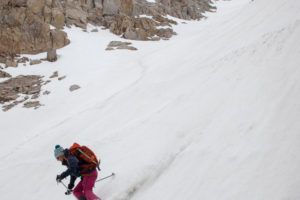 The snow softened more and more as we made our way down.

Our trip to the Sierras started with a ski descent of the Northeast Couloir on Mount Langley, the southernmost 14er in California's Sierra Nevada Mountains. 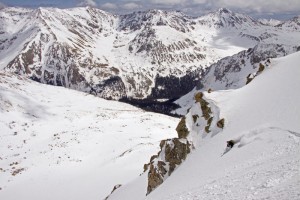 A Sad Day for the Tele’s Route: Northeast Face Team:[...]