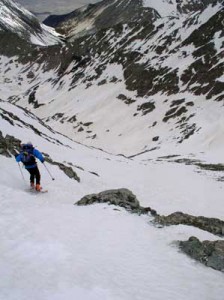 Eventually there was enough room for some fall line turns.

Having just skied down from the summit of Ellingwood Point, most of the climbing for Blanca was already done. From near the 13,000 foot mark, we switched out of ski mode and into climb mode, and although Blanca Peak is the 4th highest peak in the state, from here it’s pretty easy.

Christy and I took turns kicking steps up the snow covered face. Our solo friend we met earlier on Ellingwood was headed this way as well, choosing the route along the ridge between the peaks and not on the face. We would meet him again up top.

It was a beautiful day on the summit, a slight breeze and very sunny. Good weather in May at 14K, and with snow all around and skis on our feet is about as nice a day as one can have, so we hung out up top for a while to enjoy it. The ski line faces west so we had plenty of time before we needed to get going.

When we finally did, some more creative route finding was needed to weave a line off the top through ribbons of snow. Eventually we made it to the more filled in part of the lower face, and we cruised down past the high alpine frozen lakes and back to the tent.

Facing the hot, arduous walk back down the road to the truck wasn’t that bad this time, after having such a cool day up above. 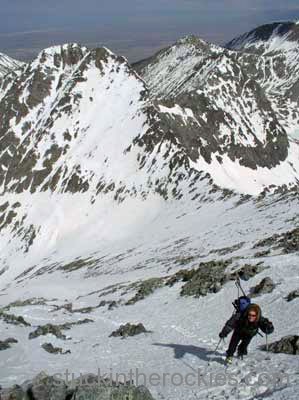 Christy on her way up, Ellingwood Point in the background. 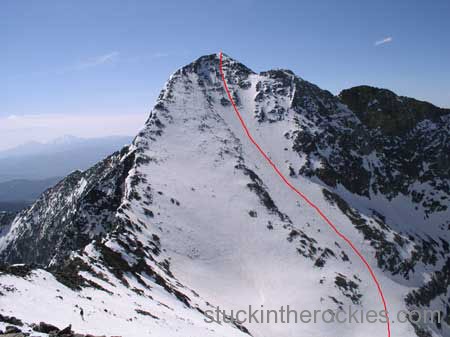 The ski line as seen from Ellingwood Point. The climbing line was more to the left. 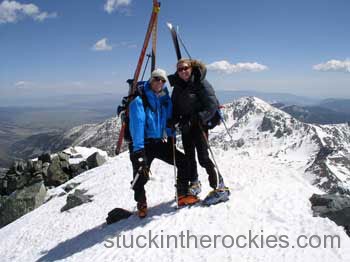 I think those are yoga pants Christy’s wearing. 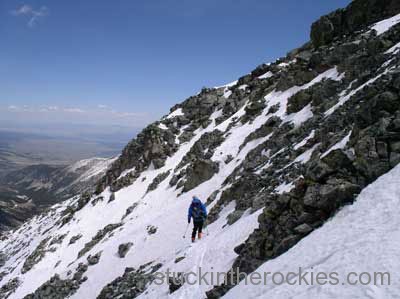 Connecting the snow through the rocks off the summit. 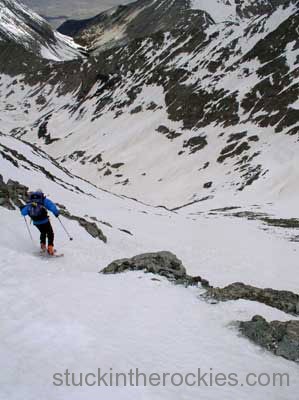 Eventually there was enough room for some fall line turns. 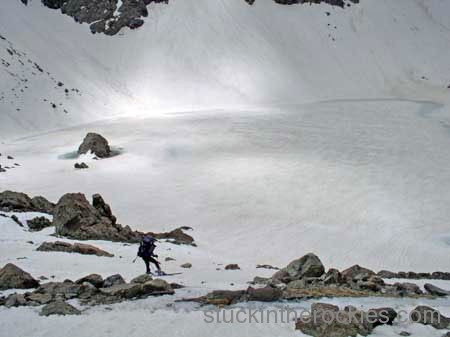 Christy nearing one of the Blue Lakes. 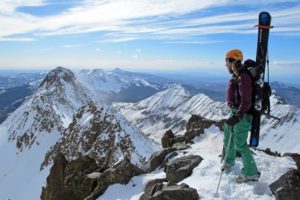 A message after skiing all the Colorado 14ers back in 2010. 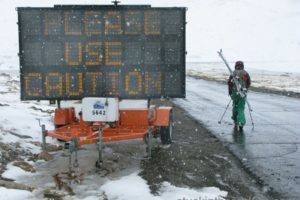 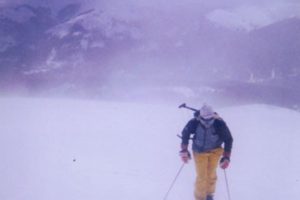 Christy skins up the East Ridge.

Route: East Ridge Team: Ted, Christy Christy and I had[...]