Looking northwest from the summit. The Crestones on the left, Humboldt to the right, Milwaukee and Pico Asilado are below in the foreground. Click to enlarge.

It’s been a little while since we made a trip to the Sangre de Cristos. More than two years ago, when Christy was making a push to finish skiing all the 14ers, we headed down to this range for seven weekends in a row, when a huge upslope storm buried the range in snow. After that effort, I guess we had a little Sangre fatigue, and we did things elsewhere. Before we knew it, two years had passed since that spring skiing spree, and nearly four years since we made a summer weekend down there.

So when we decided to go on a mellow camping trip, the notion of heading down to the Sangres had some appeal, not only due to the fact that we hadn’t been there in a while, but also because everything around us is still melting out. After a quick glance at a map, we figured that Music Pass and Sand Creek, just southeast of the Crestones, was the place to go.

Actually, we had been to the area before. Back in 2006, we camped at Upper Sand Lake, and climbed Milwaukee Peak (13,522 ft.) and Pico Asilado (13,611 ft.). It was on that trip we decided that it was such a pretty spot, we would have to return someday to climb Tijeras Peak, 13,604 ft., a bicentennial peak that dominates the view from Music Pass, and stands tall above Lower Sand Lake.

A cool climb, a beautiful lake, all-in-all a really great getaway. If you haven’t been to the area, it’s definitely worth checking out. 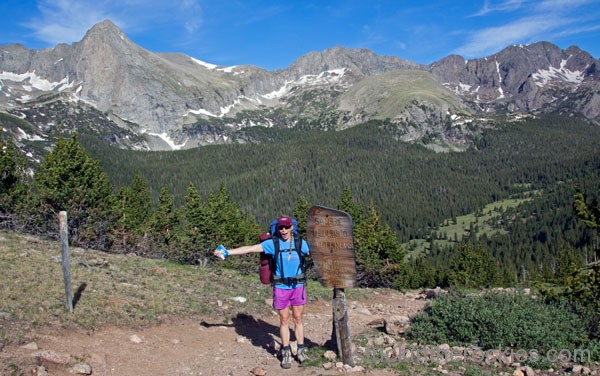 Christy belts out a few notes atop Music Pass. Tijeras is the summit out to the left, Lower Sand Lake is nestled in the trees just below. 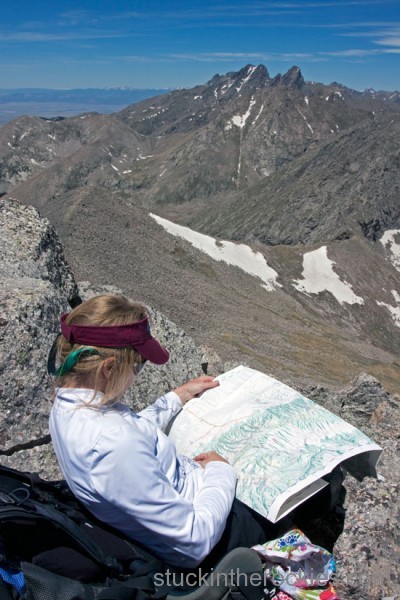 After setting up camp at the lake, it was two hours to the summit. Christy checked out the map and scouted for future goals. What to do next? 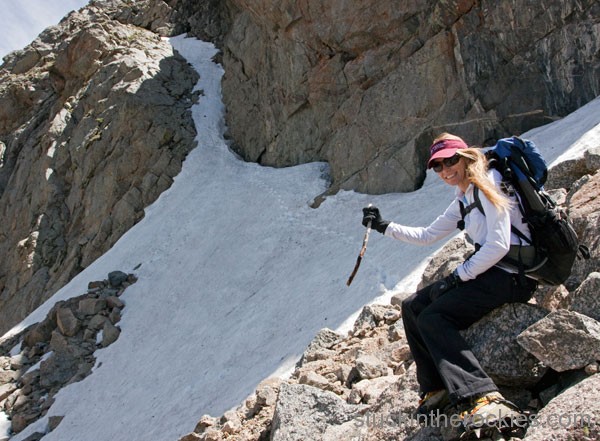 This snow ramp was the only access on and off our route. Not wanting to haul in too much snow gear, Christy opted to go “sans piolet” but used crampons. 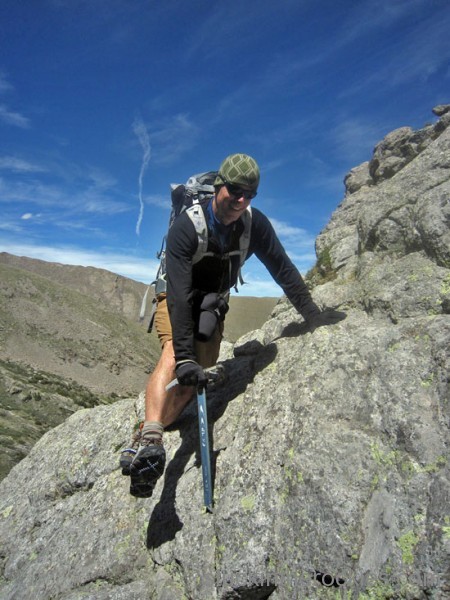 And I took the “extreme yaktrax-ing” option, though with an axe. 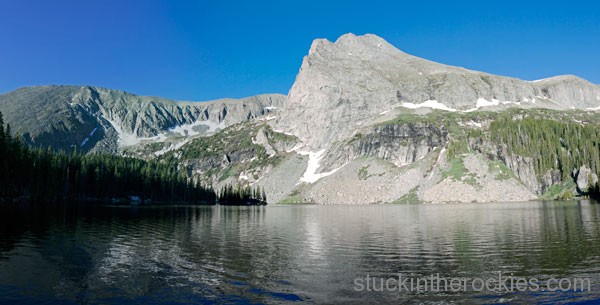 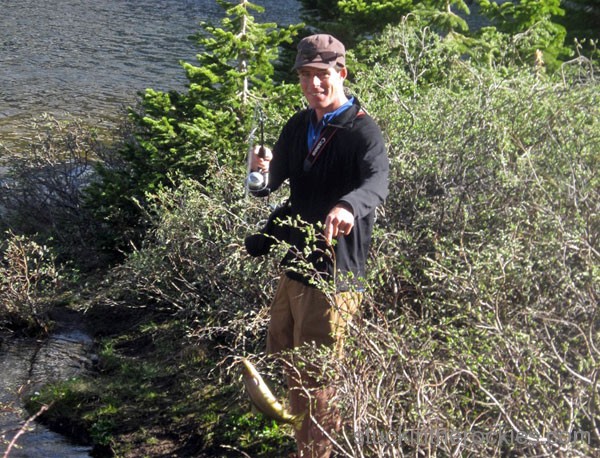 I hooked a rainbow trout and as Christy and I debated whether or not we should let it go, it made the decision for us, and freed itself and swam away. 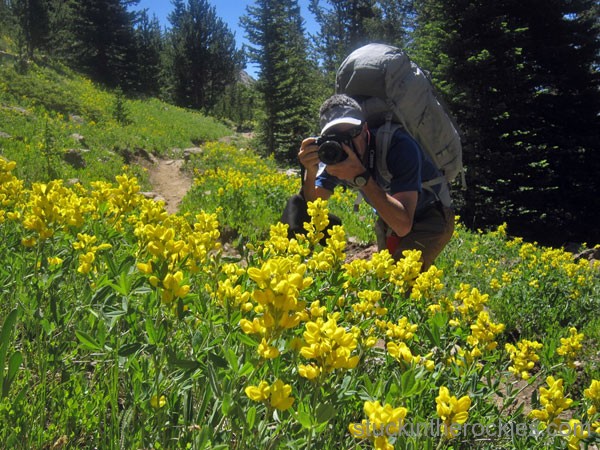 Around Aspen, the snow is still melting. Down here, the flowers are going off. 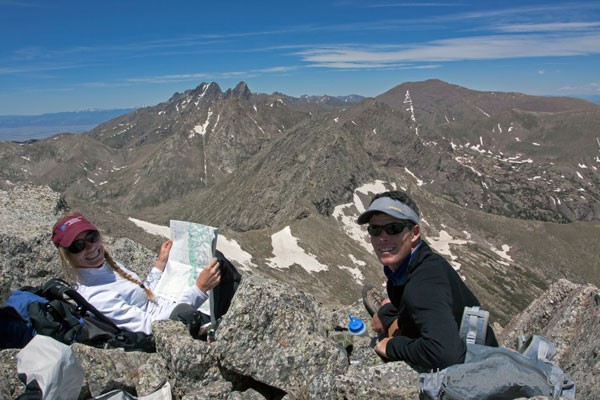 It’s never too early to get those Xmas card shots. We’ll see if this one makes the cut. It was super fun weekend, and we decided we might have to go back to the Sangres soon.

After climbing the couloir from Como Lake, Christy starts along[...] 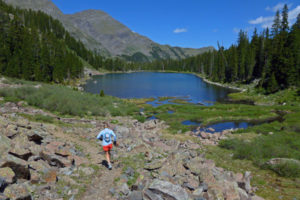 Christy follows trail around the south side of Cotton Lake.