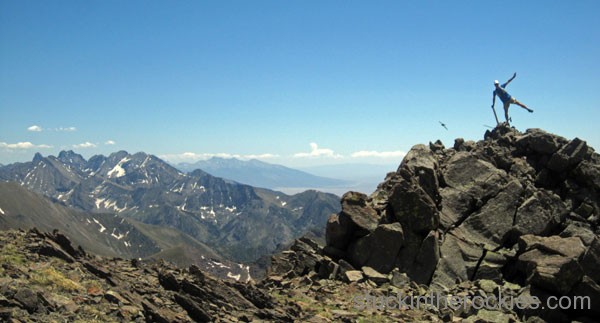 Atop Rito Alto Peak, with the Northern Sangre 14ers out to the left, and the Blanca group, in the distance behind.

Looking out from the summit of Tijeras Peak the weekend prior, we wondered what the northern end of the 75-mile, snake-like ridge that makes up the Sangres was like. So we decided to make the trip down here for a second weekend in a row, to go check it out.

This time, we approached from the west, via the San Luis valley, opting to tag some summits as part of a long trail run/ hike outing. We headed up towards Rito Alto Peak, 13,794 ft., the 110th tallest mountain in the state, along the trail and past the lake that bears its name. We gained the ridge at Hermit Pass, on the spine of the Sangres. An easy hike north put us on Rito Alto’s summit, after which we descended and scampered up Hermit Peak, 13,350 ft., the adjacent peak on the ridge south of the pass.

Twenty-two miles after starting we were back at the trail head and finished. The day netted two summits and about 6,000 vertical feet of climbing. Even better, along the way we encountered a huge herd of elk, saw antelope on multiple occasions, and even came up on a bear on the trail. It was a good day, with a whole lot more solitude than the Aspen area trails have had this past holiday weekend. 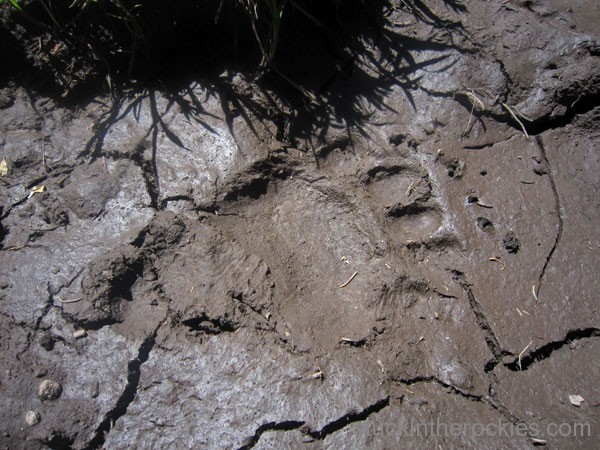 The print of someone wearing Vibram Five Fingers? Or a bear? Definitely the latter. 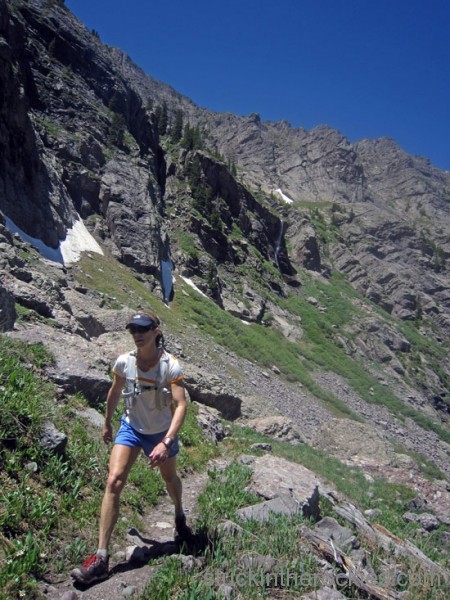 On the ascent, just above the lake. 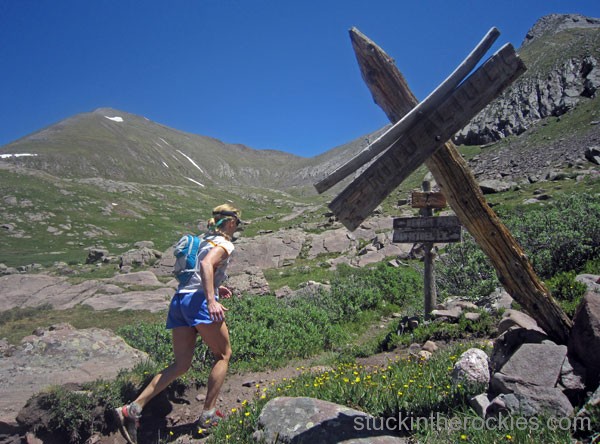 At a trail junction. Rito Alto and Hermit Pass (and a giant herd of elk) are above to the left. 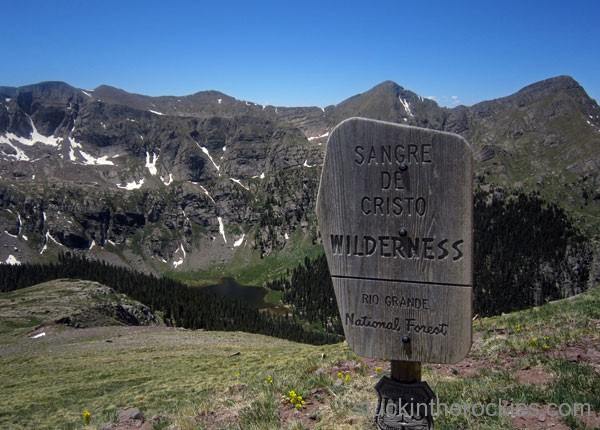 Rito Alto Lake, below, from the wilderness boundary near Hermit Pass. A 4wd road accesses the ridge from the east, hence the boundary way up high here. 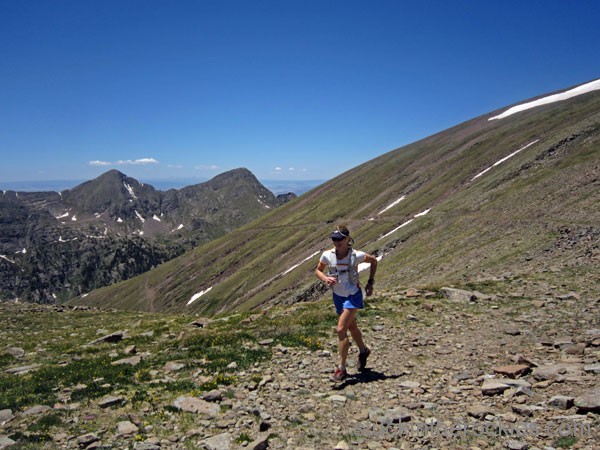 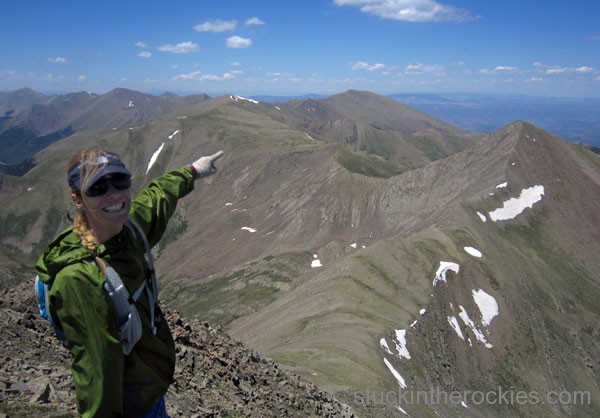 Christy recons goals to the north, one of which bears the last name of Christy’s grandparents, Gibbs Peak. 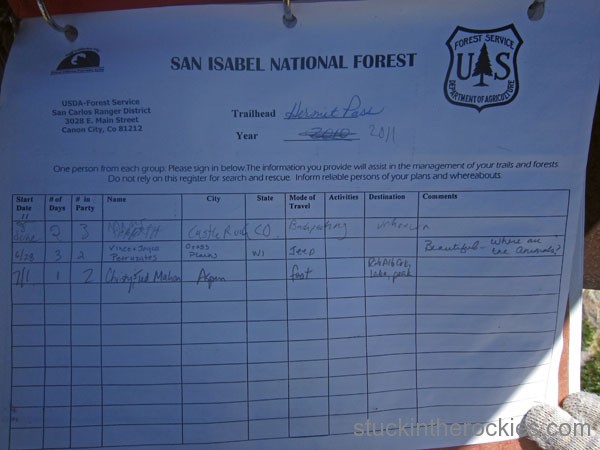 So the couple from Wisconsin who drove a Jeep up the burly road asked the question,”Where are the animals?” I don’t know but I can guess that maybe it has something to do with the V8 whining uphill that scared them away? We saw plenty traveling on foot. 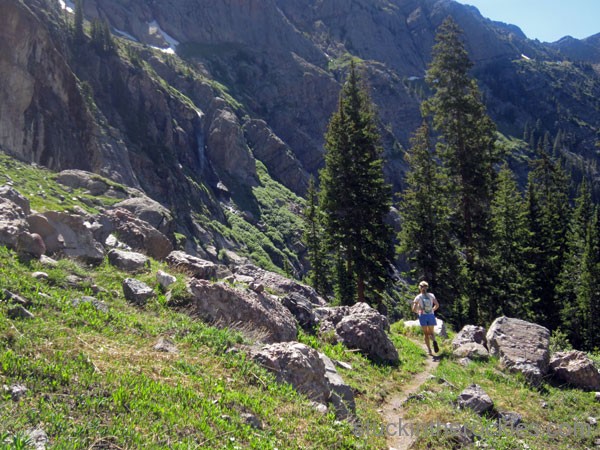 Heading back down, we flushed some more antelope. 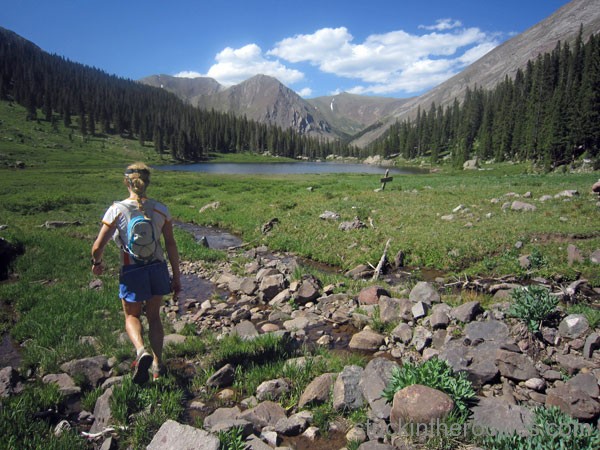 Back around the lake. 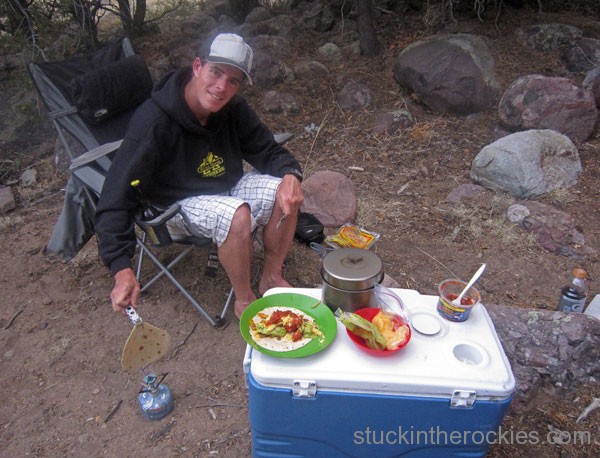 And to camp in time for happy hour and then dinner. That might do it for the Sangres for a while.