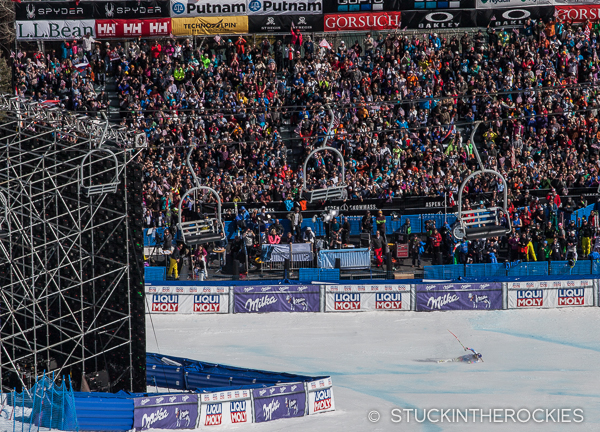 Lindsey Vonn went down as she crossed the finish line of the downhill. She finished in second place.

For five days last week the top men and women ski racers in the world descended on Aspen for the 2017 FIS World Cup Finals. It was the first time in twenty years that the event was held in the U.S. and while Aspen has a long history of hosting World Cup races through the regular season, the last time the World Cup Finals were held here was way back in 1950! Suffice it to say everyone was excited to have this grand event back on Aspen Mountain.

Regardless of your passion for skiing or knowledge of ski racing, it was easy to appreciate the event. Each day the racers competed in different disciplines–  downhill, super-G, giant slalom, and slalom– and each day crowned new men’s and women’s World Cup champions. Town was packed, there were parties every night, the grandstands were full, and spectators lined the course each day to see the guys and gals go at it.

There were several highlights, the most significant of which was 22-year old Colorado native Mikaela Shiffrin being crowned the women’s overall World Cup Champion. Austrian Marcel Hirscher claimed the men’s overall title for the sixth year in a row. In the individual events there was a lot to follow as well, Lindsey Vonn finished second in the downhill and in somewhat dramatic fashion, crashing at the finish line. And Mikaela Shiffrin took second in the slalom.

Since it had been 67 years since this event was here in Aspen, and because nobody knows for certain if it will return any time soon, we took it upon ourselves to go watch as much of it as we could. Here’s some of what we saw on the course. 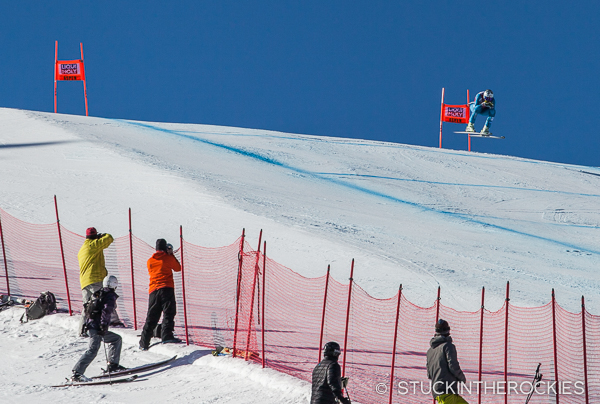 Catching air on the rollover into Ruthies. 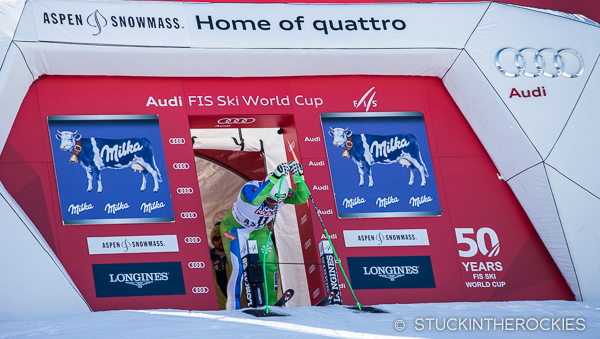 I imagine there are at least a few thoughts going through the mind of a racer in the start gate. Here, Slovenia’s Bostjan Kline gets ready to start. Unfortunately, he miscalculated at the top of the Ruthies and DNF’ed unfortunately. 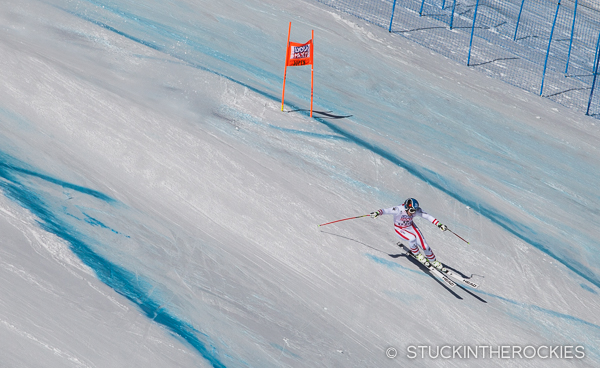 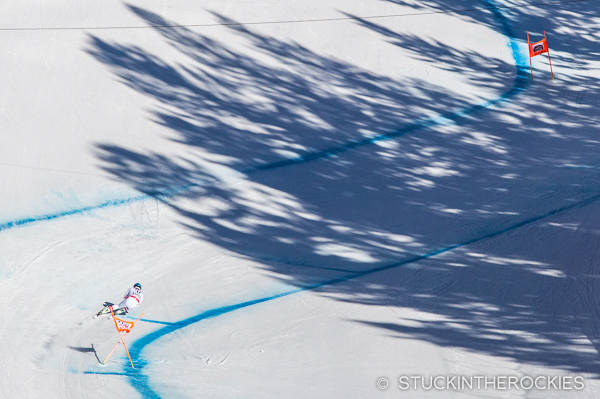 A racer cruising the flats before Strawpile. 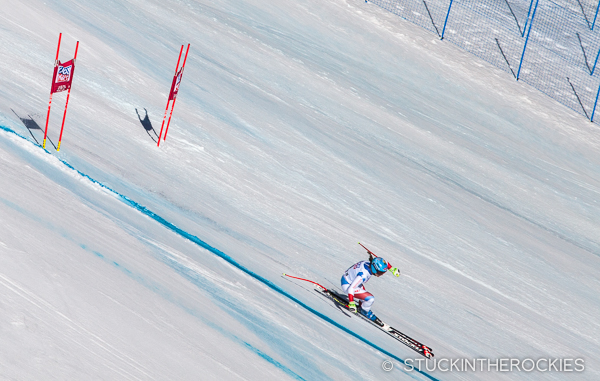 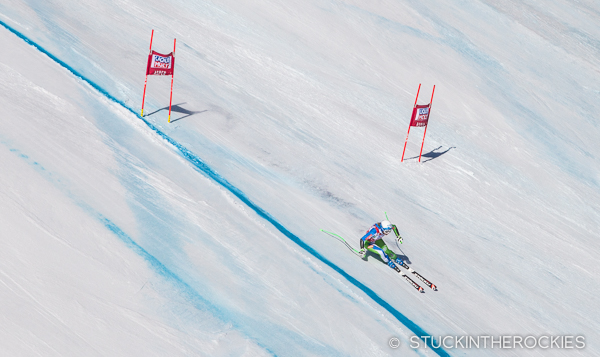 Slovenia’s Ilka Stuhec in the super-G. She finished in second. 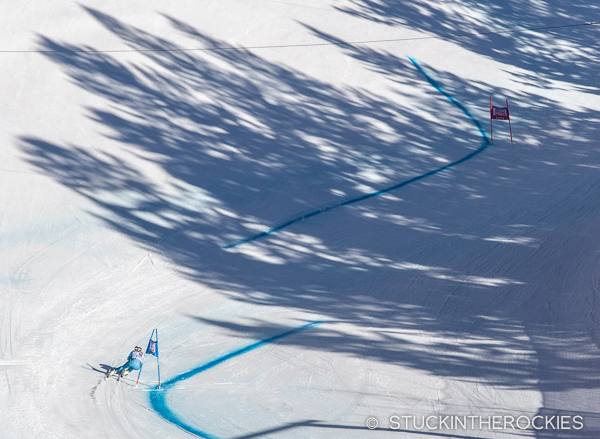 Super-G has more turns than downhill, but is still taken on at really high speeds. 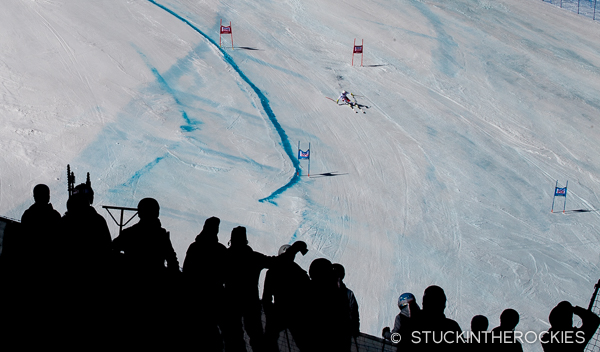 It was pretty ideal for course-side spectating. 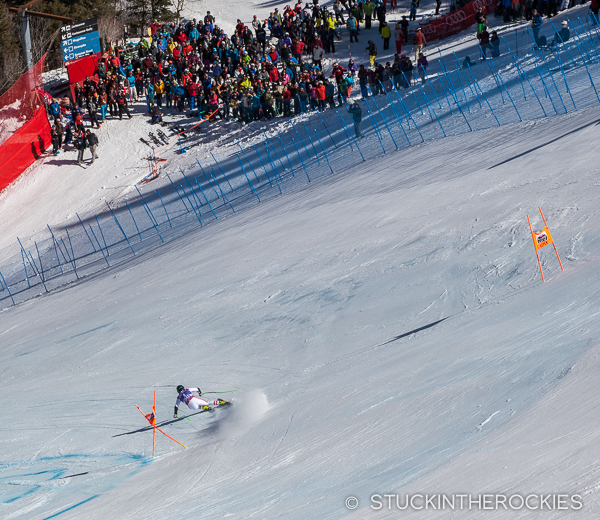 Austria’s Vincent Kriechmayer through the airplane turn at the bottom of Spring Pitch. 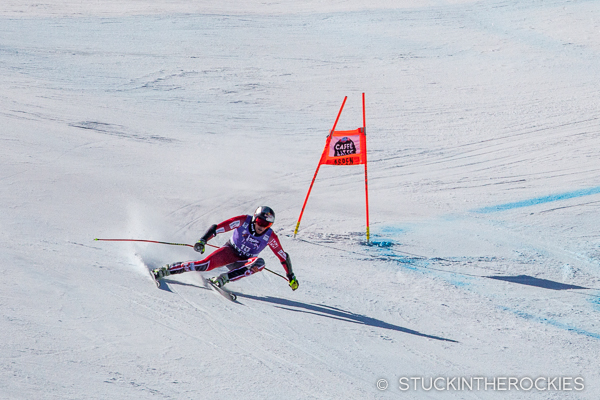 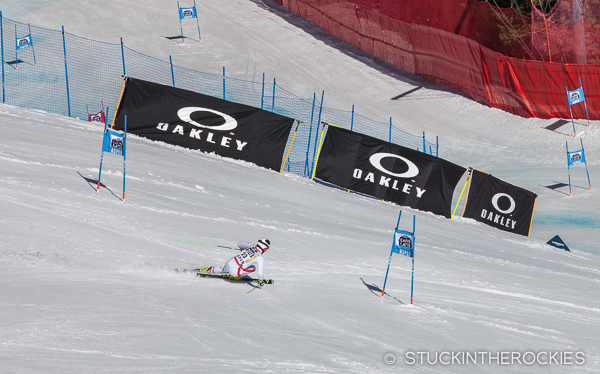 Giant slalom is exciting to watch– lots of turns and just as many places to make mistakes. Seen here, Austria’s Roland Leitinger. 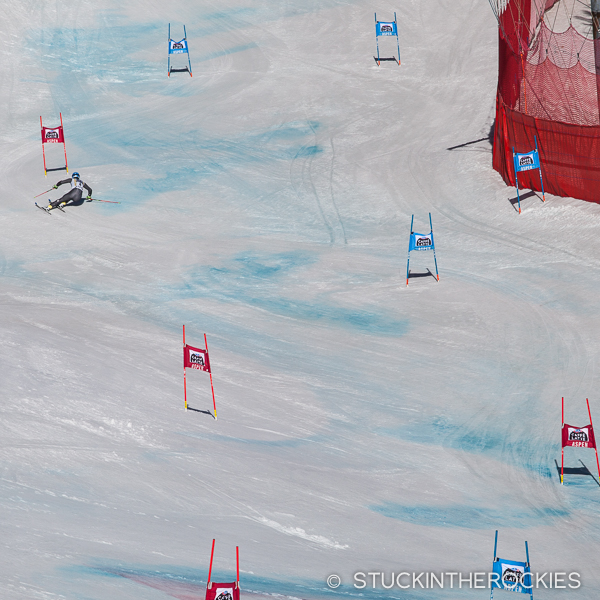 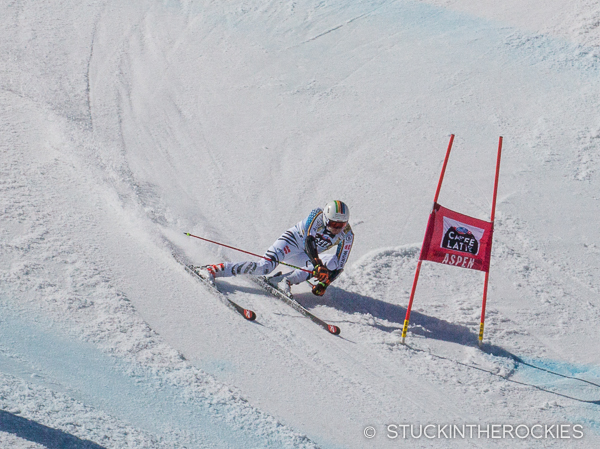 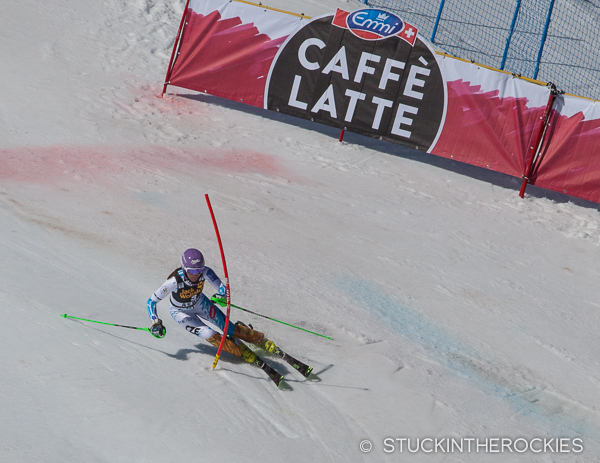 And then it was on to the most technical discipline, the slalom, the turn-iest course with breakaway gates. 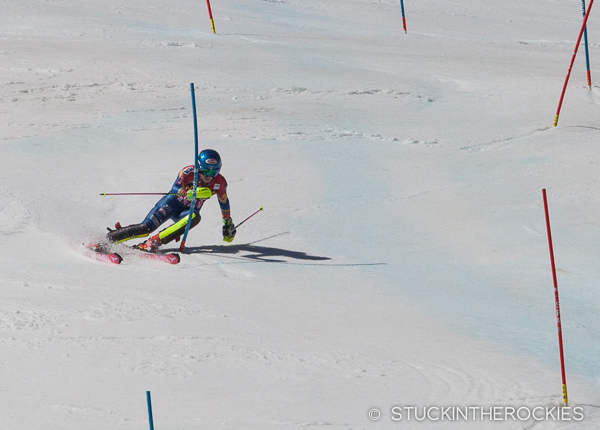 The spotlight was on Mikaela Shiffrin. Slalom is her specialty. 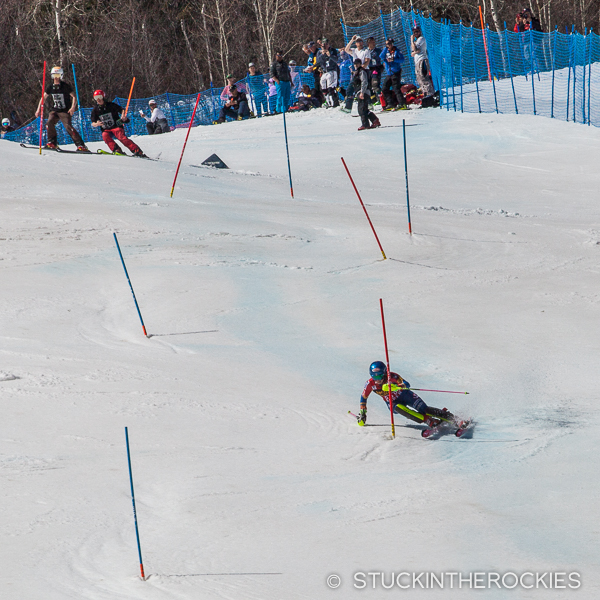 She took the lead after this run. 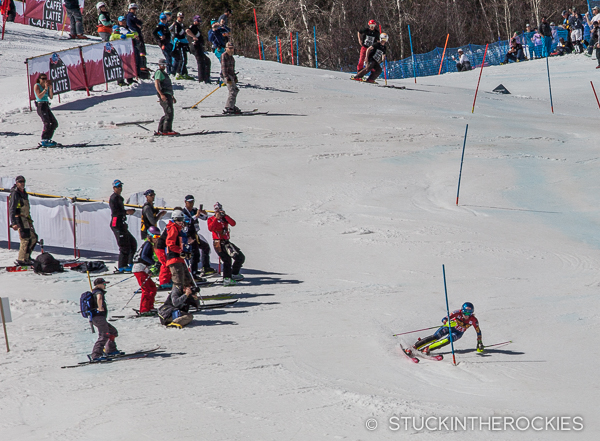 She pretty much had the undivided attention of the entire City of Aspen. 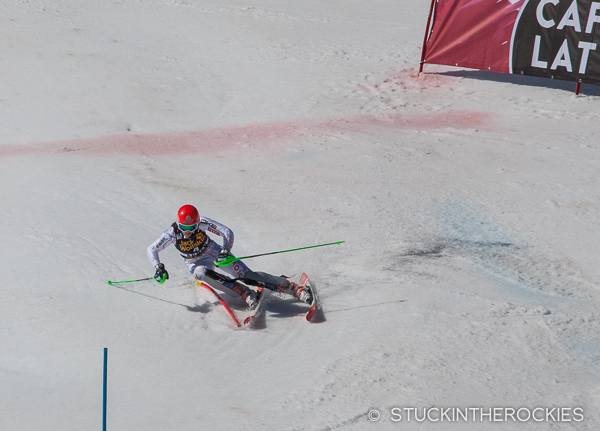 But in the end it was Petra Vlhova from Slovakia, seen here, who took home the win today. Despite that outcome, Shiffrin was the slalom title winner for the year and the overall women’s World Cup champion based on the points accumulated through the season. Congrats Mikaela! 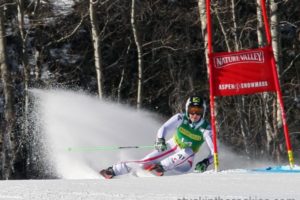 Mikaela Schiffrin, 18 years old and from Colorado, finished in[...] 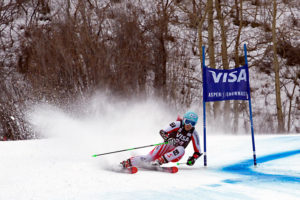 The final turns of Saturday’s World Cup Giant Slalom Another[...] 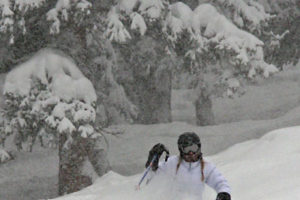 What a shame. There was too much snow for Christy to effectively show[...]