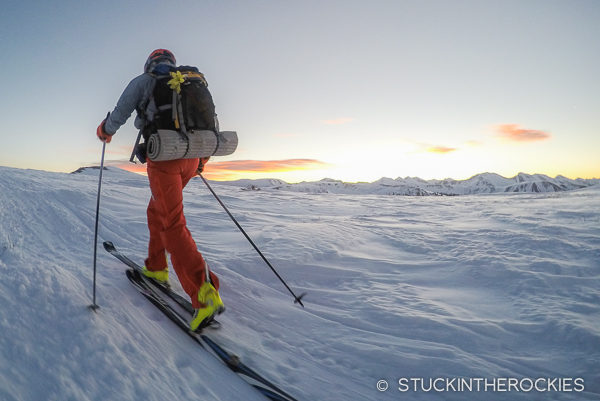 The 20th annual Elk Mountains Grand Traverse was this past weekend. It was the 15th time both Christy and I have completed this race, nine of which have been as a team. And despite a nagging feeling that we’re only getting slower as the years go by, this year was our fastest time yet. We made the 40 or so mile traverse from Crested Butte to Aspen in 9:29. That’s definitely something that we’re happy about.

Having spent a lot of time on long distance endurance courses such as this, we’ve learned that experience and strategy are as important as speed. In an event like the Grand Traverse, or in a trail running ultra in the summer, the hares that take off at the start line don’t always finish in front. For us, a keen awareness of the route after so many years here helped with important decisions:  when to skin versus ski or skate, when to make a pass or when to just hold tight, what to eat, how to pack, what to wear, and all the other small details that individually might only cost minutes, but over the course of the race add up to much more than that. 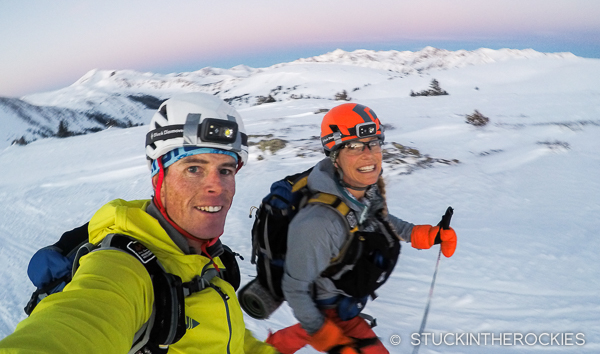 If you made it through the night at the Grand Traverse and you’re still smiling, you’re having a good race.

Favorable course conditions contribute to a good day as well. The snow cover was good, the frozen crust through the East River section was fast and even though it’s been a hot spring, the creek crossings weren’t an issue and all the snow bridges were in. Christy did dab one boot in West Brush Creek but otherwise we made it through clean. We settled into the slow grind and made out way up to Friends Hut and then Star Pass as efficiently as possible. The skiing down Star Pass was alright, a bit variable but still fast. From there we encountered softer snow which made the skinning more enjoyable, and the typical unpleasantness between Barnard Hut and the finish section wasn’t so bad this year. I was told a member of Mountain Rescue Aspen went out with an ATV/RZR and smoothed the track out a bit. Thank you for that.

It was a beautiful night and an even nicer morning. There was light-to-no winds and the temperatures were pretty mild. All together it was just a great night for the race and an awesome outing for Christy and me. We ended up 4th on the overall Co-Ed category which was better than we had hoped. Sure, a few years back our time would have likely won the category, but everyone is faster these days and the level of competition is continually elevated year after year. We happy to see that, it’s come a long way from the old days of nordic skis and kick wax.

That’s cool to think about too, it was 20 years ago that the race started, and Christy and I have made an effort to do this race as often as possible. We’ve always loved the event and considered it somewhat defining to us and our outdoor pursuits. So it was special still be participating here and even improving so many years later. And to make things even better, it was the first time since that first year back in 1998 that an Aspen team won. Congratulations to John Gaston and Max Taam on the win and new course record of 6:37. Wow that’s fast, nice work guys. 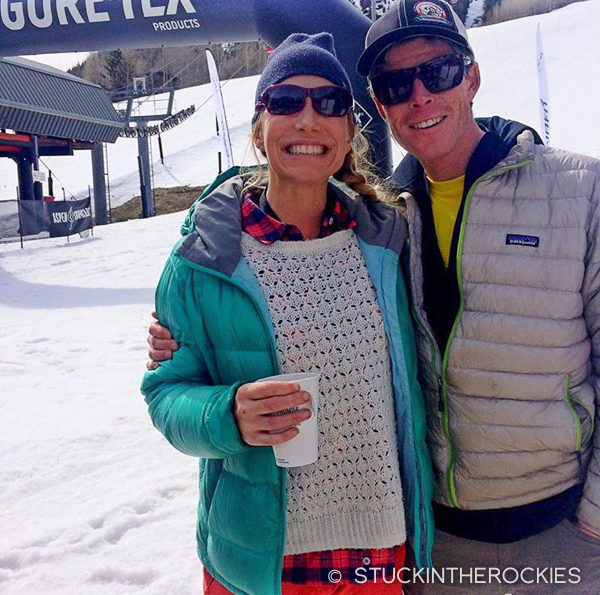 At the finish, happy to be out of our ski boots. Grand Traverse #15, done! 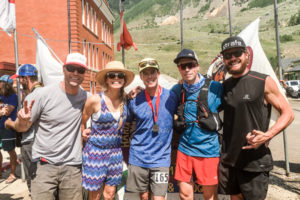 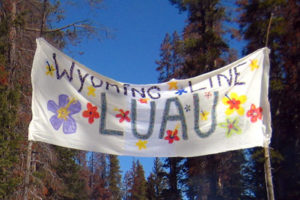