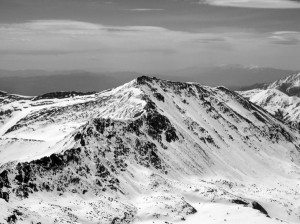 The West Face of Columbia, seen from Harvard earlier that morning.

The thought of not trying for Columbia right after Harvard, even if it was a bit warm and a bit late was not one Christy or I wanted to entertain. At this point in time I was barely halfway through the ski list and wasn’t set on skiing them all, but Christy would make a push over the next few months and get thirty or so 14ers summited, summiting them all later that fall. Her motivation, along with being right there made the decision easy. That, and I hate quitting.

As it turns out, the snow was OK to climb, provided you step on old wet slide debris which was set up good and hard. After a fair amount of sweating, we gained the ridge just south of the summit. The cloud cover wasn’t cooling the snow too much so we made a quick transition, then skied down the snowy ridge, south, to the top of the main west couloir. The snow was definitely on the soft side but after two ski cuts without results, we made a run for it. Had we determined it too risky we could have skied the ridge further south and eventually reach lower angle snow down to Horn Fork Basin, closer to treeline and out of the couloirs.

In any case, it skied fine, although it was tough on Christy’s telemark skis. Soon we were back at camp, and the skiing from there would only get worse. After adding the weight of the camping gear on lower elevation snow that was warming up all day, we had a few of the ingredients for a miserable trip back to the car. The only things missing were long stretches of bare trail between the unsupportive snow and losing the trail, both of which soon followed.

We were beat, I was ready to go home. Once on the road, Christy mentioned it would be fun to hit Casa Del Sol, a favorite Mexican stop in Buena Vista. I thought we could eat somewhere on I-70, after getting some driving out of the way. She thought it would be perfect before heading up to camp for the night and trying for Princeton early the next morning. Well I guess the we’ll squeeze one more in. 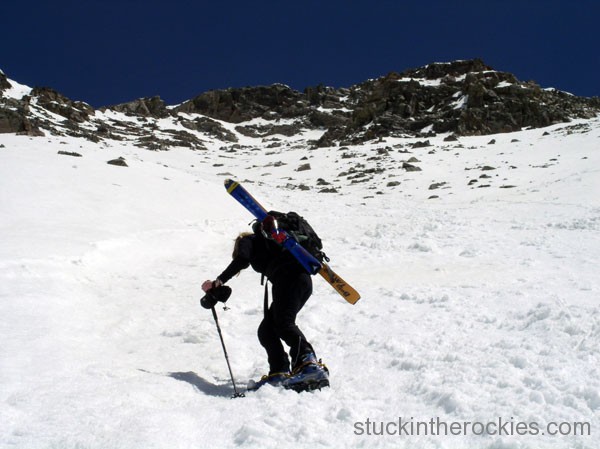 Cramponing up, looking for firm snow. 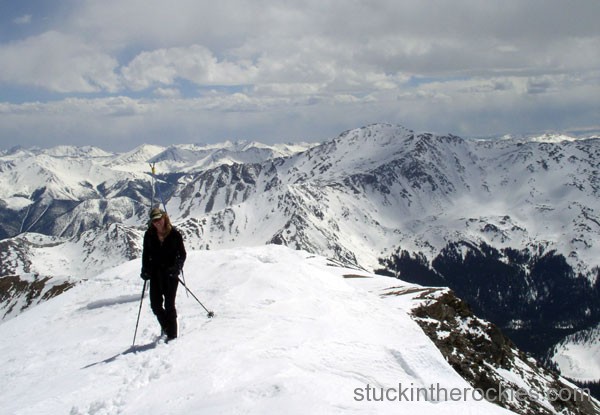 Christy, on the ridge 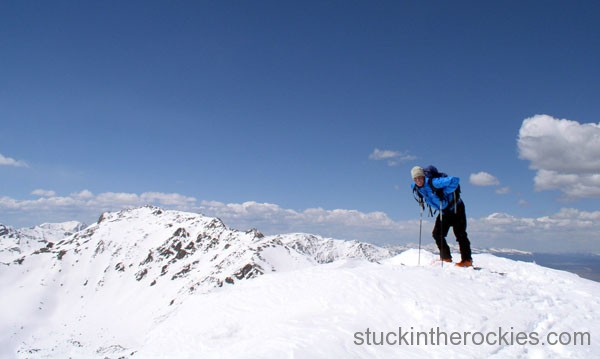 On the summit, with Harvard behind. 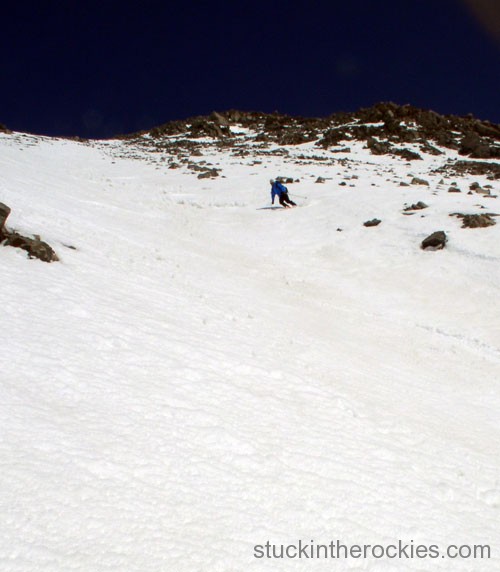 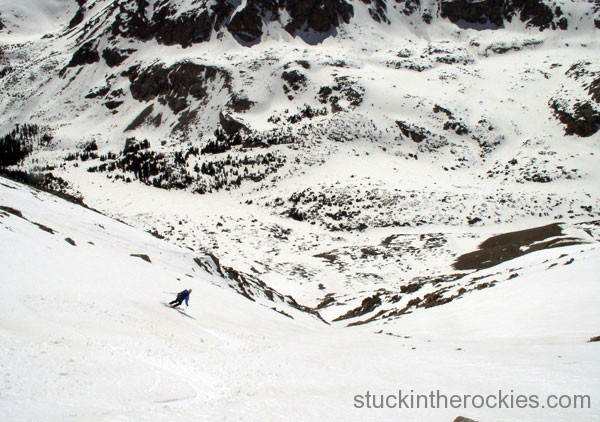 In the couloir, Horn Fork Basin below. 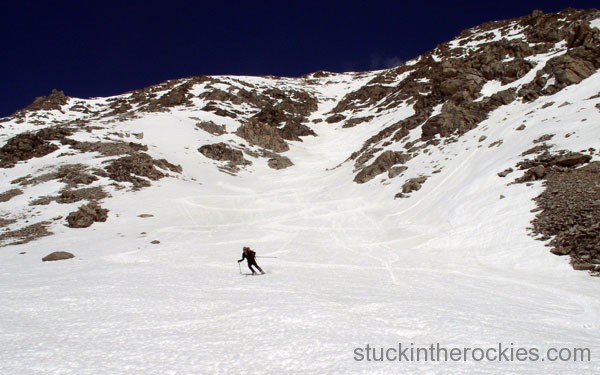 The spring snow was pretty tiring, especially as the 2nd peak of the day. Christy had to resort to using some “para-mark” turns. 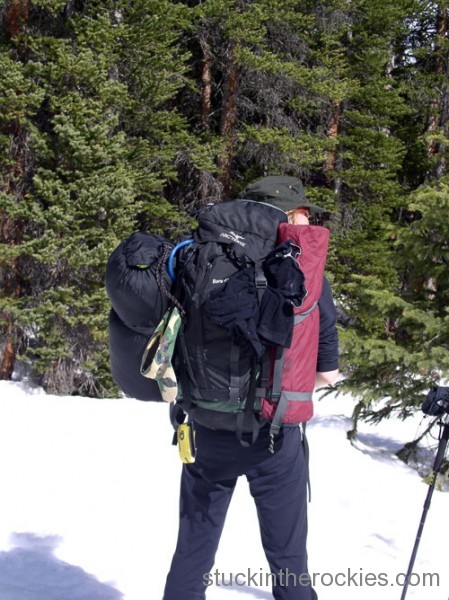 A standard Christy packing job on the way out. I’ll ski behind her to pick up any dropped gear. 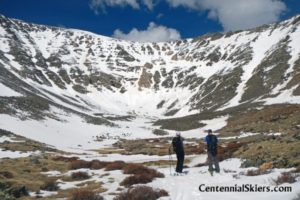 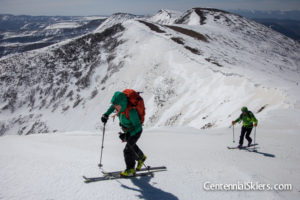 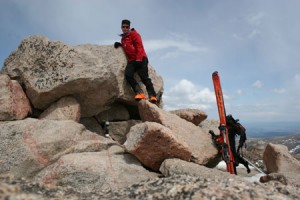