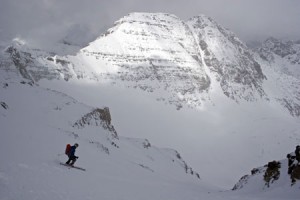 The North Face Couloir was pretty filled in- Adrian skis.

2006 saw another snowy fall up in Montezuma Basin. I made several trips up into the basin for some fall skiing and before long, after enough snow fell, the North Couloir on Castle Peak was ready to go. As the guide/owner of Alpenglow Expeditions, Adrian invited Christy and I on an expedition to climb Ama Dablam in October 2008 so I figured I’d return the favor and invite him on this micro expedition here today.

Our ATV made quick work of the road. It even allowed time to help dislodge a stuck Subaru Outback along the way, belonging to a couple from Boulder who read online reports of good skiing up here. Unfortunately, the process of freeing the low-slung car completely tore off its front end. We felt kind of bad to leave them there by the lower switchbacks, no doubt to argue the entire way home over whose stupid idea it was to travel all that way in the first place, but there wasn’t much more we could do.

We cruised up to the Castle/Conundrum saddle and then on to Castle’s summit. The six-foot plus Adrian has long strides and great overall fitness so I was working hard to keep up on this first ski mountaineering day of the season.

We skied the North Couloir, hardly hitting a rock though hindered by flat light from time-to-time, and shortly after the ski the clouds broke— so we went for Conundrum Peak too.

Once again the big strides hurt as Adrian plowed up the East Couloir, eventually turning, if only out of fairness, to say “your turn”— rats.

The sun was shining and the ski was awesome. For all the times I’ve been up near here, I had never skied the Conundrum Couloir, I was psyched. So much so I thought the day warranted a followup visit with Christy, later in the week. 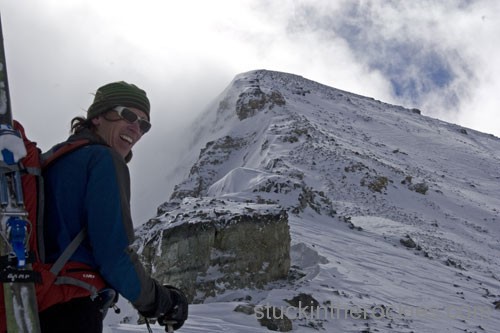 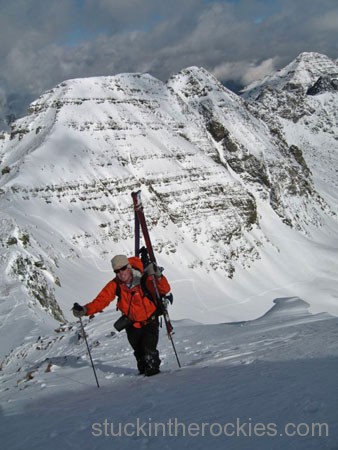 On the Northwest Ridge- Conundrum Peak and its namesake couloir in background. 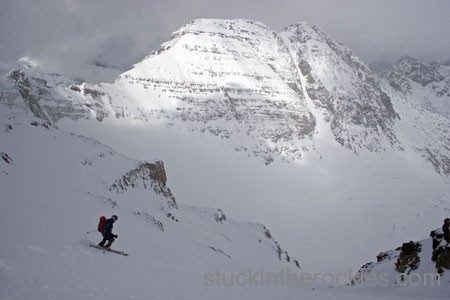 The North Face Couloir was pretty filled in- Adrian skis. 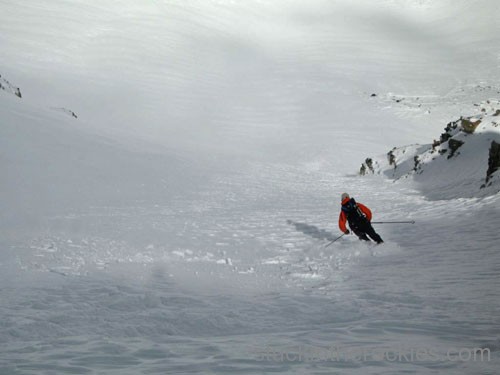 That’s me lower down. 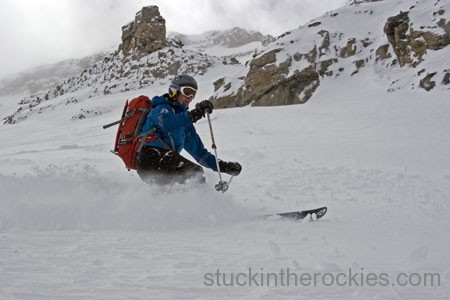 Lower down in the North Couloir. 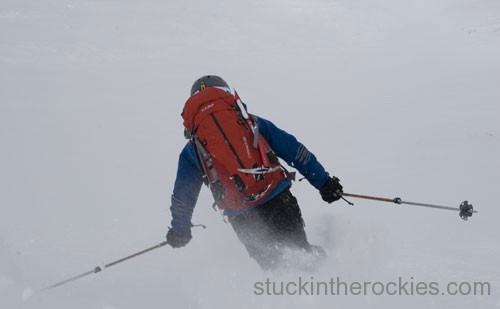 Telemark turns were easy in the new snow 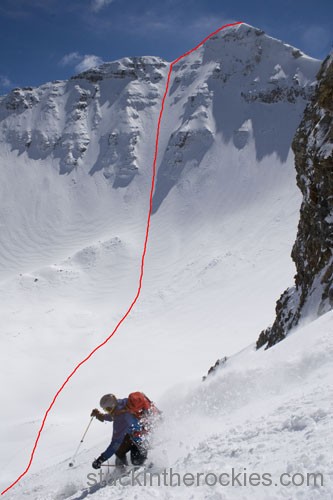 The line on Castle, seen from Conundrum Couloir as Adrian skis by, later that morning. 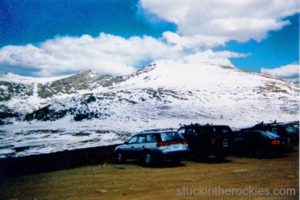 The old 4-Runner parked at the trailhead. It's an easy 2,000 foot skin up the slope behind. 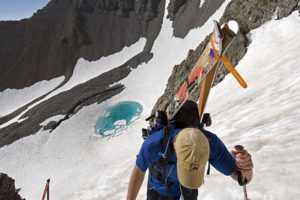 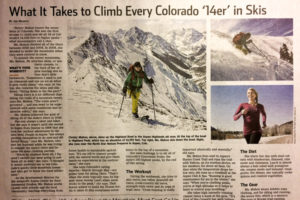