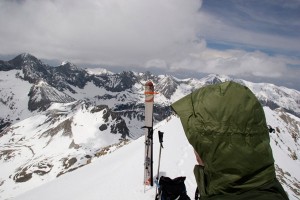 On the summit, looking towards Blanca.

Having parted with Dirk and Christy after Tabeguache, I made my way down to the southern Sangres. Little Bear needed a visit before the snow melted, I had the ATV in tow and figured I would give it a shot, solo. Down here though, the afternoon showers we just fled on Tab were full on storms. I pulled into the 2wd parking area for Como Lake Road and looked up between windshield wiper swipes at the sparsely covered hourglass gully with black clouds and thunder abound. The voice in my head was crystal clear. NO WAY.

I told myself Mount Lindsey was an alright consolation peak considering the weather and my solo status and I drove over Pass Creek Pass to the Huerfano road. I camped below the ranch, unloaded the ATV and crawled into my sleeping bag. This had become a long day after the 3:50 am revelry for Tab.

I was up before dawn and cruising towards the upper Lindsey TH. I made it pretty close, about one mile from the summer parking the snow stopped the ATV. The solo skinning was lonely though, and I was constantly fighting the urge to turn back.

Like I’ve said before, I don’t like soloing, that is until it’s done. I must have come up with 20 reasons to turn back— I was lost, I can’t get across the creek, my head hurts, my foot hurts, my sock was wet, there’s a cloud in the sky and a storm might be coming, I left that extra Clif bar in the front seat, I forgot to lock the truck. The further I went the more petty the reasons became. Before long I was at the upper saddle staring at the North Face with a few inches of new snow. Suddenly I was glad to be there.

I booted up the class 3 summer route, mindful that the summit is set back behind the apparent top. Eventually I was there, and I could not recall a single significant reason why I should have turned back. Funny how big the head game can be.

I followed my tracks back to the saddle and was cruising back to the truck in no time. While driving north towards Westcliffe, I called Davenport to give him an update. He said I should stay down there to get more done. I went to Humboldt.

I was glad I didn’t push it on Little Bear. 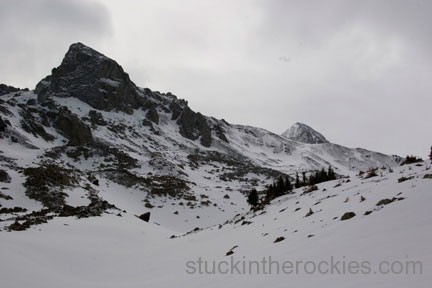 Looking up the valley. 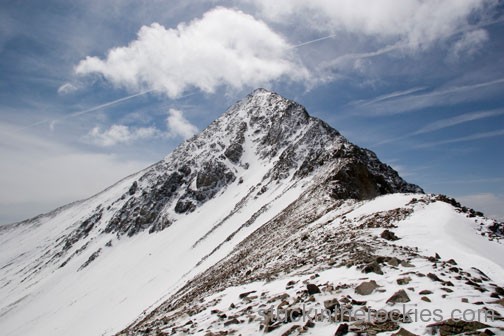 The couloir in view from the saddle. 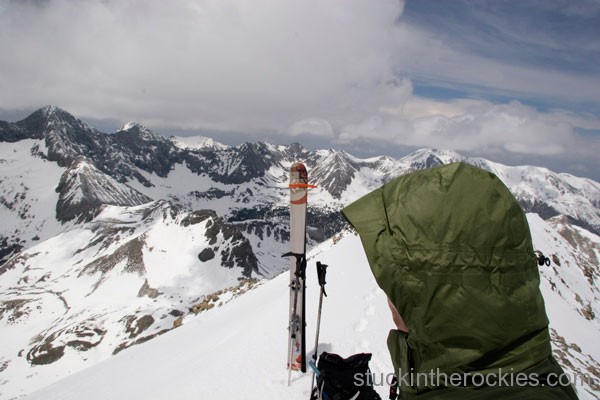 On the summit, looking towards Blanca. 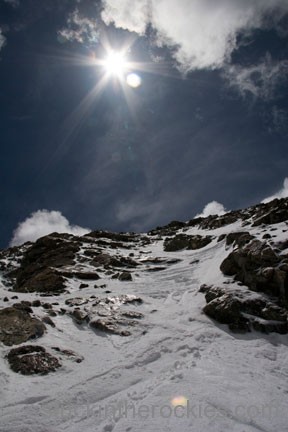 Looking back up the couloir. 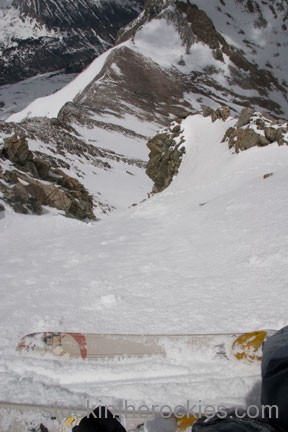 Looking down the couloir. 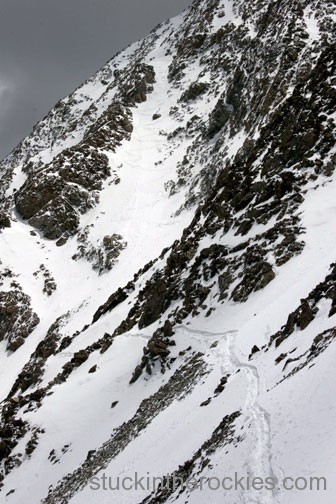 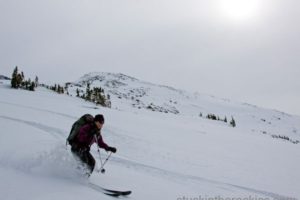 Lower down the North Ridge.

A close up of the Aspen area form the summit.[...] 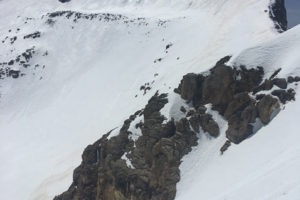