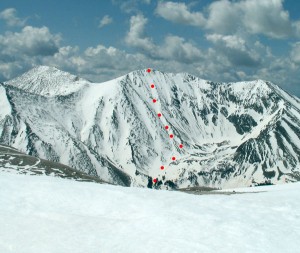 The North Face of Tabeguache Peak.

Having just returned from a week of sailboat-accessed skiing in NW Iceland sandwiched between descents of the Grand Teton and Mount Rainier, I was ready to focus on things closer to home.

A year earlier, Christy and I went for Tabeguache Peak, packing in our overnight gear for five and a half miles to Brown’s Lake. Awoken early by tent-shredding winds the following morning, we decided to bail. One year later we returned, and we blazed back up to the mountain’s north side- no overnight this time.

Trail shoes got us all the way to the lake, in 2:45. Switching to ski boots and grabbing a snack, we were skinning towards the North Face couloirs and assessing the choices, it was nice to see a lot of snow and several options as for climbing/skiing routes. Around 13K, the angle steepened and we had to rack our skis and switch to crampons. The snow was pretty supportive and good for kicking steps.

The late May date was evident by the blooming spring storm clouds overhead, something you don’t see in winter. As Christy and Dirk arrived up top, some distant thunder over Antero, along with some audible humming coming from our electrified ice axes had us scurrying into ski mode and off the summit.

This was one of the most interesting and fun ski lines I’ve found in the Sawatch 14ers, second only to La Plata’s North Face. The couloirs run long, and they’re at a good high angle right off the summit. If a ski from Tabeguache Peak is the goal, this North Face is a must.

Back down at the lake, we switched back to trail shoes and boogied on down the trail back to the cars— ten hours round trip. I headed south, alone, to Little Bear. Dirk and Christy drove back to Aspen.

This was a fun one. 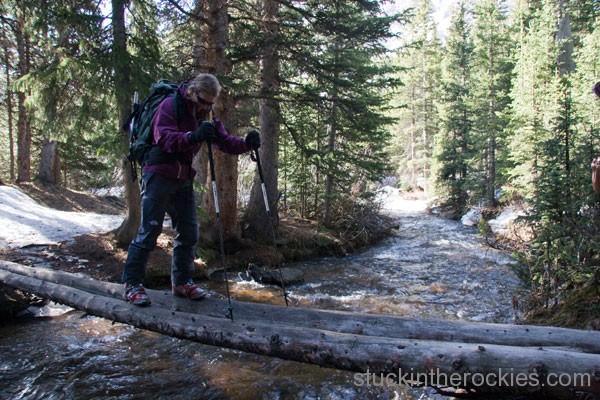 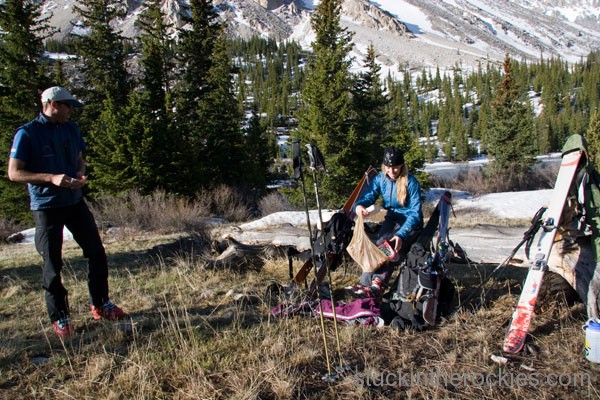 At Browns Lake, after the dry hike approach. 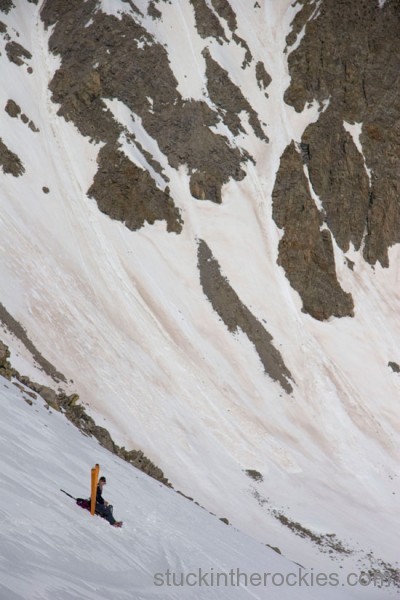 Taking a moment to switch from skins to crampons. 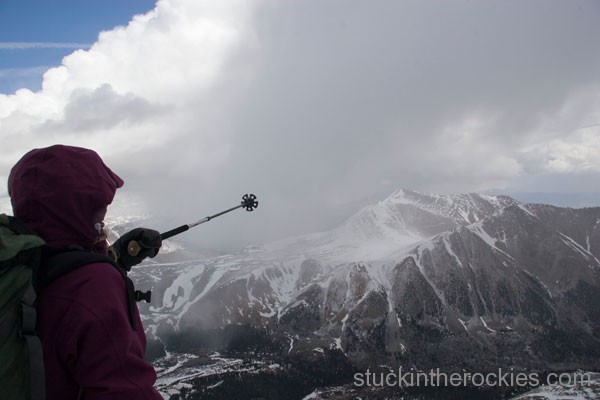 A spring storm moving in fast. 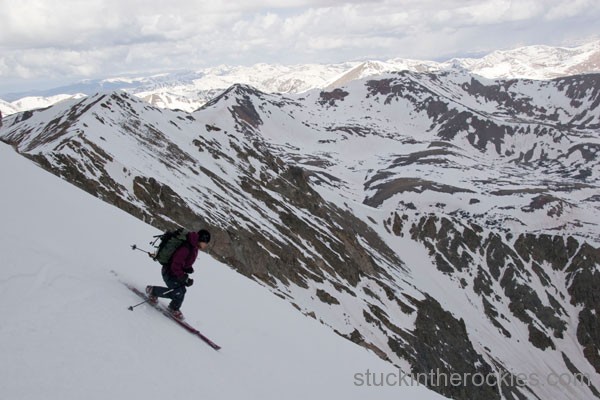 Christy, on the descent. 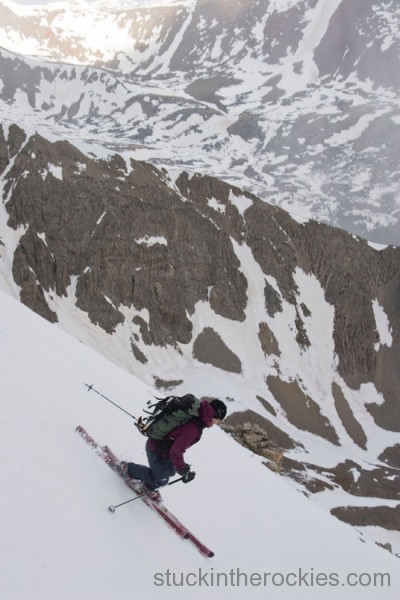 And another photo, it’s a very aesthetic line. 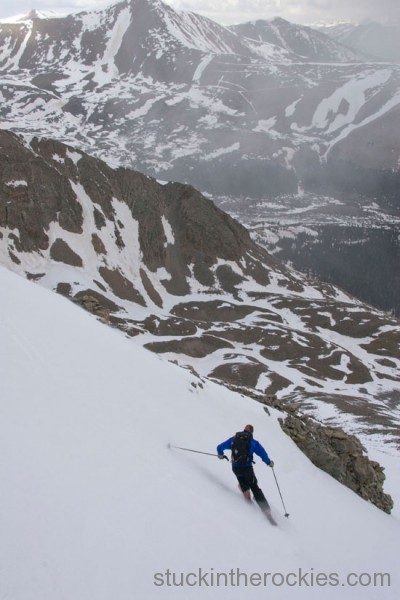 Dirk follows down the North Face. You can see the spring precipitation out in the distance. 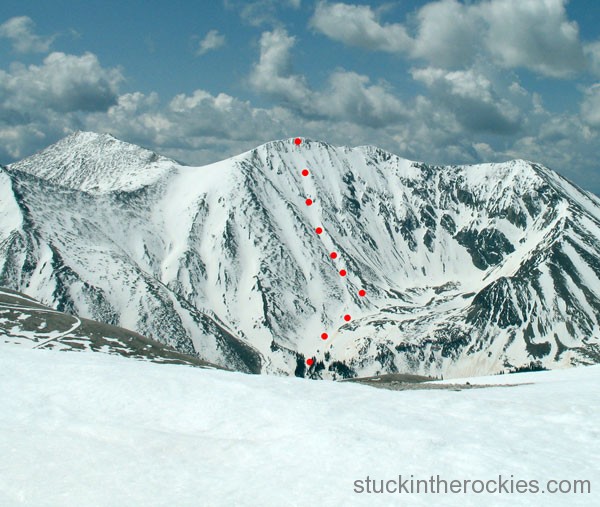 The North Face of Tabeguache Peak. There are quite a few options, but one obvious line right off the summit. 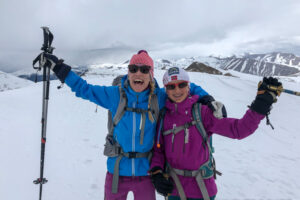 Christy and Elsie Weiss on the summit of Mount Sherman.

A 2019 ski descent of the South Slopes of Mount Sherman, the third 14er that Christy and Elsie Weiss have skied together.