Christy and I made the trip to Lake City Thursday night. We had a good feeling about the road to the Silver Creek trailhead being plowed, the Lake City/Silverton area relies on those jeep roads being open for summer tourists so we knew they would have the plows working hard. We pulled in on the later side and camped at the truck, right below the three 14ers, Redcloud Peak, Sunshine Peak, and Handies Peak.

The next morning we walked the Silver Creek trail to its confluence with its south fork and began skinning. We had plans to first hit Redcloud Peak (14,037 ft.), climbing and skiing its west side. There is a nifty little gully that descends from right near the top that collects snow despite the rest of the west side catching a lot of wind and often being dry. Lower down it hangs a dogleg left, sending you in the direction of neighboring Sunshine Peak (14,001 ft.) which we would try for after. It makes for a perfect twofer. 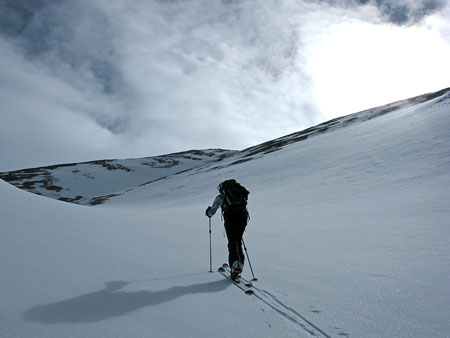 Christy skins up Redcloud. We would ski back down this same way. 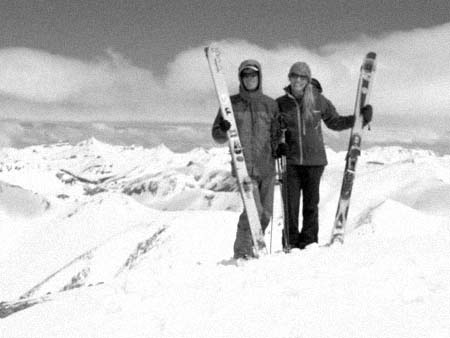 Happy skiers atop Redcloud Peak(sound familiar to anyone??) 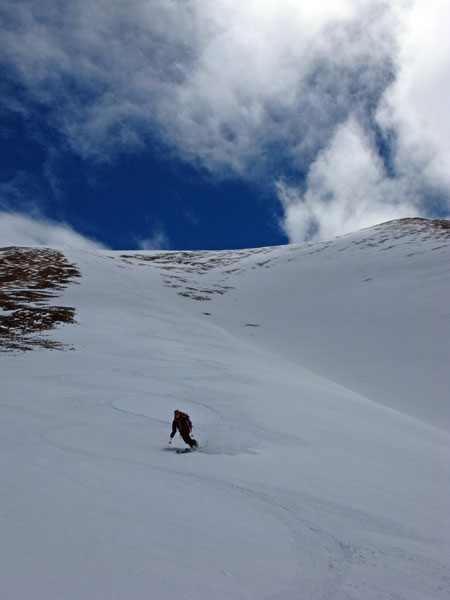 Once a few hundred feet off the top the snow was really nice. 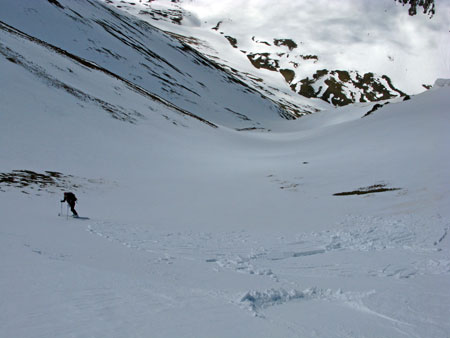 Some windloading broke and followed Christy for a few feet 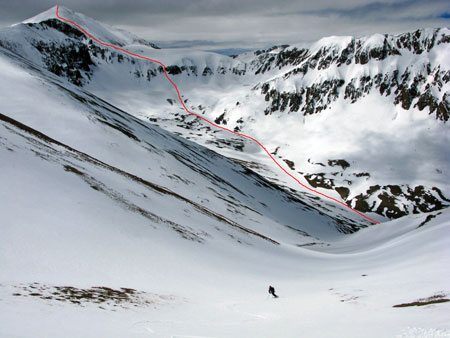 We rode this gully down to the bottom and then made our way to Sunshine Peak, in the background(ski route indicated) 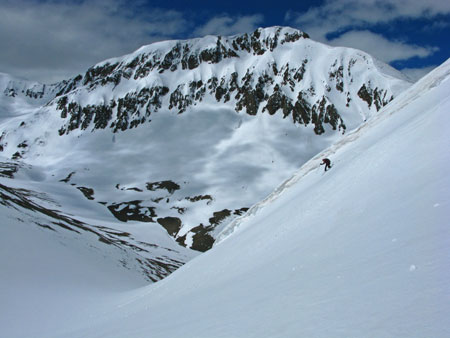 Still more to go, we could ski high near this ridge and catch a more southerly aspect. I think the background peak is unofficially called ‘Sundog’. There were two guys up there this day, and skied a really long and cool looking line back down to the trailhead. 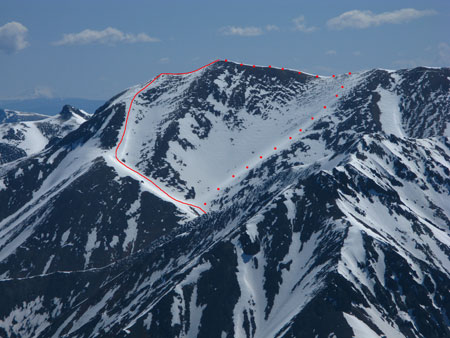 The ski line on Redcloud in red as seen from Handies Peak the next day. We climbed(skinned) the dotted route. 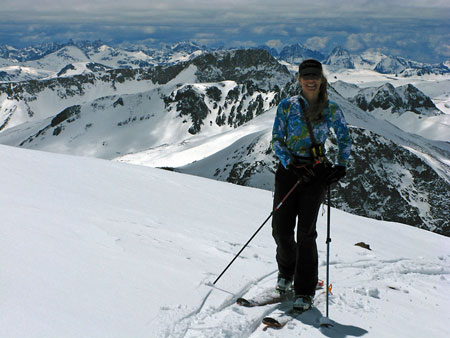 After the second climb and on Sunshines’ lofty summit(14,001 ft.), Christy stands before Half Peak and the Weminuche Wilderness 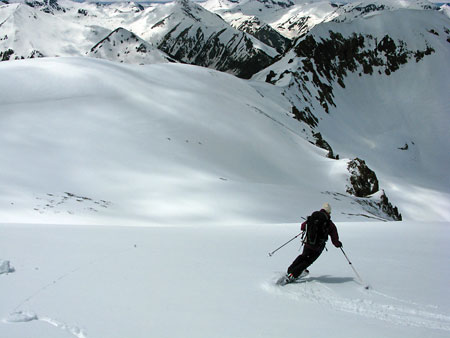 Snow on Sunshines N/NW face was much more sparse at the top. Once a bit lower it was real fun. 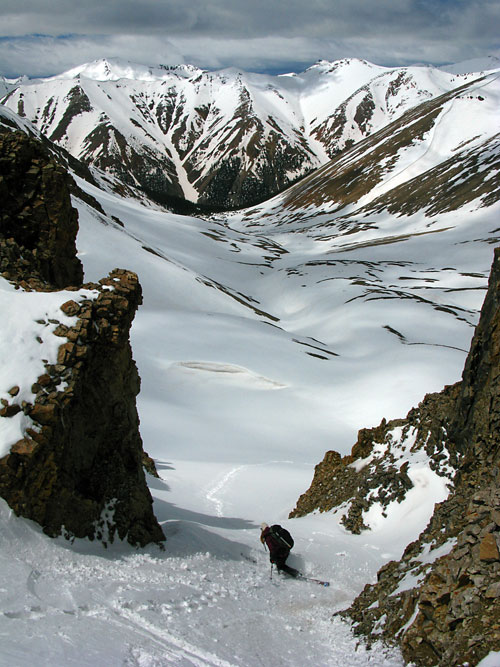 And down through the exit, this short couloir is probably the most exciting part of skiing these two peaks. From here we skied and then walked back down to the Silver Creek TH and the truck where we had all afternoon to relax. With neighboring Handies Peak as tomorrows goal we camped a second night near the trailhead. 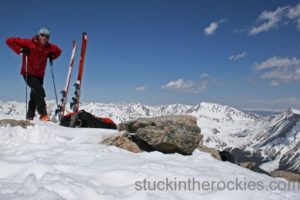 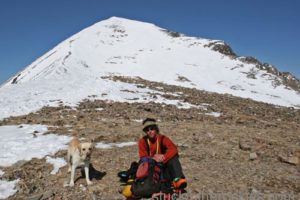 Whose dog is this?