Jared was the next friend I would cajole into skiing with me. We drove to Democrat, on the Fremont Pass side. It had been nice spring weather lately, that is until the night before, we figured four inches of new snow shouldn’t slow us down too much.

Wrong. The new snow got deeper and deeper the higher we went. Opting for skins at first, we must have alternated between booting and skinning a half dozen times. Knee deep snow made it tough to kick steps and the high angle wasn’t any easier to cut switchbacks. Throughout it all the sun would poke through the clouds from time to time, reflecting brightly off all the new snow.

After hours of alternating trailbreaking duties, we gained the windy ridge, just south of the summit. A short stretch later and we were up top, feeling worked— too much sun and dehydrated. We wasted little time before heading down.

The late April temperatures combined with scattered sun had turned the new snow into heavy powder. Ultimately we resorted to ski cutting each small section to slough out the new snow after which we could ski the older snow underneath. We moved more snow than CDOT that morning, the place was trashed. At least we were down.

Later that day my face felt hot as if I had gotten too much sun. Two days later I heard a comparison of Jared’s peeling, sunburned face to that of Freddie Kruger. Mine wasn’t much better.

After nearly two weeks of healing the sunburn I headed to Mount Bross. 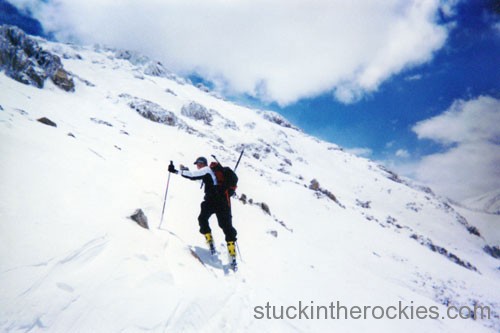 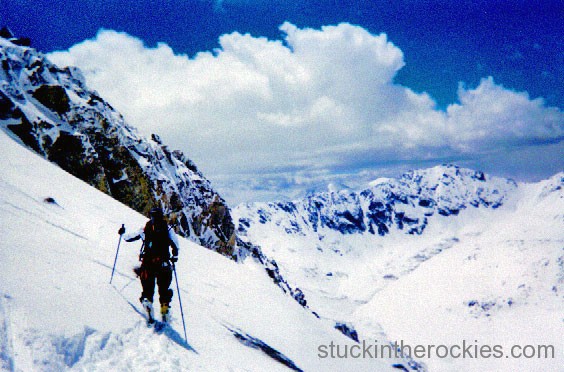 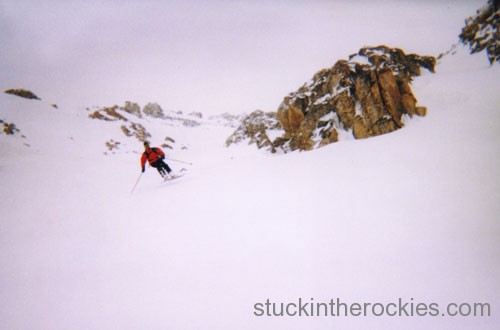 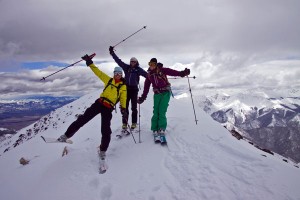 You Win Some, You Lose Some The weather forecast worsened[...]