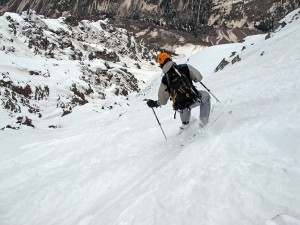 Christy was ready to wrap things up, and despite her efforts to not leave the hardest peaks for last, only Pyramid Peak and Capitol Peak remained on her list. Our friends from town, well aware of the possibility of her finishing, made themselves available to help in any way, and after a couple of phone calls, it was decided that we would go for Pyramid.

On prior trips I had climbed the Northeast Ridge summer route, but Joey, who was here for his fourth of fifth time, had always been a fan of climbing the route itself. So we decided we’d ride bikes up the dry road to the East Maroon Trailhead and hike in to the base of the route. We switched to ski boots after we climbed up to the apron, and then started the long boot up.

It’s about 4,000 vertical from the valley floor, an amount that would usually be shared among the group, but in this case, and one of the reasons we love going out with Joey, is that he did it all himself. That’s just how he is. He can break trail on skins or boots faster than the rest of the group can follow his trail, and today was not exception. A recent storm left a good amount of new snow on the route so we were climbing soft snow the whole way. And the benefit of climbing the route– we saw first hand that the snow was stable and bonded.

The five of us made it up top, switched to skis, and then carefully made our way down. The new snow on the upper slope had sloughed off in the days before, and left a smooth, semi-frozen bed surface for us to descend on– it was pretty gripping. But we made it through and the conditions lower down were better, and the skiing was fun. Particularly because with this ski descent, Christy only had one peak to go.

It was a long day. It would be a week before we headed into Capitol. 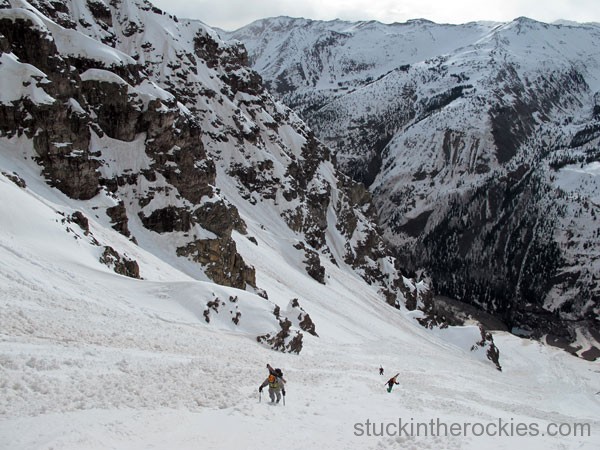 Coming up from the valley. There was a lot of debris down low. 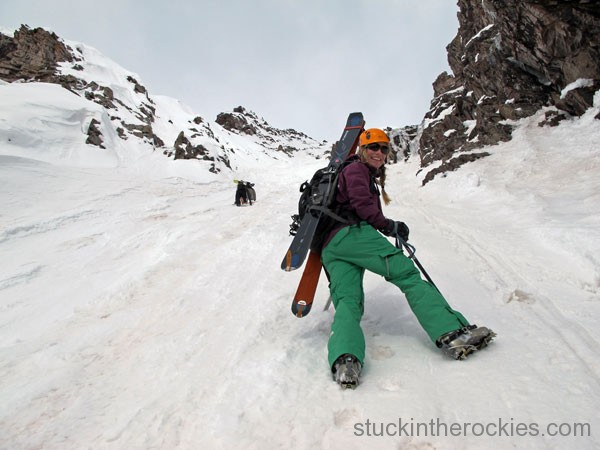 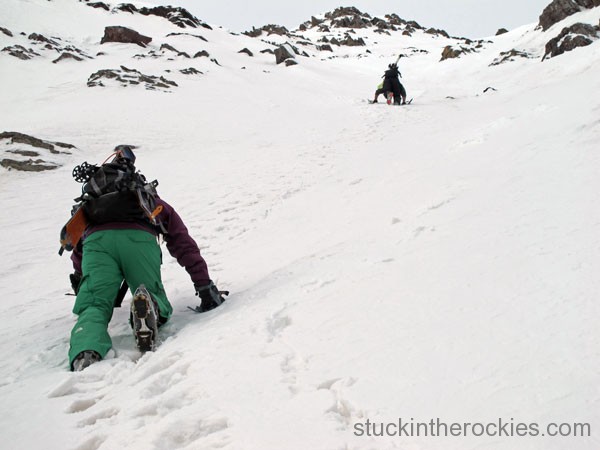 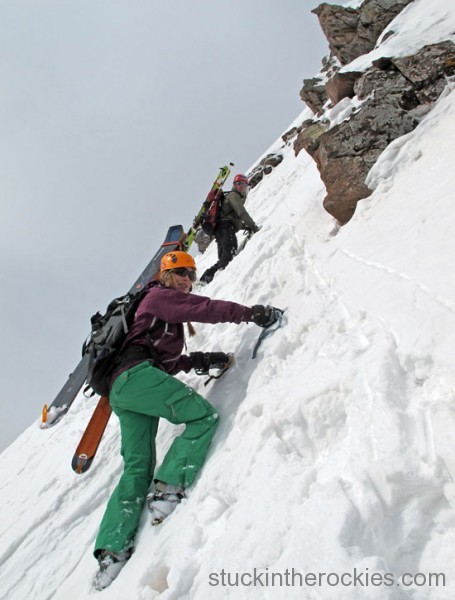 Joey and Christy near the rock outcroppings. 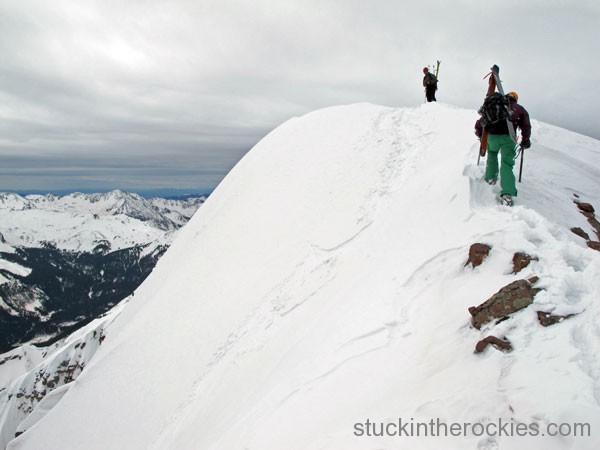 Joey and Christy at the summit. 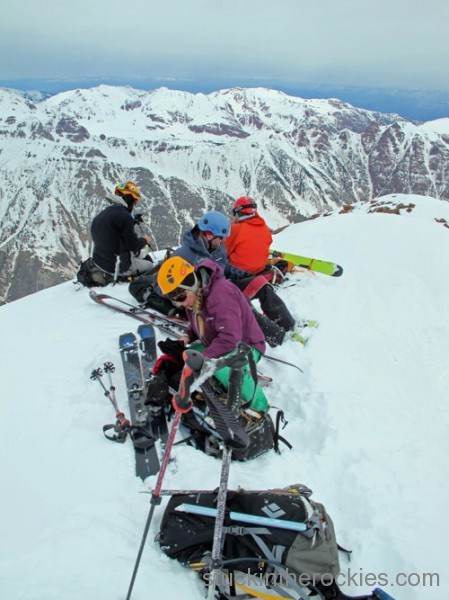 The team on the summit. 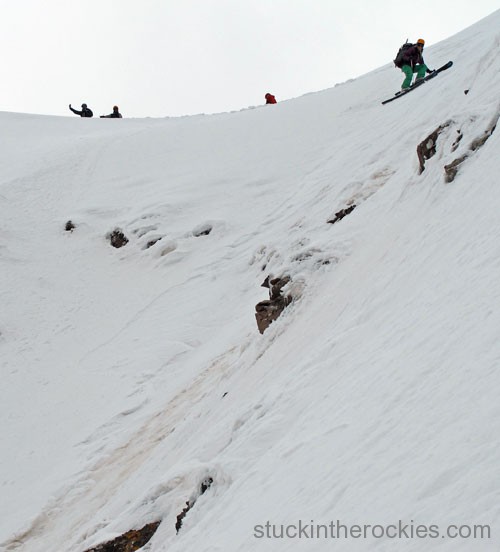 Christy coming off the top. 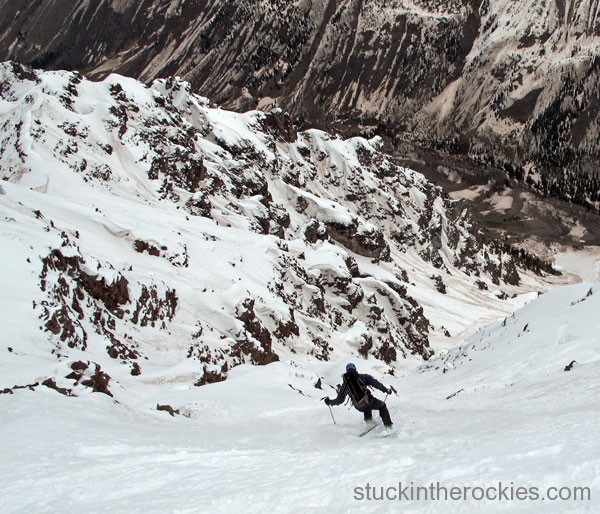 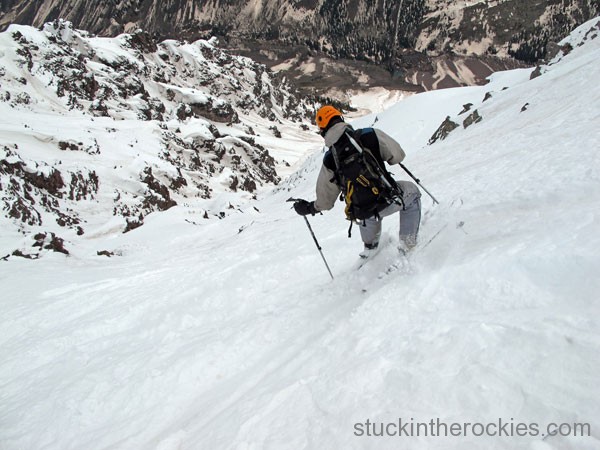 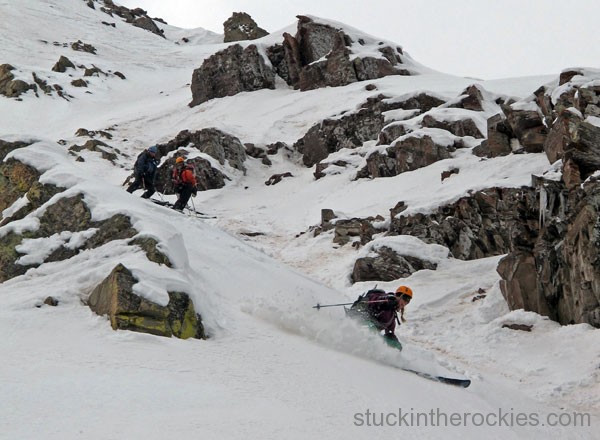 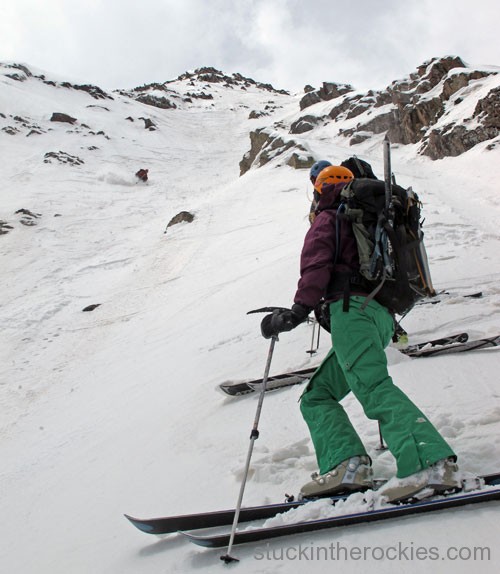 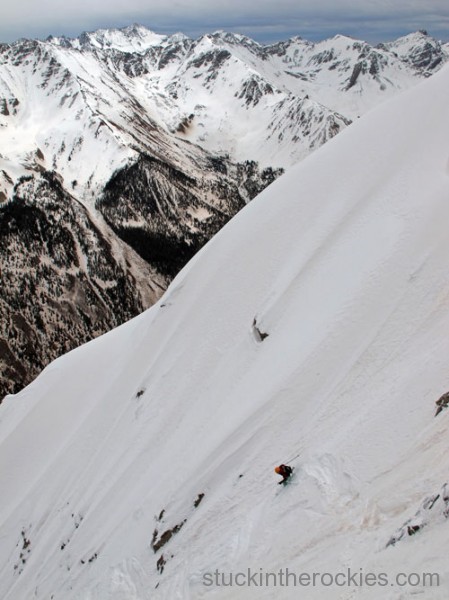 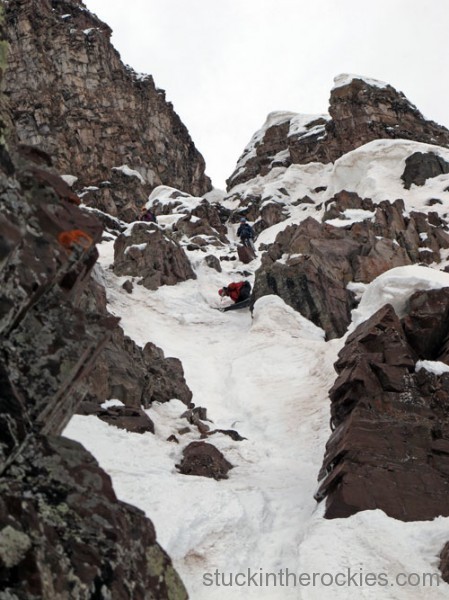 The exit was pretty nasty. 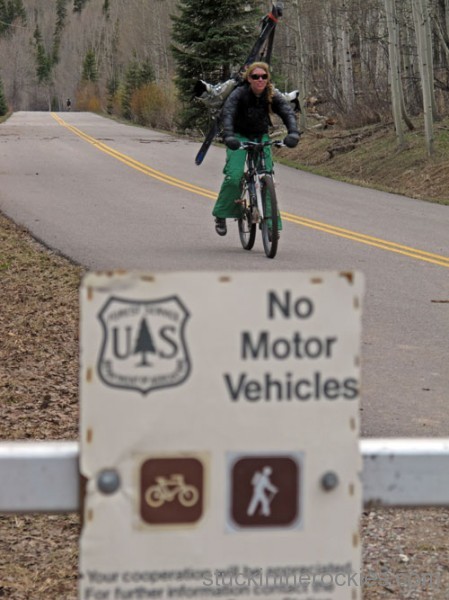 And back to the car. 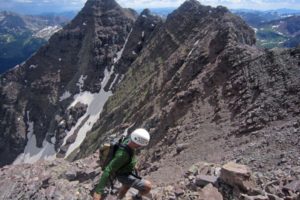 With Thunder behind us and our patience shot for the endless travel on crumbly rock, we neard the final highpoint before Pyramid.

The massive ridge. With the start labeled, we first climbed[...] 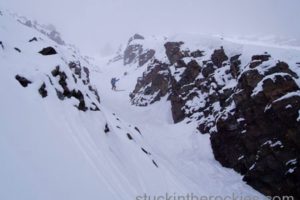 I believe that's me in the couloir. We quickly learned the terrain is more friendly out of the couloir, and on future trips we made sure to ski more on the face. 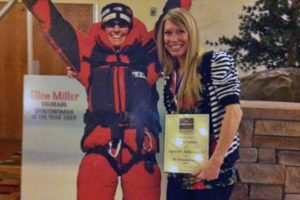