After coming back to Aspen to spend the day with our favorite moms and moms-to-be after Mount Meeker, we were up early and off to the Sawatch Range to ski Lackawanna Peak. At 13,823, its Colorado’s 95th highest peak, and is a name derived from the Lenni Lenape, otherwise know as Delaware Indians, meaning “stream that forks.”

Normally located just minutes away from Aspen over Independence Pass (when the pass is open), we had to drive around to Leadville where Chris, Ted, and I picked up Ian Forman and Matt Lanning. 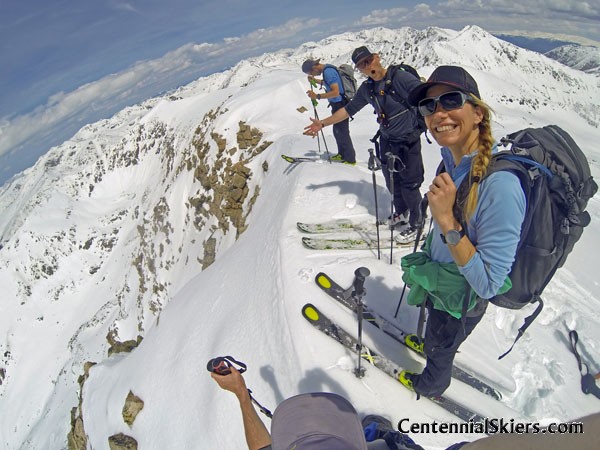 A view to north of some Centennial 13ers that will need to be visited– Casco Peak to the right and French Mountain out in the distance, in the middle.

If there is one that Lackawanna has going for it – it’s the views. The tour up on the ridge provided amazing views of Grizzly Peak, the snow plastered Mt. Elbert, Massive, Deer, Oklahoma, and French and Casco mountains, as well as a view back to the Elks Range. It didn’t hurt that we also had a birds-eye view of explosive avalanche work CDOT was conducting along HWY 82 in anticipation of opening Independence Pass next week.

At 12,000 we watched the helicopter repeatedly trace the cornices above the road, dropping bombs and prompting avalanches to run down to the road, in some cases even over the road. Pure skinning entertainment! 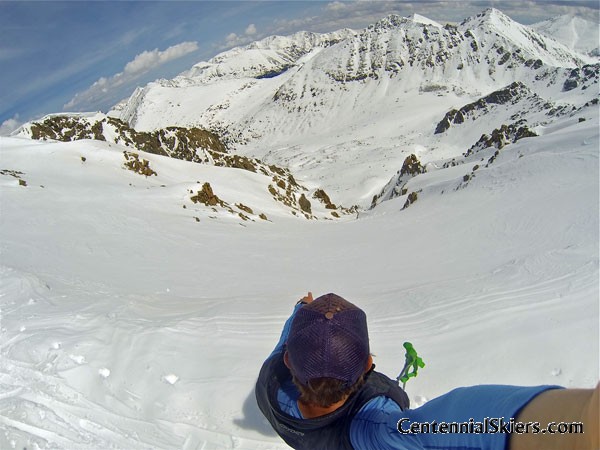 The line down the West Face.

With the day being so hot, we were a little late with our timing but found some good turns down the West Face. The exit was a little cumbersome with isothermic conditions, but all-in-all it was a great tour of the peak and another beautiful day up in the mountains. 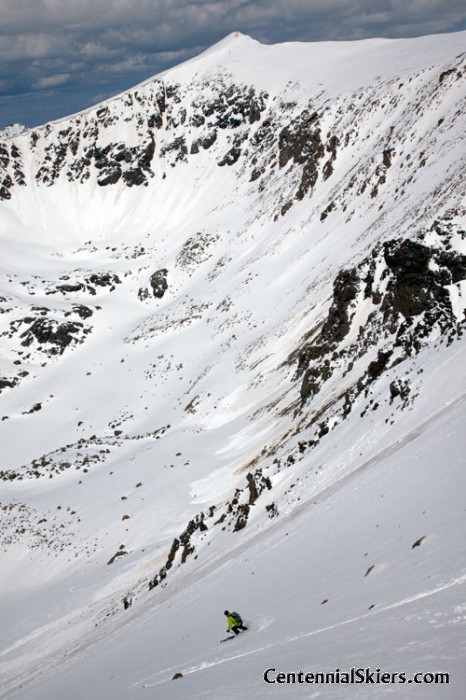 Dav on the descent, into the giant cirque to the west of the summit. 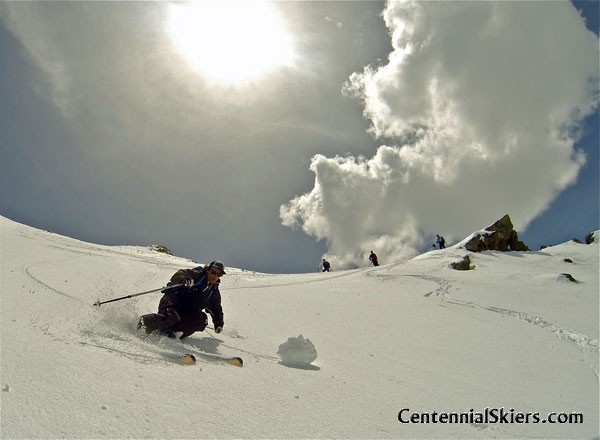 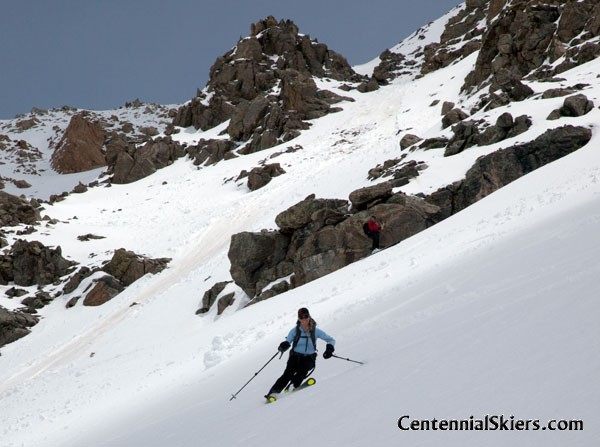 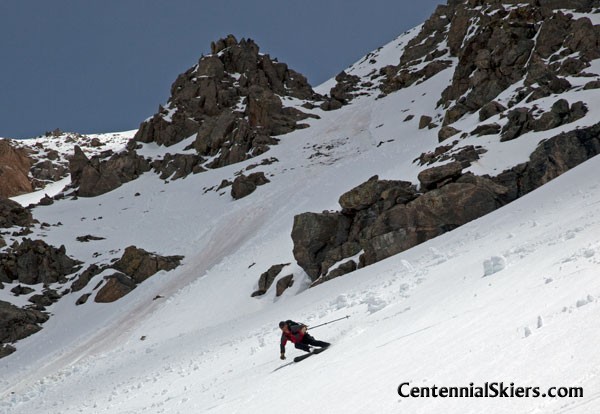 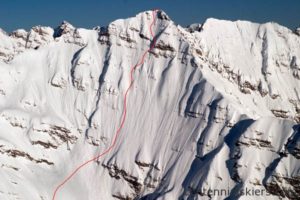 This was nothing short of a spectacular day. Chris Davenport and I agreed that skiing Thunder Pyramid's steep Southeast Face was one of our favorite steep lines in all of the Elk Mountains. 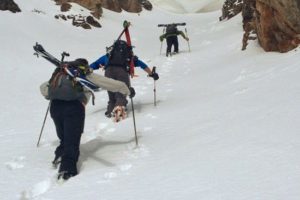