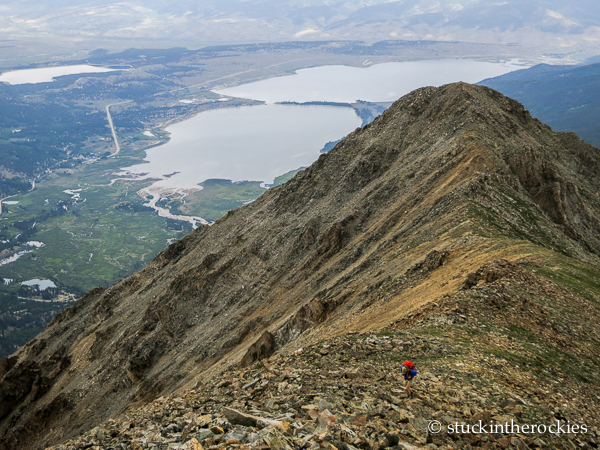 After cresting treeline we had a long way to go on the ridge. We first had to go over the two Twin Peaks before getting to Rinker. You can see Twin Lakes out in the distance. 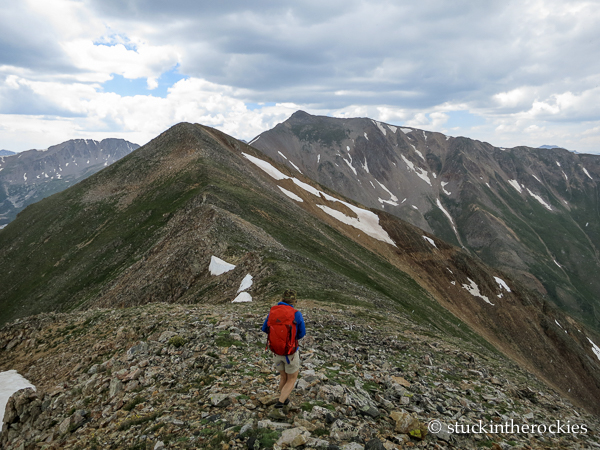 Rinker is in the back, center, and is 26 feet shy of making the Centennial list. The ridge seemed to go on and on… 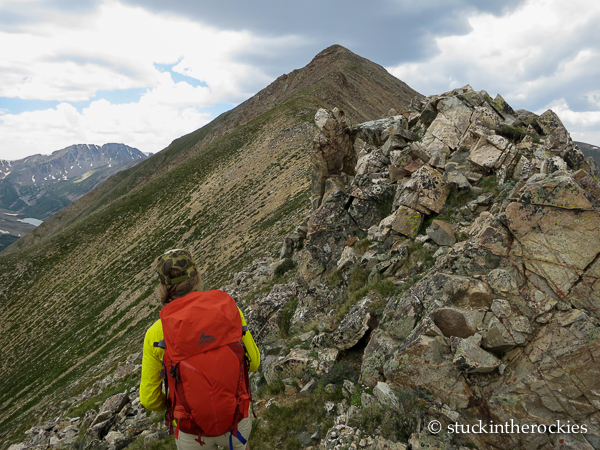 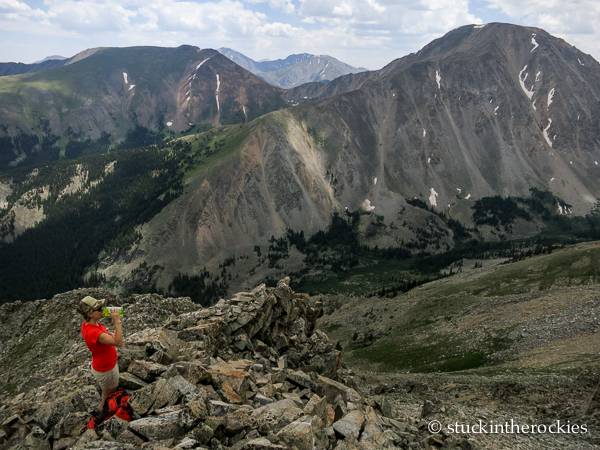 Stopping for a moment, with Mount Hope, Hope Pass, and Quail Mountain out behind. Further in the distance is the Belford 14er group.

So we pulled out the list of Colorado mountains and there it was, Rinker Peak, 13,783 ft. outside of Twin Lakes. It has the distinction of being the 114th tallest mountain in the state— a Bicentennial (top-200). And in addition to meeting our three criteria, it also offered a climbing route along a ridge that dominates the view from Twin Lakes, a ridge we had been driving by and admiring for years. 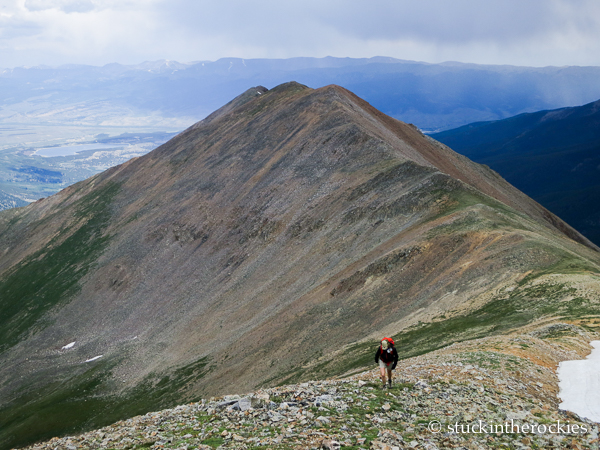 After Twin Peaks, on the final leg to the summit.

A summit pano (click to enlarge). La Plata is on the right, Mt. Hope on the left, looking south.

As you head west through Twin Lakes towards Aspen, Rinker comes into view, to the southwest between Mount Hope and La Plata. Its northeast ridge rises dramatically from Highway 82, from the up valley end of the twin lakes themselves. It climbs steeply, almost to the point of being unpleasant, and involves going up and over an unranked pair of high points known together as Twin Peaks. From the valley below, the two summits that comprise Twin Peaks look to be significant in elevation, but in reality they’re just two bumps on the ridge. Since they’re a large part of the view from the road below, we decided they should added to the day’s objective, so we traversed both minor summits and then continued south to Rinker. 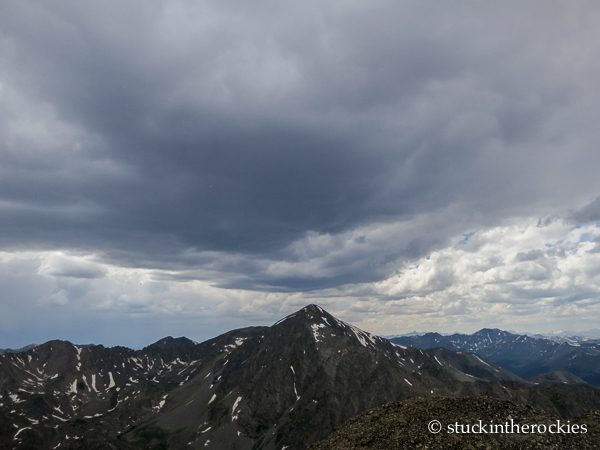 The weather was coming from the west. In other words that line of grey T-storms over La Plata were headed our way, and they eventually caught us.

Rather than descend the steep, trail-less route we climbed, we opted for an alternate way down, and we dropped off the long ridge to the east and into Big Willis Gulch. Making a loop of it was a great way to see new things (and almost no people) all day. And of course it wouldn’t be a complete day without getting caught in a few T-storms along the way. We got soaked. 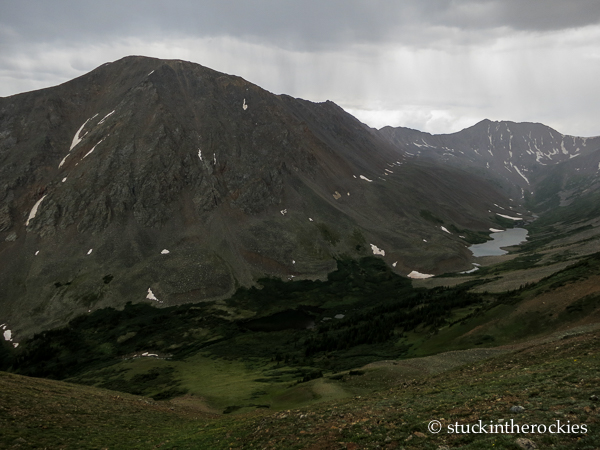 On the descent to Big Willis, we managed to avoid most of the weather. 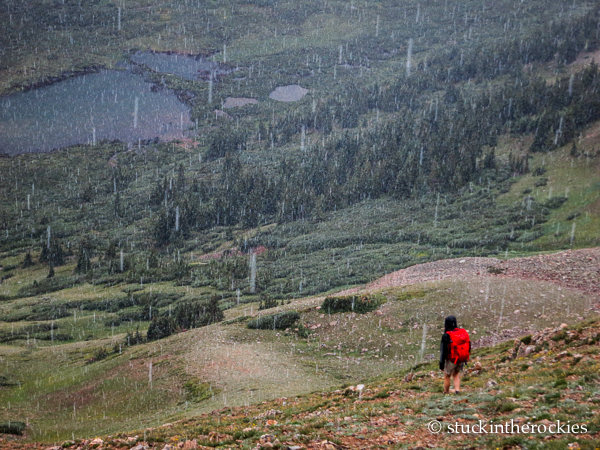 And then it moved our way and we were in it for at least an hour.

I think we may have to return someday to camp up at the huge lake high in Big Willis Gulch. 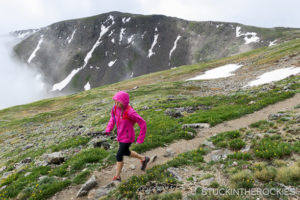 Looking for a moderate distance trail run that gets you up into the high alpine? Do you prefer loops to out-and-backs, so that you don’t have to travel along the same trail in both directions? 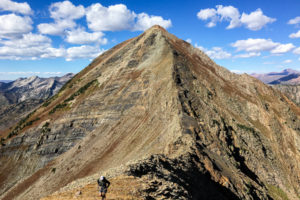