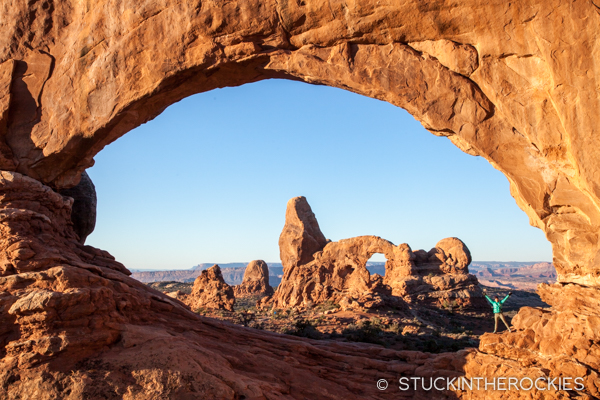 Christy standing in “The Windows” with Turret Arch behind, in Arches National Park. Since it was cold in the mornings we headed out to shoot some photos to allow the temperature to warm before hitting the trails.

We like to say we’re just playing the hand we’ve been dealt. That is, when current conditions don’t allow for certain activities, just go with what’s working. In this case, we had such a warm, dry November that hardly any snow fell, and the ski areas were pretty behind when the usual Opening Day arrived.

This was the first year in my 22 years of living here that Aspen Mountain didn’t get some terrain open on Thanksgiving. It’s usually such a reliable event we didn’t quite know what to do. We could have skied a strip of flat snow over at Snowmass, but our gut told us to we could do better. So we did what felt natural. We went to the desert.

Moab to be exact. And we weren’t alone. Colorado and Utah as a whole experienced warmer than usual weather and people from ski towns all over the region decided to log one last weekend on the desert slickrock.

We went light, bringing only our running gear and camera equipment so we could shoot photos while we waited for the temperatures to warm up each morning. The first day we broke up the drive with a stop in Fruita and ran around Pollock Bench. The next day we did the full “Long Amasa Back” loop, about a 15 mile loop west of downtown Moab. And on the last day we explored some of the trails around Deadhorse State Park, a trail system we hadn’t explored before. 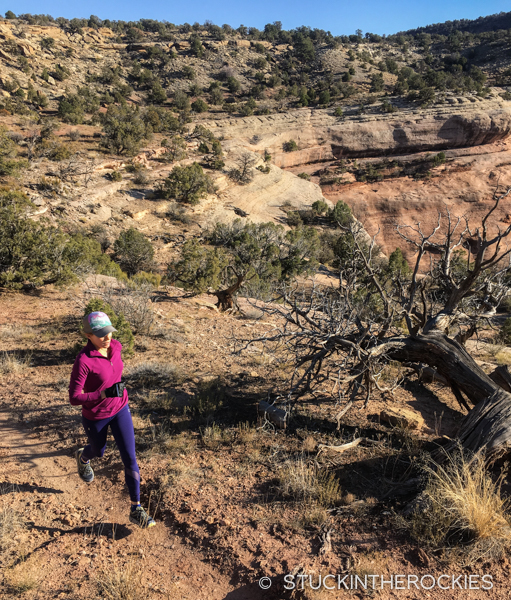 Like the rest of Fruita, it’s a pretty smooth singletrack. 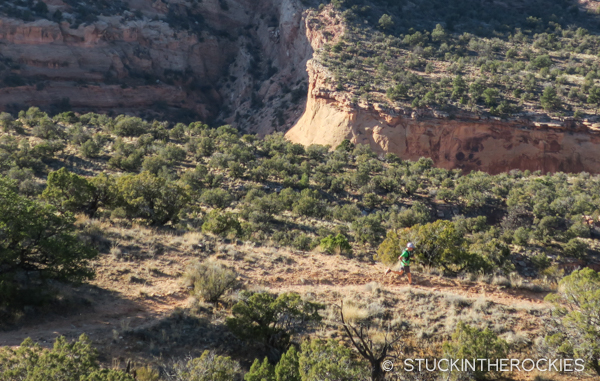 The 7 mile loop was pretty quiet.

When we arrived at the Amasa Back Trailhead we were being bombarded by basejumpers from the nearby “Tombstone” jump site. They were dropping this cliff all day long.

After spectating for a bit we headed out on our own adventure. 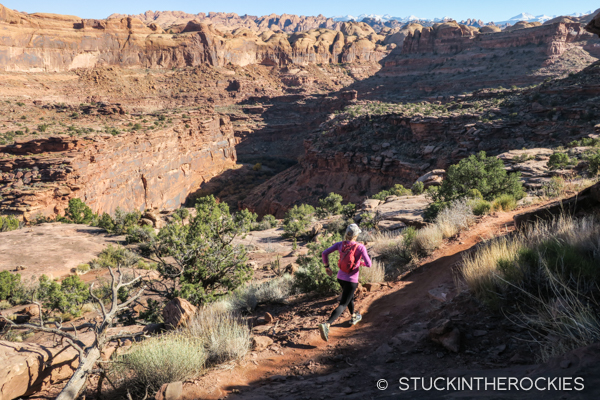 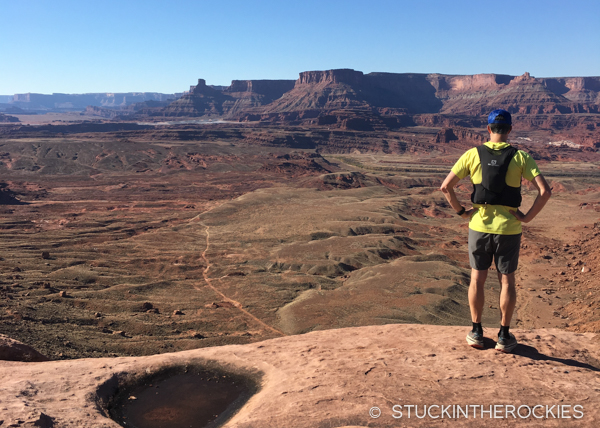 Looking out towards the Potash Road and the White Rim. 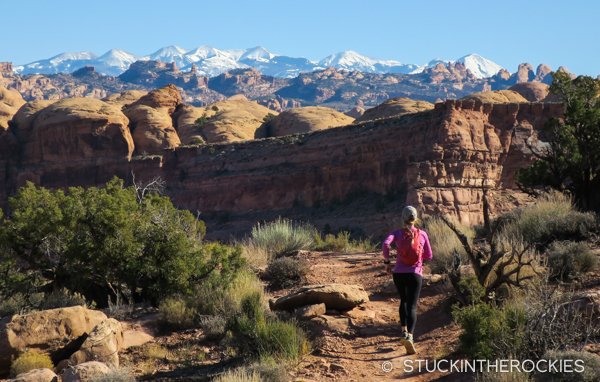 If you’re not careful and you look around too much you might trip and fall. 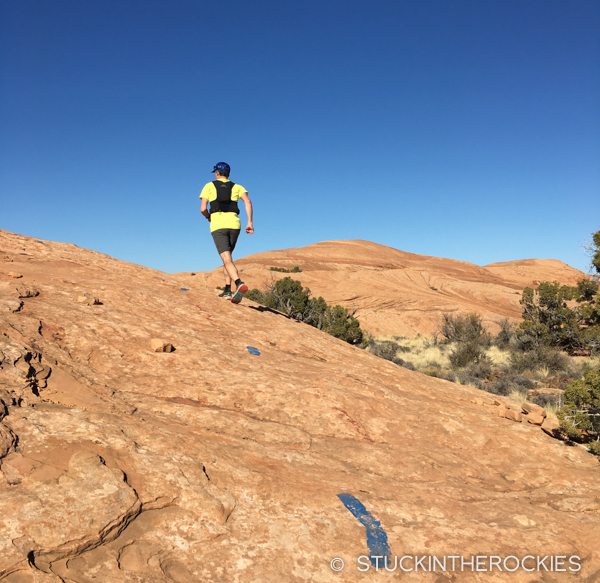 Slickrock sections in the Moab area are often marked with paint.

Finishing along the Colorado River on Jackson’s Trail.

And on the third day we started with some photos out at Mesa Arch, in Canyonlands National Park. 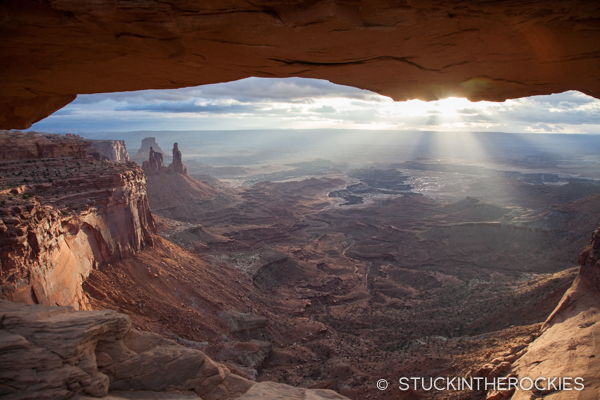 The view through Mesa Arch, down towards the White Rim. The Washer Woman Tower is out to the left. 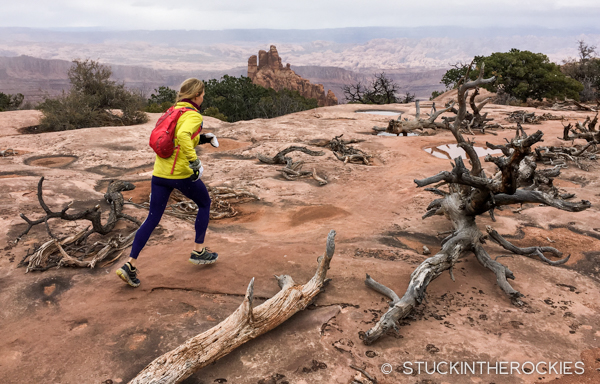 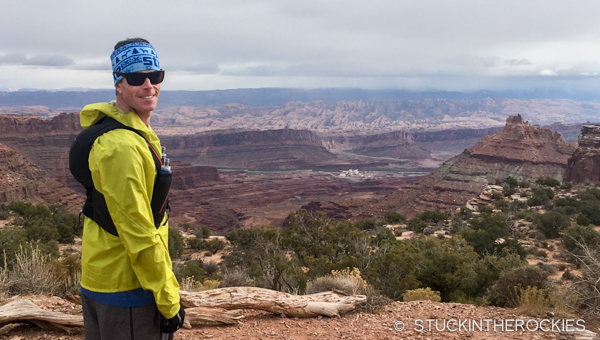 Looking out towards Moab and the Potash Mine. There was a winter storm approaching and the temperature was dropping. We even caught a few flurries while we were out there. 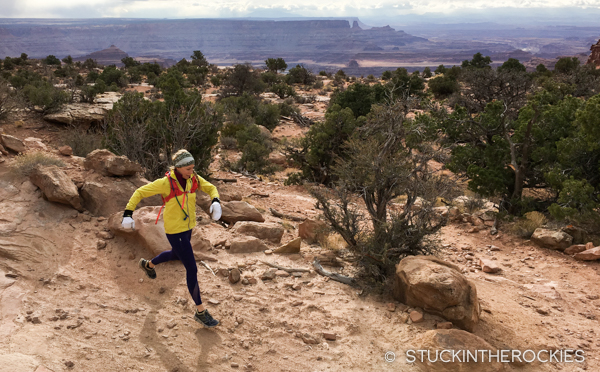 This was on the Great Pyramid Trail. 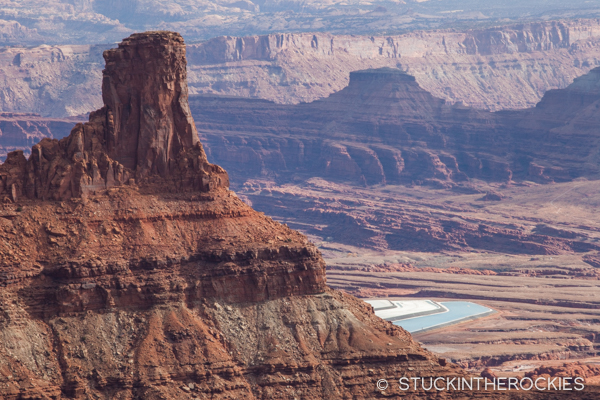 The evaporating pond from the mine can be seen out in the distance.

It was a great last weekend of the fall. As we got in the car to head back to Aspen on Sunday, a forecasted winter storm arrived, exactly as they predicted. And by Monday we were on the mountain skiing. 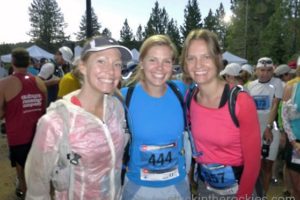 Our little team-- me, Morley, and Sara-- at the start.

Morley McBride on the course. [Christy here]Wow. What a weekend.[...] 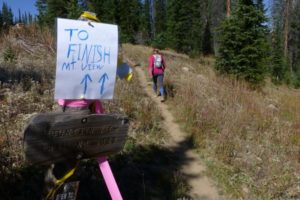