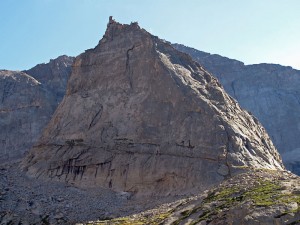 Spearhead. The North Ridge follows near the sun/shadow line in the photo. Click all pics to enlarge.

Feeling as though we had done a good job taking advantage of what the Aspen area has to offer lately, and with plans forming for a climbing trip to Joshua Tree and Red Rocks this fall, we thought we’d change gears and hit the road for a little alpine climbing.

So on Dirk’s recommendation, Christy, he and I made the trip to Rocky Mountain National Park, with the goal of climbing Spearhead, a 12,575 foot peak, high in a glacial cirque surrounded by RMNP namesakes like Chief’s Head, Pagoda and Longs Peak, RMNP’s sentinel 14er. Of the ten or so established routes on Spearhead, we were aiming for the North Ridge, which at 5.6-5.7 and around 6 pitches falls in the alpine “fun” category — that is, fairly easy and very enjoyable, but serious enough to warrant ropes and protection. We haven’t done any multi-pitch trad climbing this summer, so for that reason, and for the purposes of getting us back into gear for our fall trip, it was perfect. 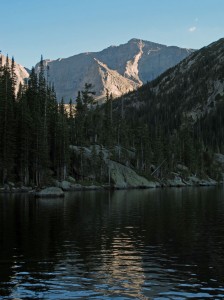 Spearhead from Black Lake with the taller Chiefs Head behind.

Better yet, we found ourselves alone on this RMNP classic for most of the day. Due to it’s National Park status, proximity to greater Colorado Metro areas and an abundance of high quality, classic alpine routes, RMNP in August can be overrun with summer tourists on the trails down low and multiple climbing parties on routes up high. After arriving to a jammed parking lot at Snowmass Creek last weekend with some 45 or so cars, I guess everyone’s road tripping to Aspen these days because there was no queue of climbers on the route today, it was just us. 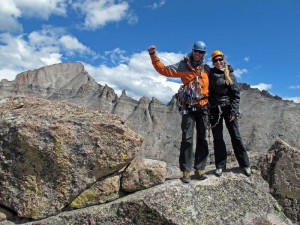 Dirk and Christy on top, Long’s Peak is behind to the left.

So after making the drive from Aspen, we crashed at the Colorado Mountain School bunkhouse in Estes Park and got going early the next morning. Six approach miles later, we had passed Mills’ and Black lakes and arrived at the start of the route as the sun crested from behind Longs Peak. Dirk and I alternated leads up the North Ridge, and apart from briefly getting off route at the start and climbing considerably harder terrain than the published rating read–  confirmed by the whipper Dirk took in a cold, wet 5.9ish dihedral– we climbed up the otherwise straightforward North Ridge to the airy summit, loving every minute of it. The approach is beautiful, the rock is awesome and the effort is plenty challenging though not punishing.  And after a couple of months of trail running, races and loose-rock scrambles closer to home, it was the perfect change.

The only small problem, if you can call it that, is that it’s hard to capture the day in photos when you’re busy climbing or belaying. Here are a few shots worth sharing. 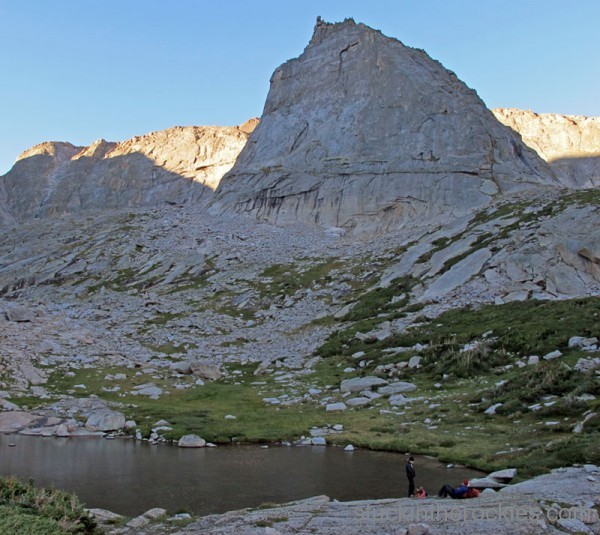 Taking five to fill up on water before we start. First light hits Chiefs Head behind Spearhead. 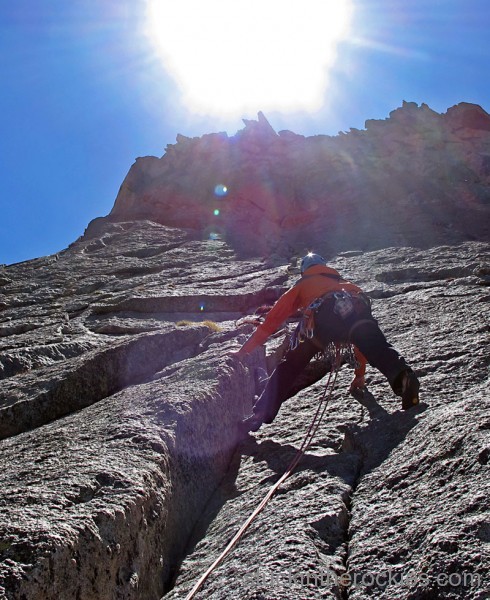 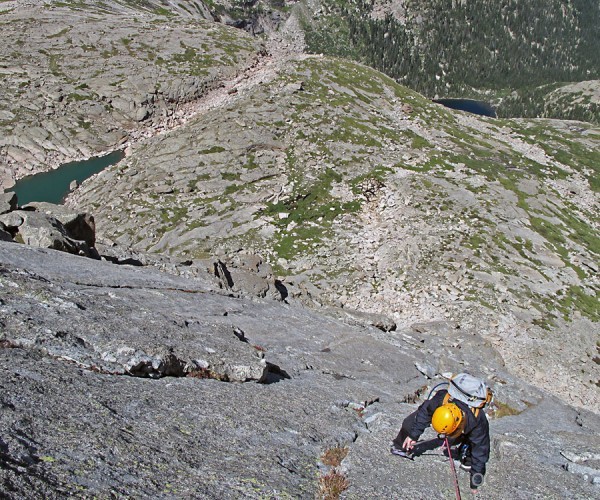 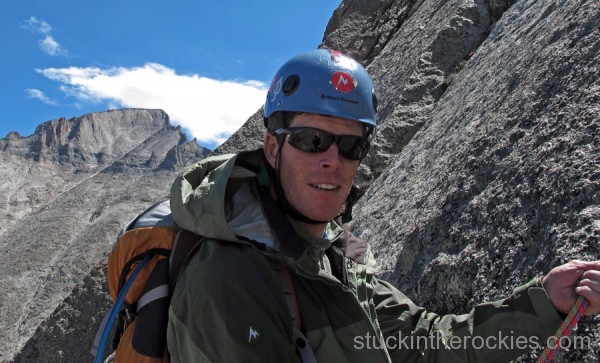 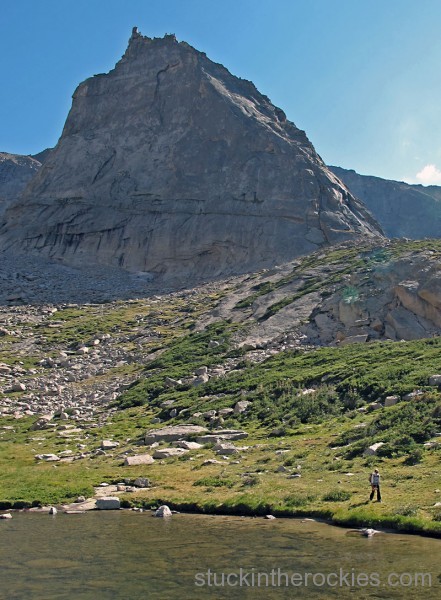 It was just perfect.

And now it’s time to pack. We’re changing it up again with a spur-of-the-moment trip to Mount Rainier.

More on that soon. 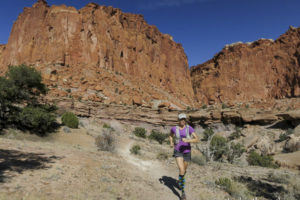 After the 3 mile warmup on Highway 24, we got on the Chimney Rock Trail.

We decided to check out Capitol Reef National Park last weekend. Like many people, we had long known of this National Park in south central Utah but had never spent any actual time there. One of its major attractions is the Waterpocket Fold, a 100 mile long exposed monocline