Who wants to be a Vermillionaire? Well, today seven of us stood on the top of Vermillion Peak at 13,894 ft. feeling pretty lucky to have a chance to ski down the Vermillion Dollar Couloir and to tag the highest peak in San Juan County. 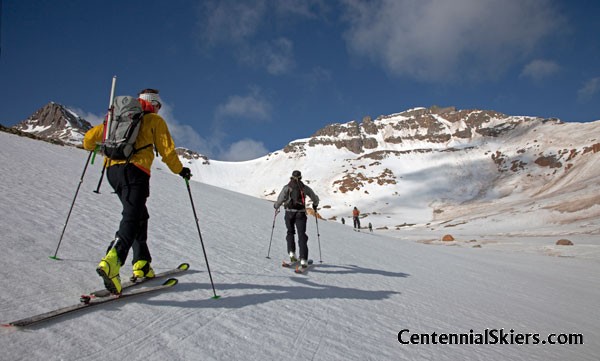 Cruising through Upper Ice Lakes Basin. Vermillion Peak is ahead and the couloir can be seen ascending the center of the face, topping out just to the left of the summit. 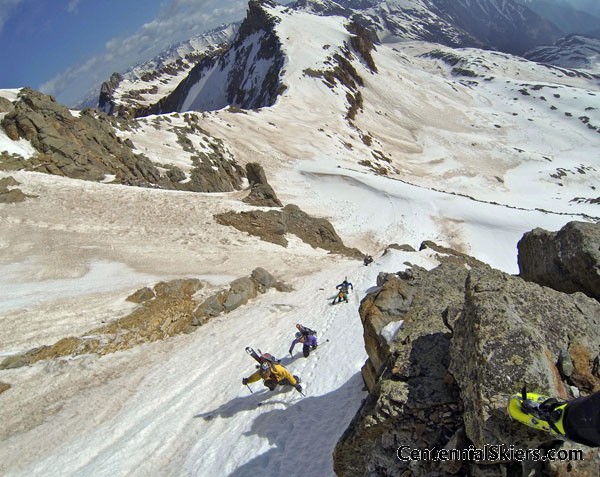 Our group grew today to include two ski partners from Aspen, Anda Smalls and Chris Lane, as well as Ian Forhman who couldn’t stay away, and Scott Rinkenberger, a photographer from Seattle who had joined us on the Northwest Volcano ski tour last year. 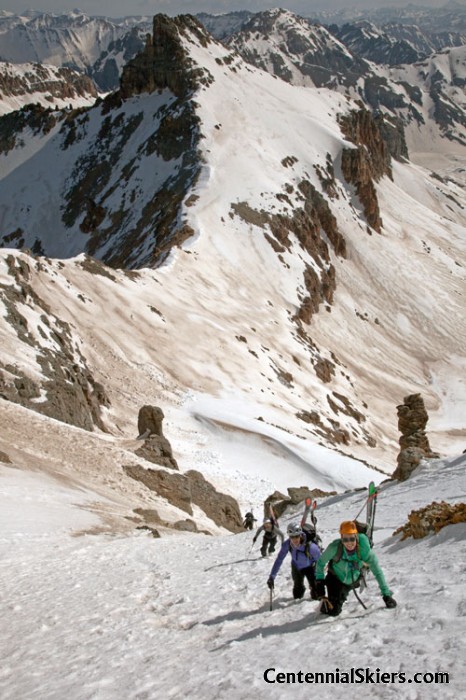 We figured it approach 50 degrees at the top. Golden Horn can be seen behind. 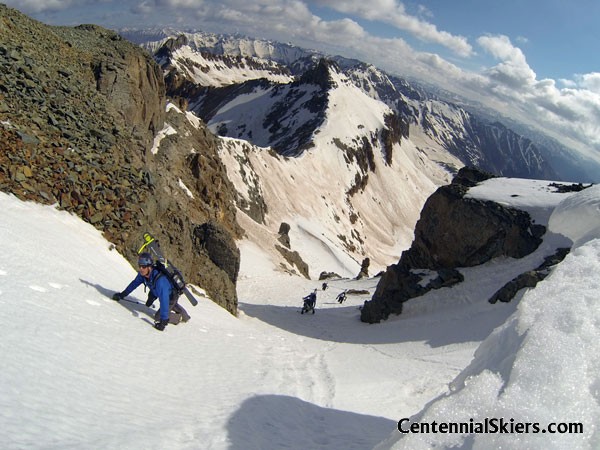 It was a quick drive from Silverton to the South Mineral Trailhead just off of Highway 550 and an easy hike with skis and boots on our backs up the Ice Lakes Basin Trail to just above tree line. We then skinned to the base of the east facing Vermillion Dollar Couloir which reaches a notch near the summit. With a little unsettled weather, the couloir didn’t really soften up and made for a spicy descent of this steep couloir. After navigating the narrow choke at the base of the couloir we skied over to Golden Horn and were able to make a few fun turns down into the basin. 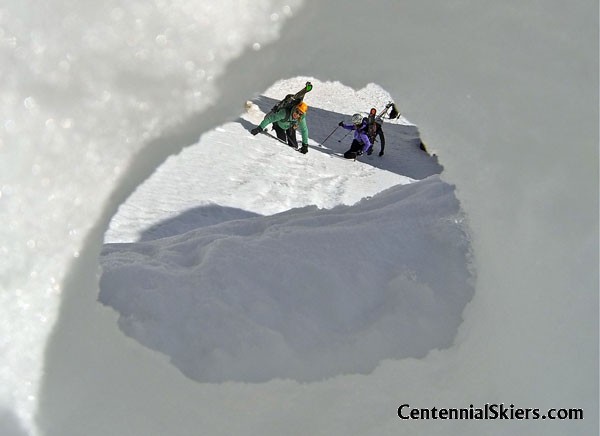 Dav poked a hole through the wind-lip at the top of the climb and caught this shot. 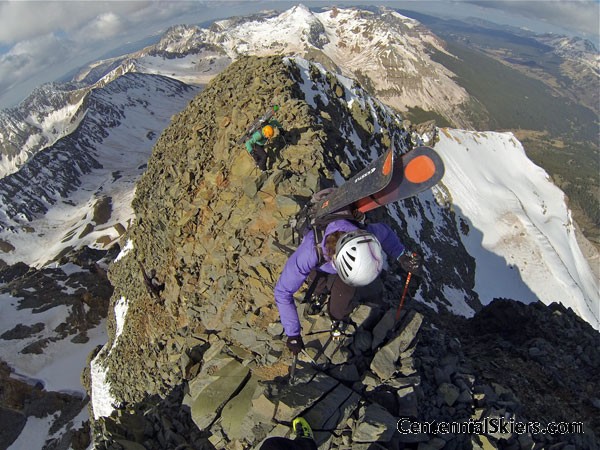 Anda and I making the final steps to the summit.

Just to be up in Ice Lakes Basin, with the lakes still frozen and blue in color, was something we’ve wanted to experience for a long time. Vermillion, which means “flame-red,” is flanked by peaks such as Golden Horn, Pilot Knob, Fuller Peak, and US Grant. The names alone should paint a picture of how strikingly beautiful this basin is and to be out there skiing with friends made it another incredible day of skiing Colorado’s Centennial Peaks. 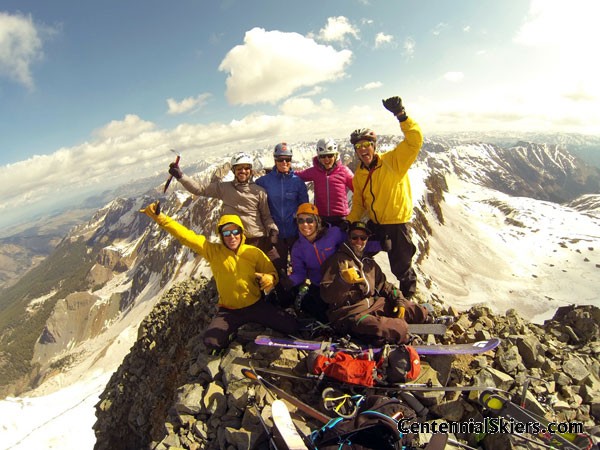 Who wants to be a Vermillionaire? There were several mega-jackpot Powerball tickets in the group– we’ll see how it turns out.

The view to the north. 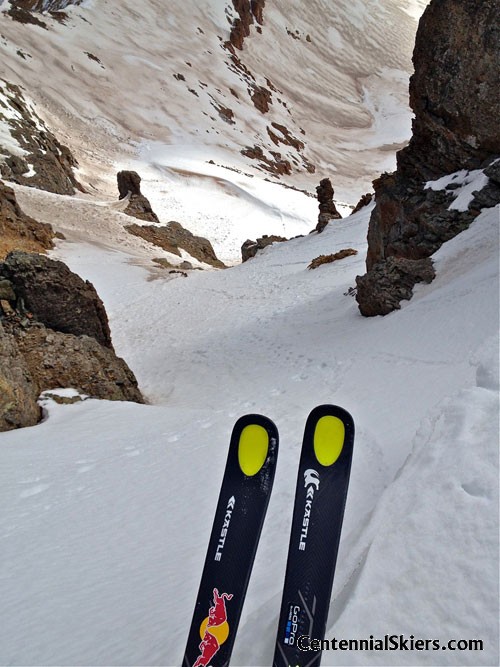 Dav’s ready to drop in.

Even better was that it was a quick day and we were able to be back in Silverton around noon to enjoy the quirky culture of this historic mining town. Spending time in the San Juans this week has been one of the highlights of the project. Too bad the snow is going so fast! 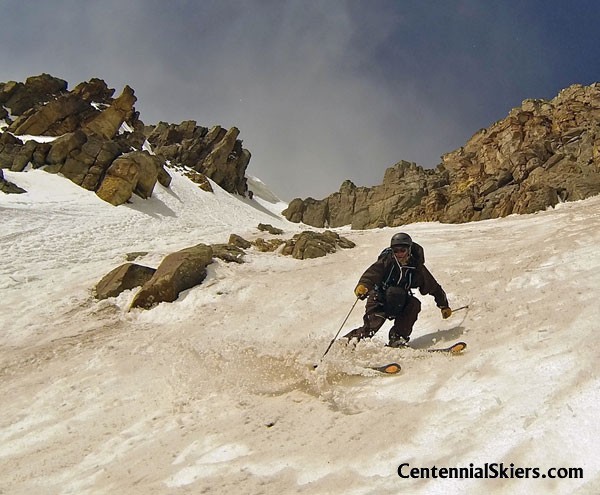 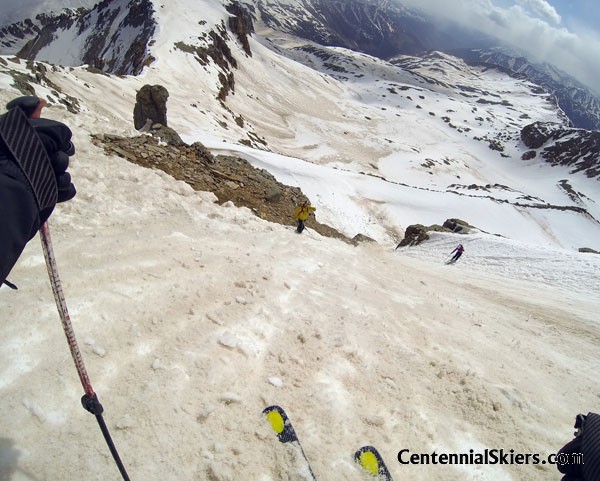 Ted POV in the couloir. 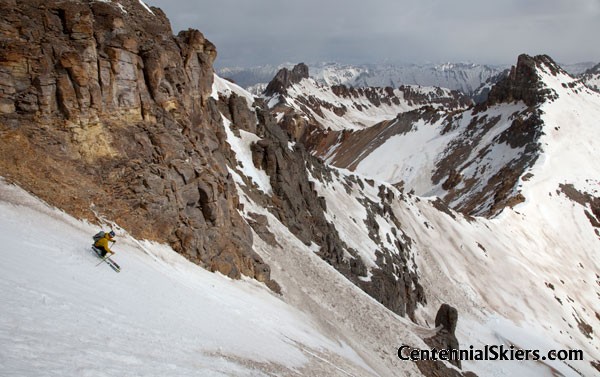 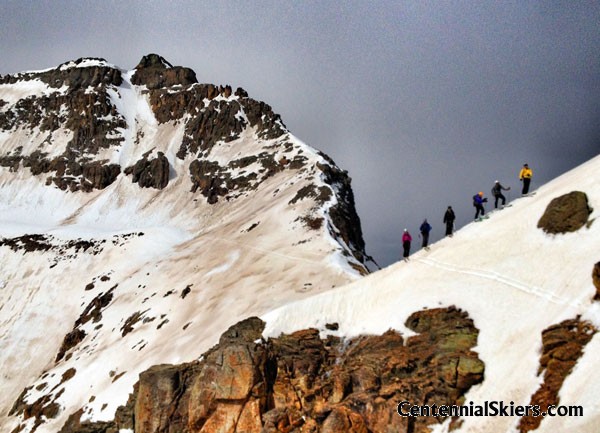 The group lines up on a ridge before dropping into a second couloir that descended from Golden Horn. Vermillion’s couloir can be seen behind to the left. 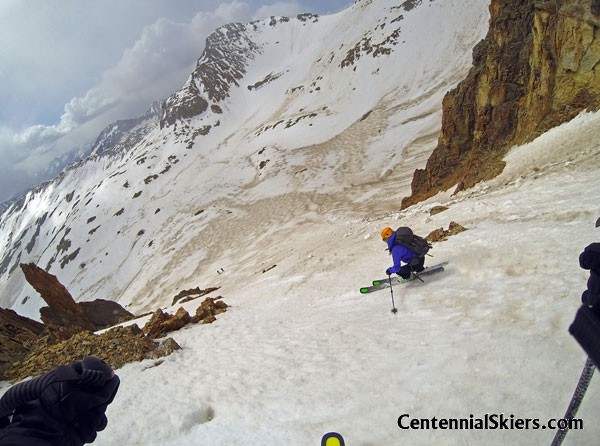 On the lower flanks of Golden Horn. 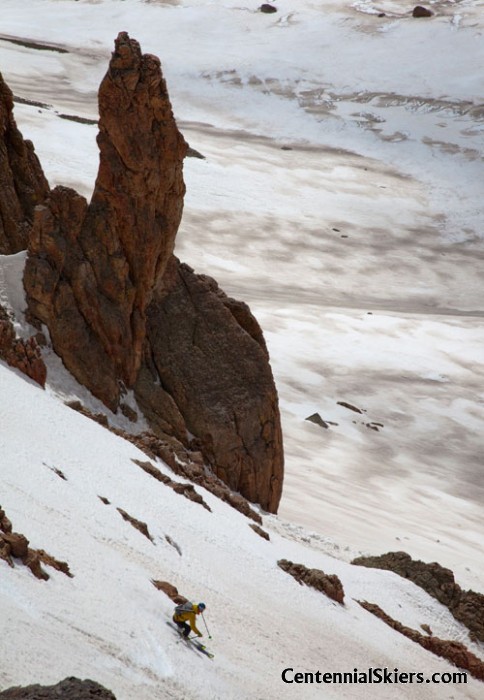 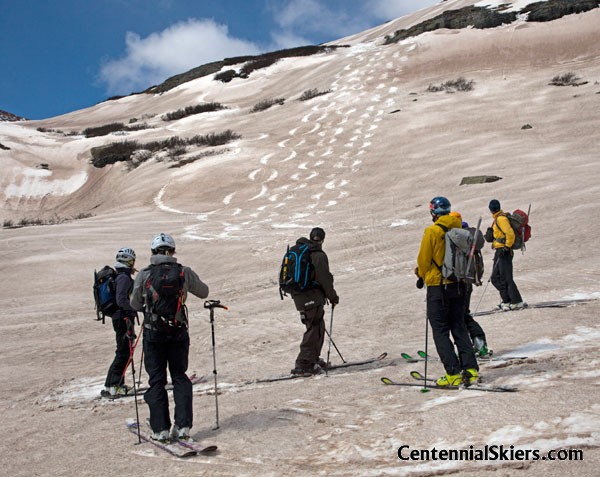 As we exited the upper basin, the snirt allowed for some easily judgeable figure-8 type synchro clowning around. 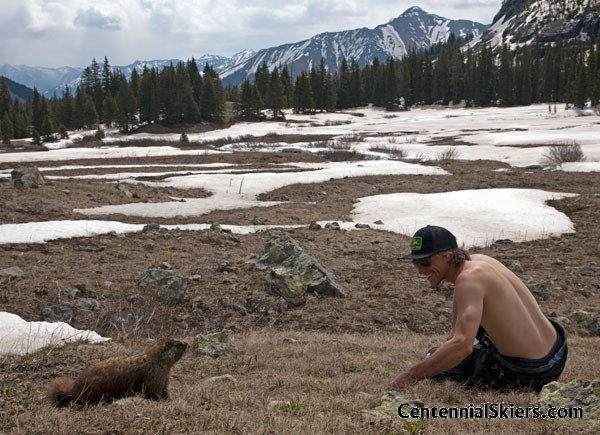 Ian, a marmot whisperer, talked with an area local. 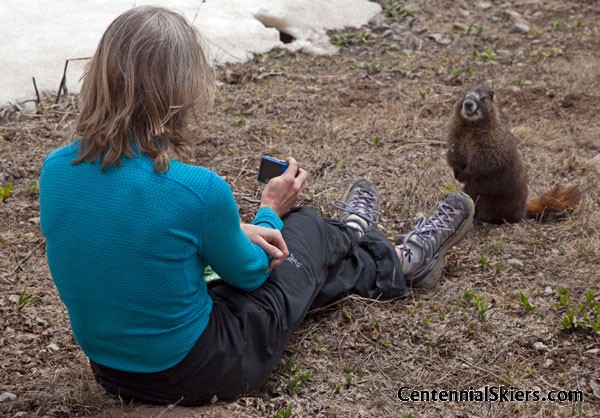 But it was Anda that really piqued its curiosity. 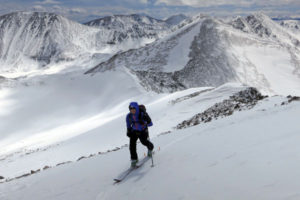 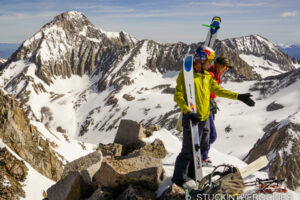 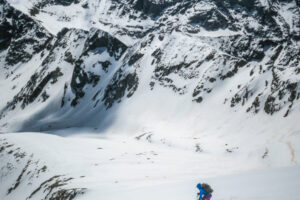 A spring ski descent of Twin Peaks A, just west of the 14er Ellingwood Point, in the Southern Sangres.