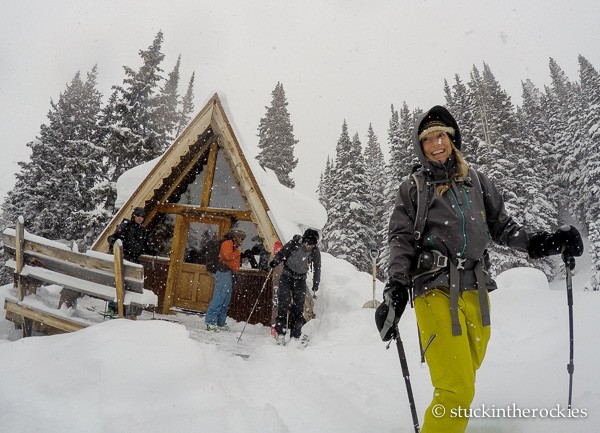 It’s a tradition of ours to escape the holiday season craziness in Aspen and head up to a hut on the night of Christmas Eve. This year we went to Tagert Hut, up in Pearl Basin above Ashcroft. 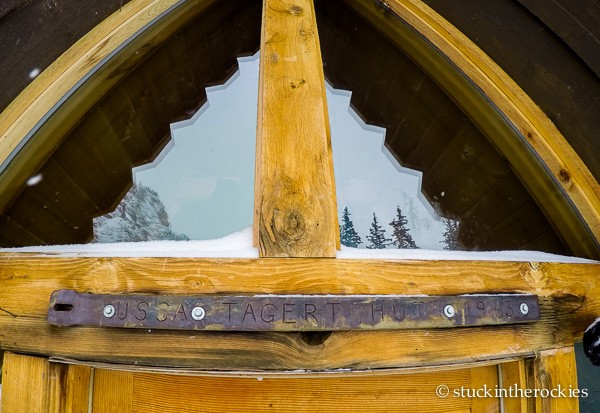 Tagert Hut is named after Billy Tagert who was the mail carrier between Ashcroft and the old town of Dorchester in the early 1900’s.

We have been able to make this annual pilgrimage for four years in a row, and while the destination isn’t always the same, the goal never changes– to get away for a relaxing Christmas Eve-ning with a group of friends and do a little backcountry skiing on Christmas Day. Tim and Joey joined us as they always do, along with Greg Shaffran. Allen Hadley came in from Crested Butte, and Petra Pirc made the trip all the way from Taos. Tagert Hut holds seven so it was a full house. 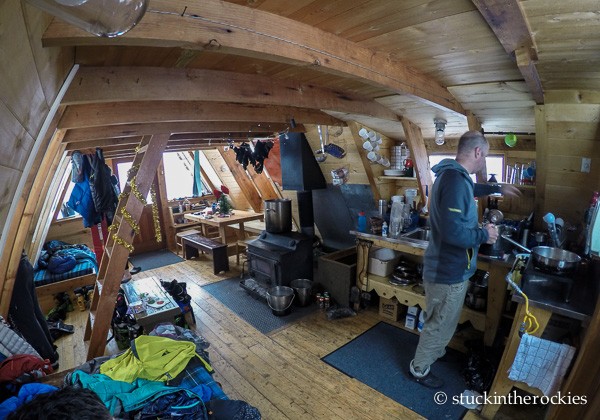 Some recent renovations to the hut have added a lot of light and a good amount of space to the old A-frame. 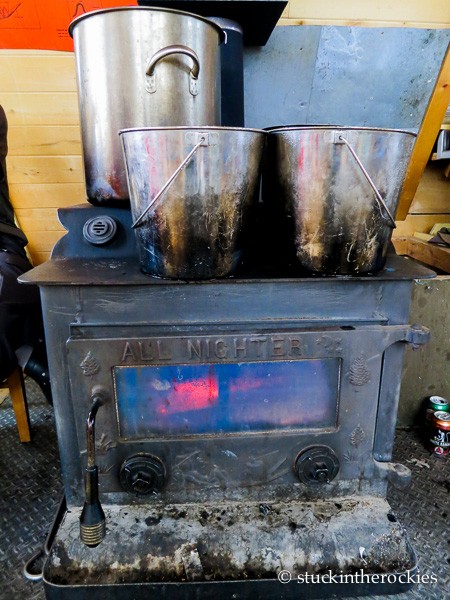 The All-Nighter took a while to get going, but lived up to its name.

This year the skiing was great. Allen and Petra headed into the hut first and had to break trail for 3 miles through all the new snow that fell this week. After everyone arrived it began to snow more, and we woke up to 6 more inches on Christmas morning, and it didn’t stop there. After our casual breakfast we went out for a tour up in the direction of Pearl Pass and it was snowing so hard our ski options were limited by the winds and driving snow. We couldn’t get up high on Mace Peak or near the Pearl peaks, but what we did ski (down closer to the hut) was really good. 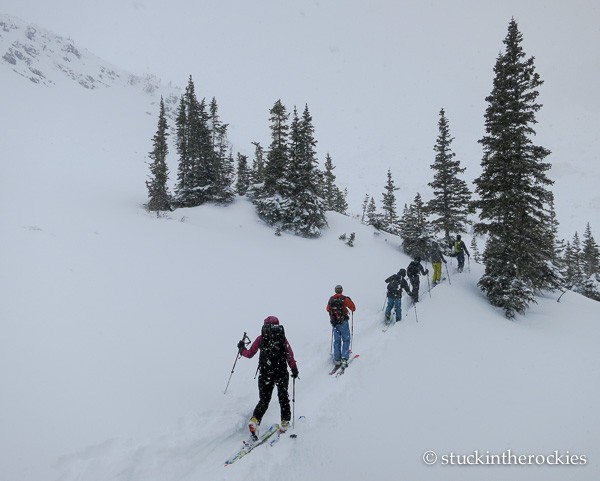 The Seven Dwarfs headed out into the storm. 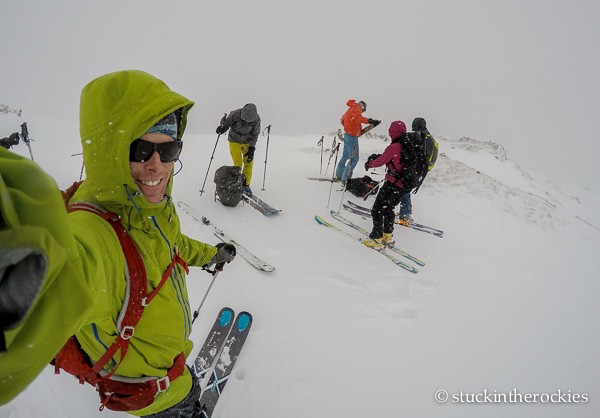 It was short on views, but at least the skiing would be good. 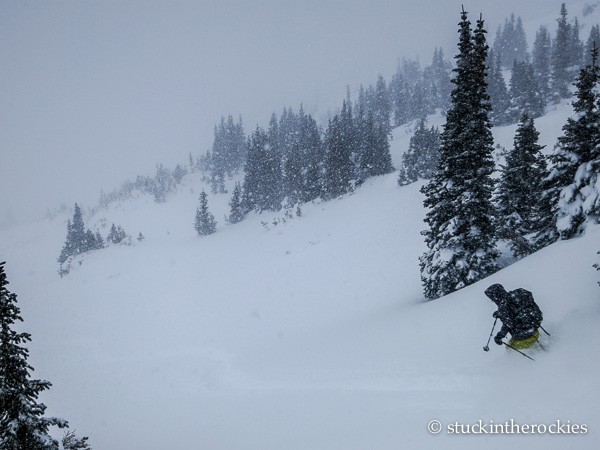 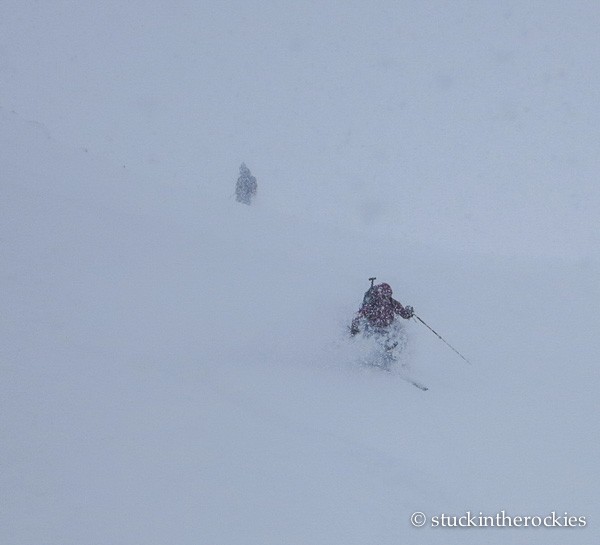 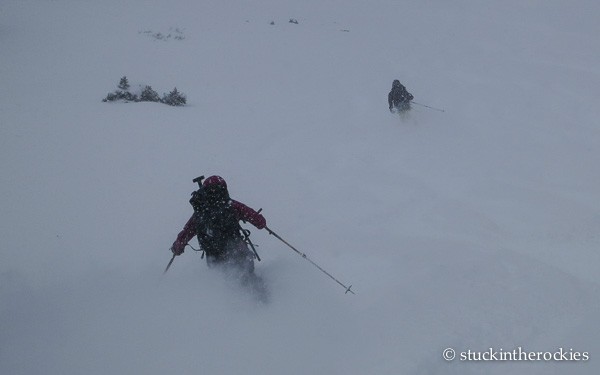 Petra stacks her turns on Christy’s. 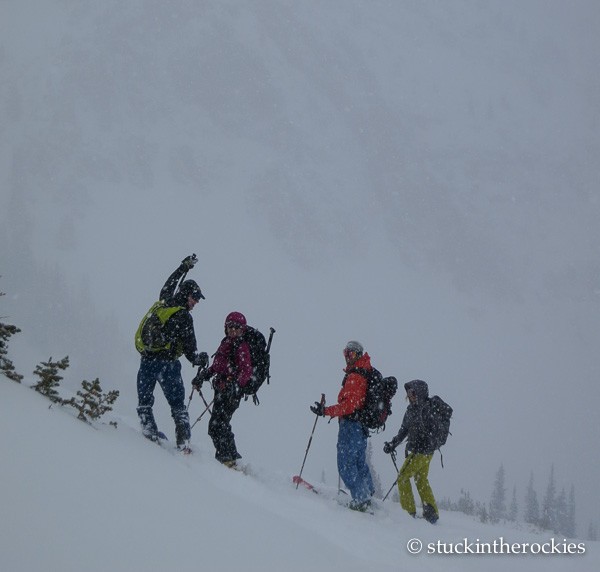 Trying to catch a view. 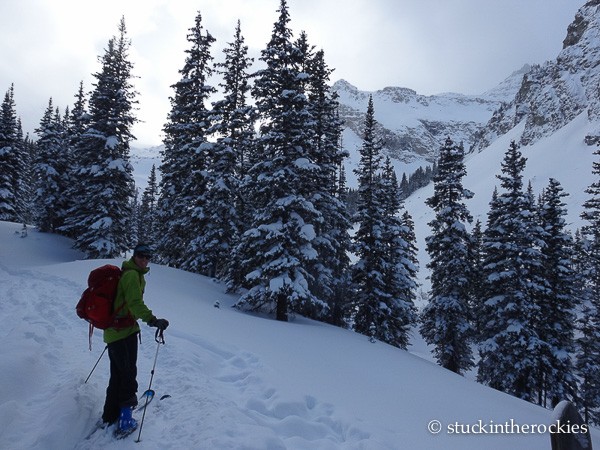 And then it was time to head home. 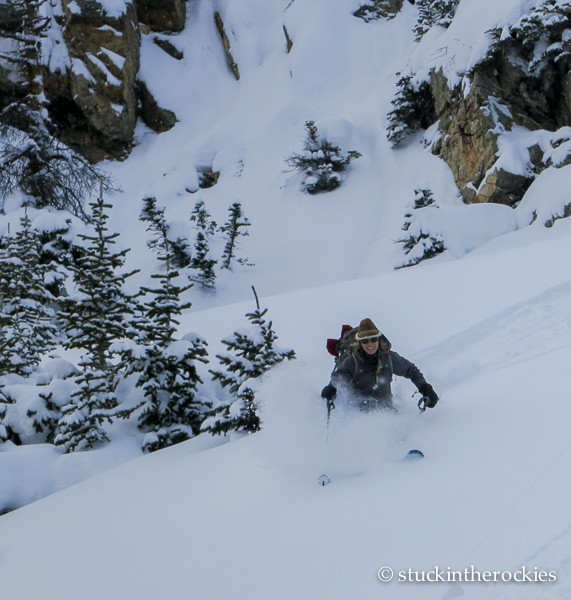 It was a Merry Christmas for sure. 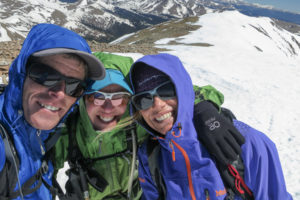 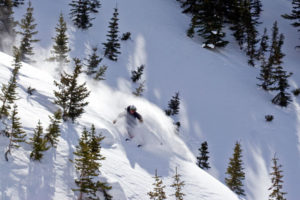 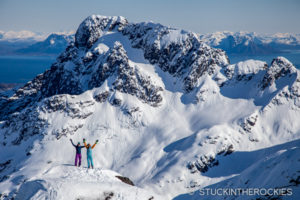