May 21, 2017 Posted by Christy Camp/Backpack, In the Desert, Running, Travel & Destinations 2 Comments 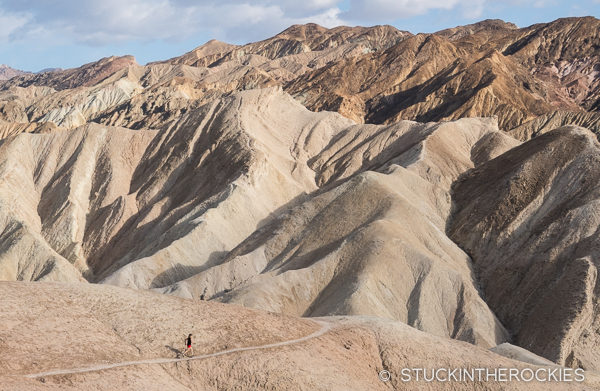 On the trail towards Zabriske Point.

[Christy here] At first passing, we weren’t sure Death Valley had much to offer two winter weather loving, mountain Mahons from Colorado. As we drove through en route to the Sierras with skiing on our mind, it was 109 degrees and we had never experienced wind so hot. But that didn’t stop us from soaking up a little park history and a prickly pear margarita (in honor of Cinco de Mayo) at the historic Inn at Furnace Creek Resort before continuing west. 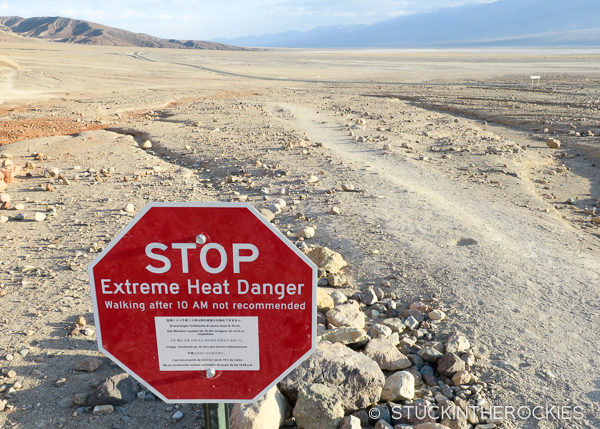 Looking out towards Badwater Basin. There’s a reason why it’s called Death Valley.

However, when a small storm moved into the Sierras mid-week, bringing wintry conditions to the mountains, we took the opportunity to head back to Death Valley National Park knowing that it would be unseasonably cool. Park rangers were quick to point out how lucky we were to explore the park at a perfect temperature of 75 degrees (not unlike January), which made for awesome trail running, camping, and bird watching. We were even able to see the elusive Salt Creek Pup Fish! 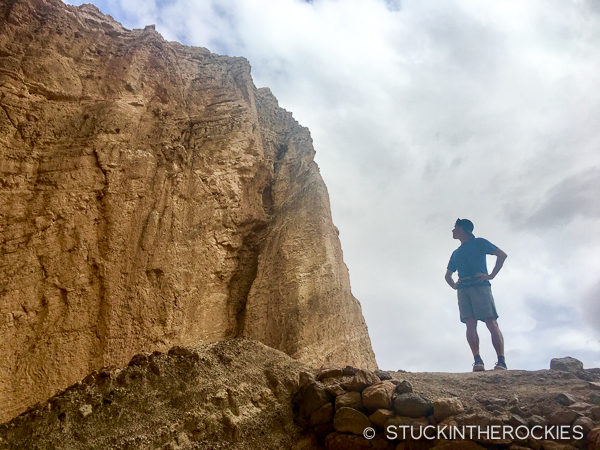 Taking a moment in the Red Cathedral. 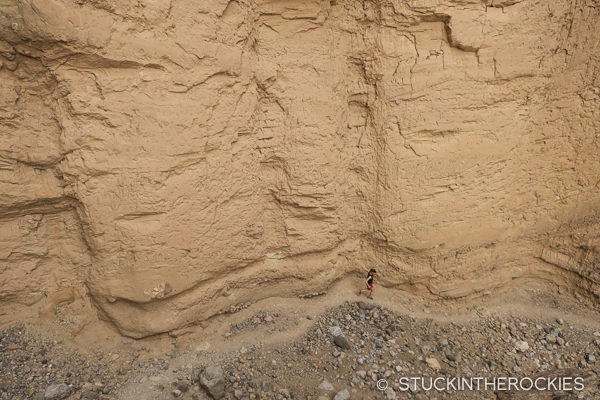 Descending back to Golden Canyon. 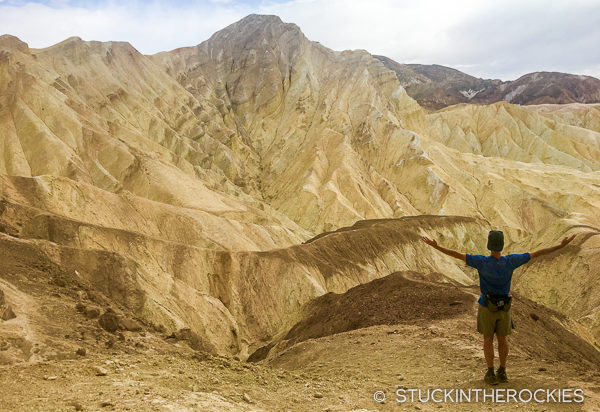 Taking it all in.

Death Valley offers good trails through some of the classic locations of the park. With the temperatures being a relatively chilly mid 70’s we opted for a 7.8-mile loop took us through some of the popular sites. The trail started at Golden Canyon near Furnace Creek, led through narrow passageways to the Red Cathedral, over to Zabriskie Point, and then weaved back through the badlands of Gower Gulch. We got to do the run at sunset with beautiful light that lit up the colorful hills and made for some unforgettable views. 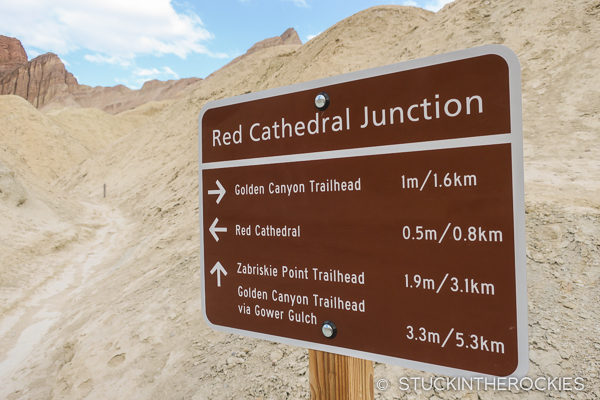 You don’t want anyone to get lost in a place like this, on a hot day you might not make it home. 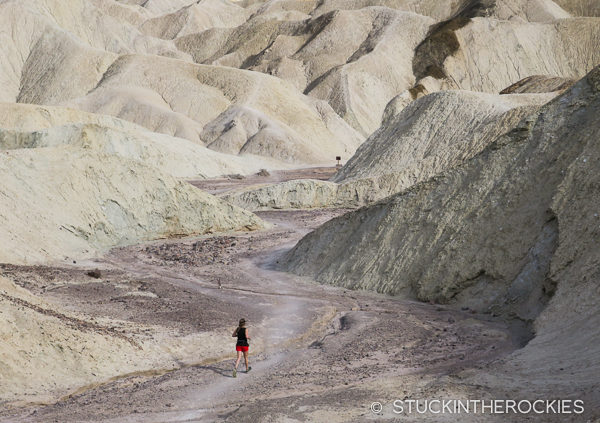 On approach to Zabriske Point. 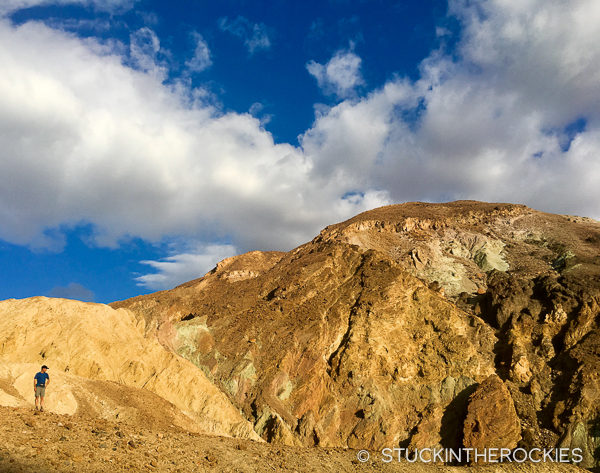 Golden Canyon living up to its name. 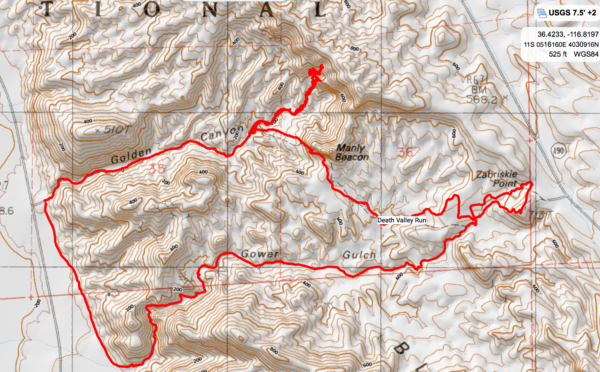 A route overview of the loop we completed.

After a comfortable camp under May’s Full Flower Moon, the next morning we did a quick 4-mile run/hike up the Mosaic Canyon before heading back to the mountains of the Sierras. On the way out of the Park we hit up a few park highlights like the easy .5-mile Salt Creek Interpretive boardwalk hike where the Salt Creek Pupfish were in spawn! Great interpretive signs along the way explained the pupfish’s cute behavior and the species’ special adaptations throughout time. 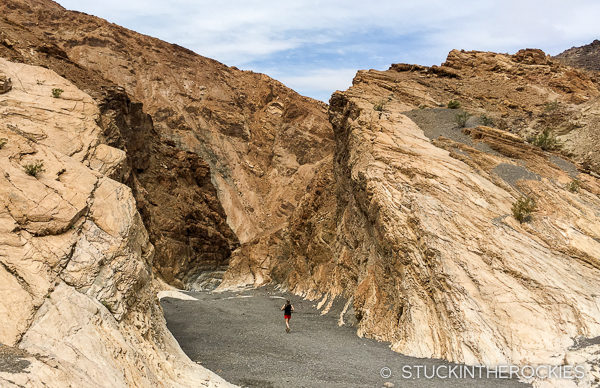 Christy running through the mouth of Mosaic Canyon. 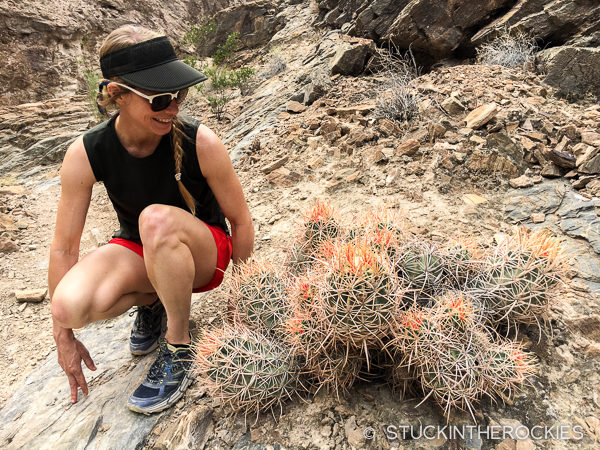 Watch where you sit! 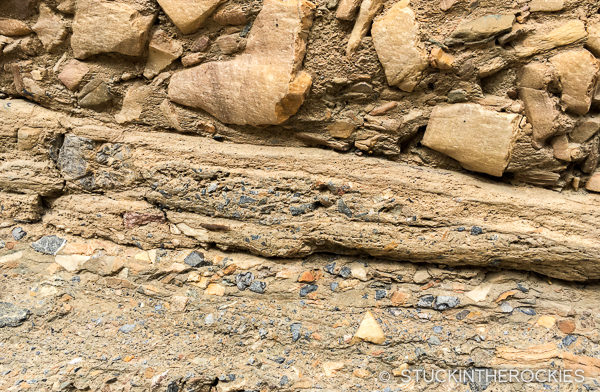 The rock strata that gives Mosaic Canyon its name. 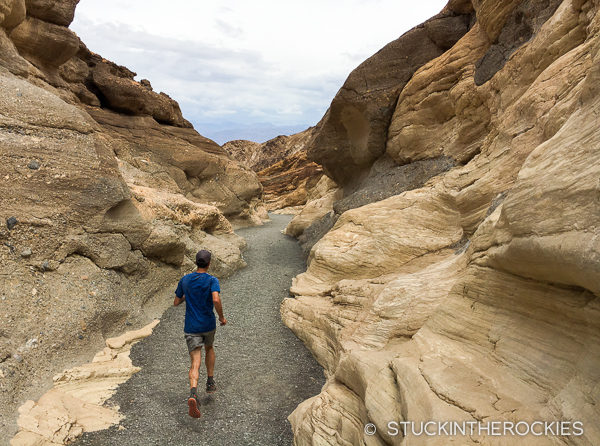 If it rained here much, it might be a flash flood type of canyon– not an issue on our trip today. 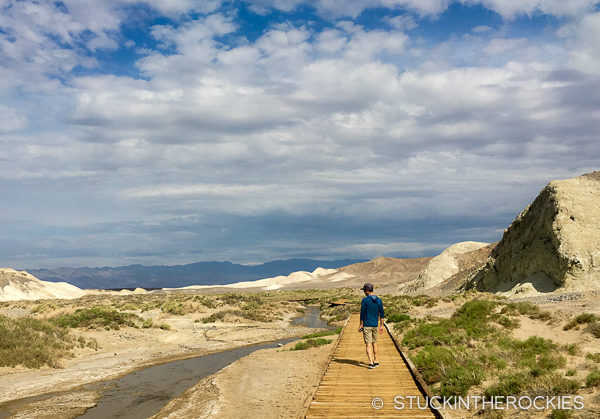 Pupfish hunting at Salt Creek. It was actually really interesting how the various pupfish species here at one time were all the same. After Death Valley became the desert it is today, and creeks and rivers no longer flowed as freely into one another as they once did, the newly isolated populations of pupfish differentiated, and today several different species exist.

If you can plan your visit to correspond with cooler temps, Death Valley National Park is a trail runner’s and naturalist’s paradise. 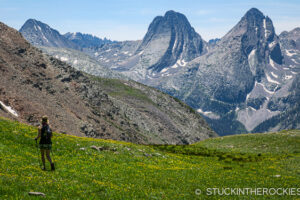 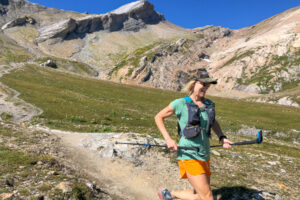 Descending from the Col des Fours, which is the low point of the ridge in the background.

Thoughts and photos from a four day Tour du Mont Blanc trailrunning trip around the Mont Blanc massif through France, Italy and Switzerland. 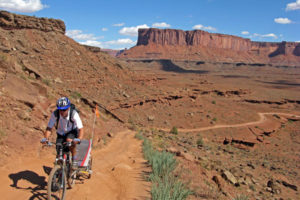